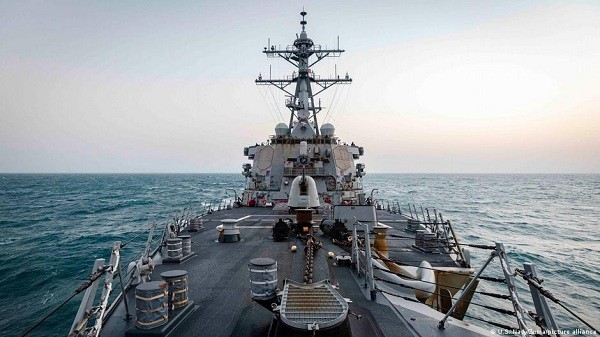 TAIPEI (Taiwan News) — The Ministry of Foreign Affairs (MOFA) slammed China’s recent claims that the Taiwan Strait is its territorial waters and exclusive economic zone (EEZ), calling it “absurd” and insisting that the strait is international waters.

Bloomberg reported Monday (June 13) that Chinese military officials have been claiming that the Taiwan Strait is not international waters during meetings with U.S. officials in recent months, causing increasing concern from the Biden administration. As China rarely mentions the legal status of the Taiwan Strait during meetings with the U.S., the comments have raised suspicions about China’s intention to stop other countries’ naval vessels from entering the waters.

China’s Ministry of Foreign Affairs claimed Monday that the Taiwan Strait is its territorial waters and EEZ and that China has sovereignty and jurisdiction over the waters, CNA reported. The ministry contended that the international law of the sea does not have any stipulation regarding “international waters” and that “related countries” were just manipulating the Taiwan issue to make excuses for threatening China’s sovereignty.

She said that Taiwan has respected actions of foreign vessels in the strait that are within the boundaries of international law, including innocent passage. Taiwan understands and supports the freedom of U.S. vessels to sail through the strait and their contribution to regional stability and peace, Ou said.

The Chinese government has deliberately distorted international law and downgraded the Taiwan Strait to its EEZ, a manifestation of its ambition to annex Taiwan, the spokeswoman added, per CNA.