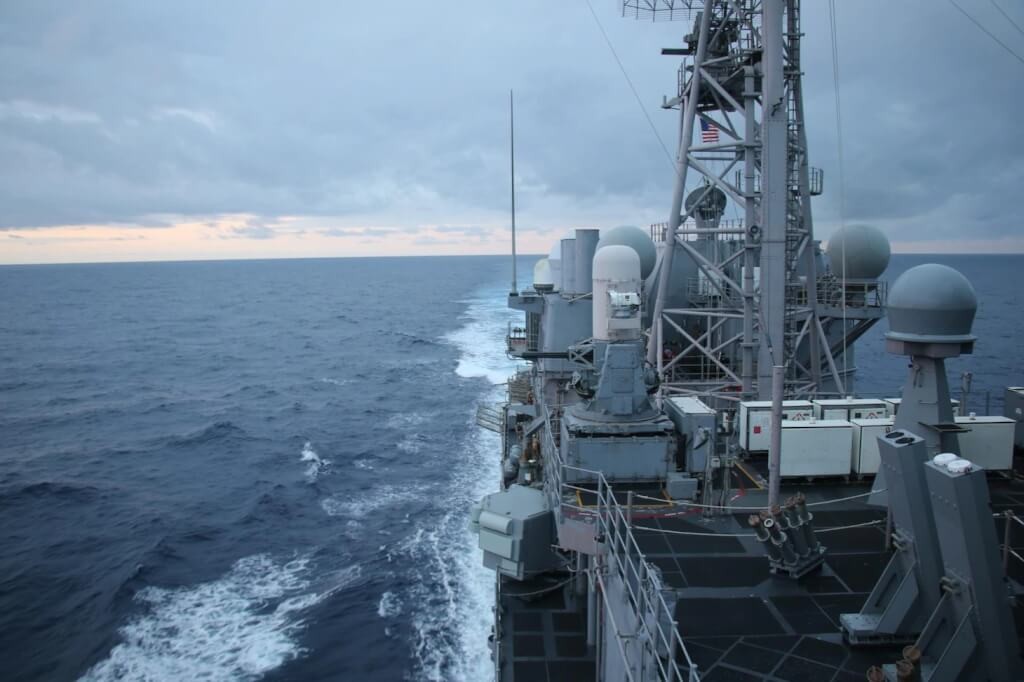 TAIPEI (Taiwan News) — China has recently tried to claim the Taiwan Strait is not considered international waters, most likely in an attempt to stop U.S. transits along the waterway.

According to Bloomberg, Chinese military officials during meetings with American counterparts in recent months have repeatedly asserted that the Taiwan Strait is not international waters. Taiwan, the U.S., and American allies say most of the strait is open, with the U.S. routinely sailing naval vessels through it as part of freedom of navigation exercises.

China frequently complains that U.S. transits harm stability and send the wrong signal to Taiwan. Meanwhile, Beijing fails to point out its own increased military aggressiveness toward Taipei with its frequent air defense identification zone incursions and ramped up naval exercises around Taiwan.

Although Beijing’s claim seems to signal a change of position, it’s unclear if China will actually confront foreign naval vessels that transit the Taiwan Strait, according to the report. At a regular press briefing on Monday (June 13), China Foreign Ministry Spokesman Wang Wenbin (汪文斌) repeated China’s claims of “sovereignty” over the Taiwan Strait.

Washington is unlikely to stop its Taiwan Strait transits which it says “demonstrates the U.S. commitment to a free and open Indo-Pacific.” The U.S. Navy has conducted at least five transits through the strait so far this year.

“The United States will continue to fly, sail, and operate wherever international law allows, and that includes transiting through the Taiwan Strait,” Bloomberg cited Lieutenant Colonel Martin Meiners, a Pentagon spokesperson, as saying by email.