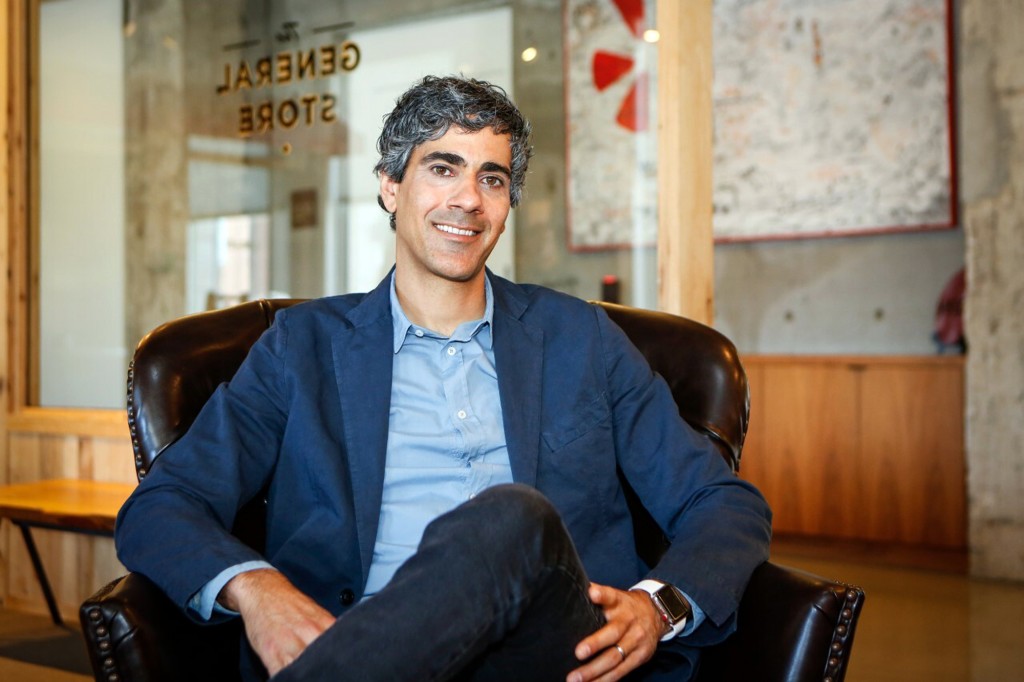 Many major companies have chosen to stay quiet on the abortion debate, but Yelp and its CEO Jeremy Stoppelman have chosen a different path.

The San Francisco-based online reviews site is among the handful of companies covering travel costs for employees and their dependents who must travel out of state to obtain an abortion, a thorny topic that's poised to become the chatter of many boardrooms if the Supreme Court overturns the landmark 1973 Roe v. Wade decision. If Roe falls, roughly half of U.S. states are expected to ban or put greater restrictions on abortion.

Antitrust reform is another big topic for the 44-year-old Stoppelman, who's been a vocal critic of Google and what he sees as the company's monopolistic practices. He spoke recently with The Associated Press about Yelp's abortion stance, the COVID-19 pandemic and antitrust legislation. The conversation has been edited for clarity and length.

Q: The company has come out very forcefully in support of abortion rights. Do you have any fears that it’s going to put it in the crosshairs of conservative politicians, especially in light of what happened with Disney in Florida?

A: There’s always a risk with taking a stand. But our calculus is: this is one worth taking. It’s really important to our employees, especially our female employees. And I think it does have quite broad support. I’ve seen polling that suggests north of 70% of people in America feel that women should have the right to choose, along with the collaboration of their doctor. As a business leader, you’re often doing things that attract attention one way or the other. When you feel strongly, and feel like it’s the right thing to do — and the right thing for the company — you just have to move forward.

Q: Why do you think many major companies have stayed quiet on this issue?

A: I think it’s really disappointing to say the least. If you go back prior to the Trump administration, there was a lot of advocacy on the part of CEOs and the companies behind them. They were speaking out on important issues, whether it was bathroom bills or on small businesses trying to discriminate. There were lots of companies that were eager to stand up. Perhaps what happened was in the Trump era, there was an element of risk and reaction from the administration. I think it created a bit of a silencing effect when it comes to corporate leaders speaking out. I don’t think that changed our behavior.

But certainly, a lot of the usual suspects have been quiet. Obviously, we’ve long been speaking out on various social issues, and we continue to be involved. But we used to have a lot of friends speaking out with us. And we’d like to encourage those that are considered it, or on the fence, to join in.

Q: You’ve been an advocate of antitrust reform. What do you think are the prospects of getting something done in Congress this year?

A: There’s a number of bills in Congress right now. Very promising ones. And I think the general tone in Washington is a sea change from the past. There is a particular bill by U.S. Sen. Amy Klobuchar that we support, which is anti self-preferencing. One of the most egregious behaviors of Big Tech is when they have a competing property or product of their own, they interject and steer consumers away. And I think that’s very destructive to competition. When we look at it through our analysis, we think Senate Majority Leader Schumer has the votes to get it passed. So we really think it’s time to bring it to the floor. And he’s made a suggestion it will happen early summer, so we look forward to that.

Q: The administration has said there could be about 100 million COVID-19 cases later this year. How are you anticipating that’s going to affect the business?

A: Our big move was to go remote. So we decided in 2020 that Yelp would be remote-first. Surprisingly, perhaps, it’s been really successful for us. Our employees are feeling really good about it. There’s more time for family and hobbies. And we’ve seen continuing productivity.

That’s been our great adaptation and one that will extend far beyond pandemic. I’ve tweeted — perhaps controversially about this — but I believe that remote work is fundamentally a better way of working. It’s a better operating system for modern businesses. It’s a disruptive innovation. Since industrialization, we’ve had one way of working: going into an office. The drive on average for Americans is over half an hour each way, unpaid. And that seems very inefficient and outdated. Granted, it wasn’t until recently that video conferencing really provided a serious competitor to the traditional office. But I do think more companies will embrace remote. The advantages are too high.

Q: And how are you anticipating the surge in COVID cases to impact your business if Americans become more hesitant about going out to eat? How are you expecting the site to be impacted?

A: For restaurant and retail, we have seen continued recovery for Q1. If there's a terrible variant, people get scared and huddle inside. People are going to go to stores and restaurants less. When it gets safer, people go out more. That shows up in our data.

So it can have effects on the business. But we have been in kind of recovery mode for some time now, and certainly people are trying to get on with their lives and move past the virus. But it’s hard to predict whether the virus will truly fade into the background, much like other viruses or if it will have some new twists and turns that we didn’t expect.

One thing that’s always been true about Yelp is that our platform is broad-based so when consumer spending shifts, say from restaurants to something else, that other category is often captured somewhere else on Yelp. We saw that during the height of the pandemic when consumers spent more time at home, they tended to spend more on home services. Yelp has been particularly resilient through the pandemic and past recessions, in part, because of our horizontal platform.