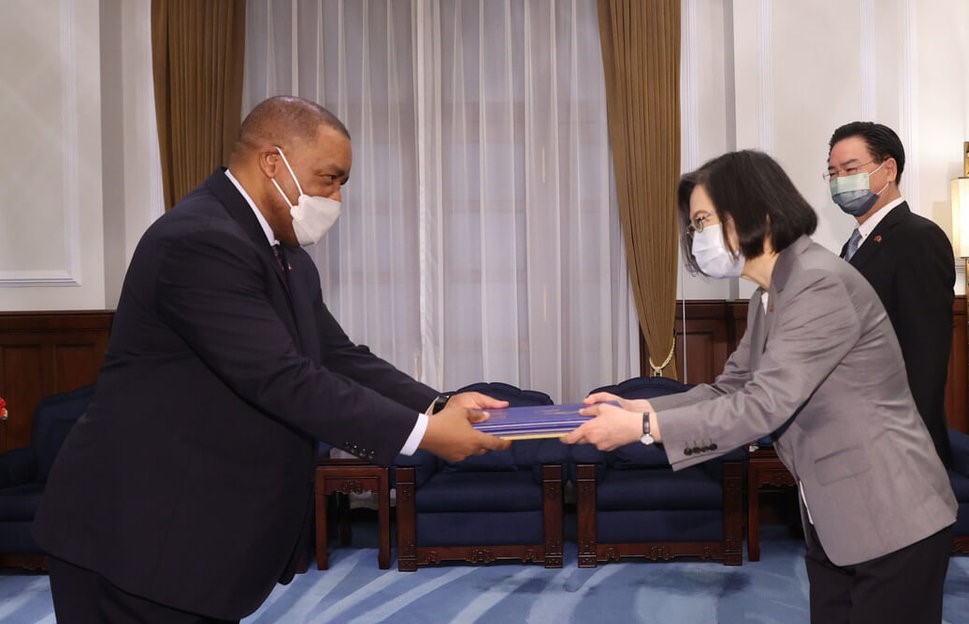 Tsai said Taiwan and Eswatini worked together in the production of medical masks during the height of the pandemic. Such close cooperation demonstrates the strong friendship between the two nations and proves both are vital partners in pandemic prevention, she said, according to CNA.

Tsai said she visited the African country in April 2018 to celebrate the 50th anniversary of the establishment of diplomatic relations between the two countries. She said she was glad King Mswati III visited Taiwan a little more than a month later.

The president said that during her trip, she felt the deep friendship between the two countries and witnessed the results of bilateral exchanges in various fields. She said there are plans to expand cooperation in areas like information security.

Tsai thanked Msibi and his country for their steadfast support of Taiwan's international participation over the years. At the World Health Assembly in May, Eswatini spoke up for Taiwan.

The president asked the ambassador to convey Taiwan's gratitude to the Eswatini government and its people. She said she believes that with Msibi’s professionalism and experience he will be able to help the two countries deepen their existing partnership.