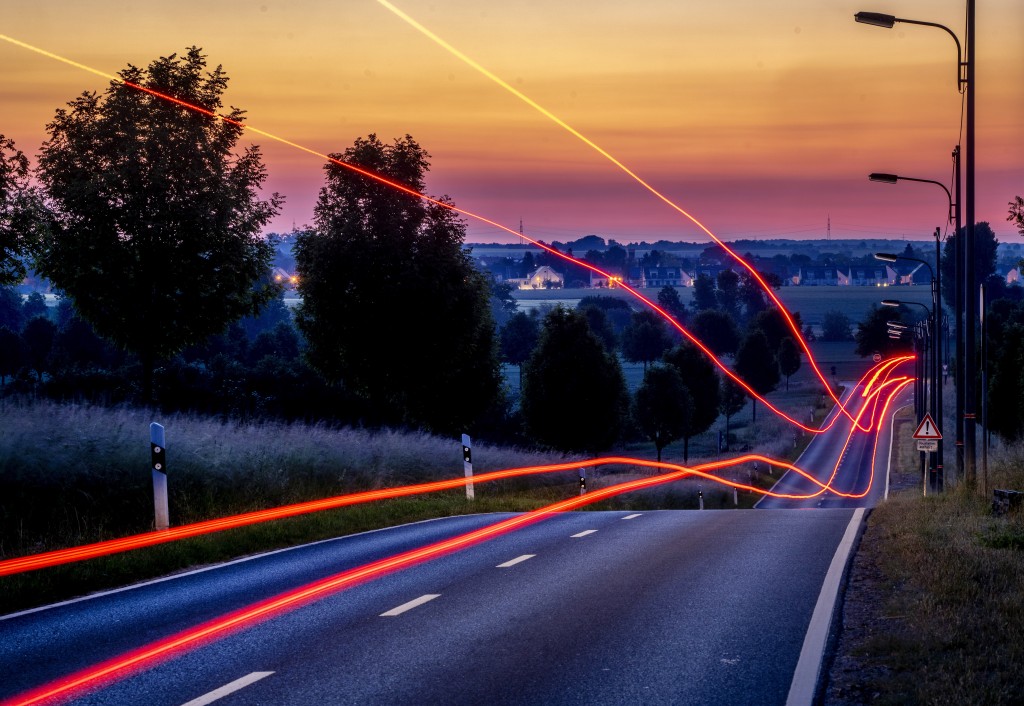 TAIPEI (Taiwan News) — Driving at low speed but in high gear is the most “NG” or “no good” habit for Taiwan drivers, according to the latest rankings for driving behaviors from Toyota.

The world’s biggest automaker has been running a series of top five listings on its Instagram account for driving and cars in Taiwan. The latest looks at what harm can be done to a car in its “Driving NG behavior rankings.”

First was driving at low speed and in high gear because it could lead to stalling and damage the cylinder heads. It also causes lugging, which is when the engine finds it difficult to accelerate and has no power, often leading to vibrations or shaking.

In order of ranking, the full list was as follows:

According to a Nownews story on the subject, netizens were quick to get in on the action and spell out their own gripes, such as:

The news outlet also explained why lugging and stalling in a high gear when driving manually was bad for the car, as many people had assumed a high gear and low revs would be quiet and fuel efficient.

A large majority of those commenting, however, were shocked that polluting the car by eating stinky tofu was not the greatest sin. 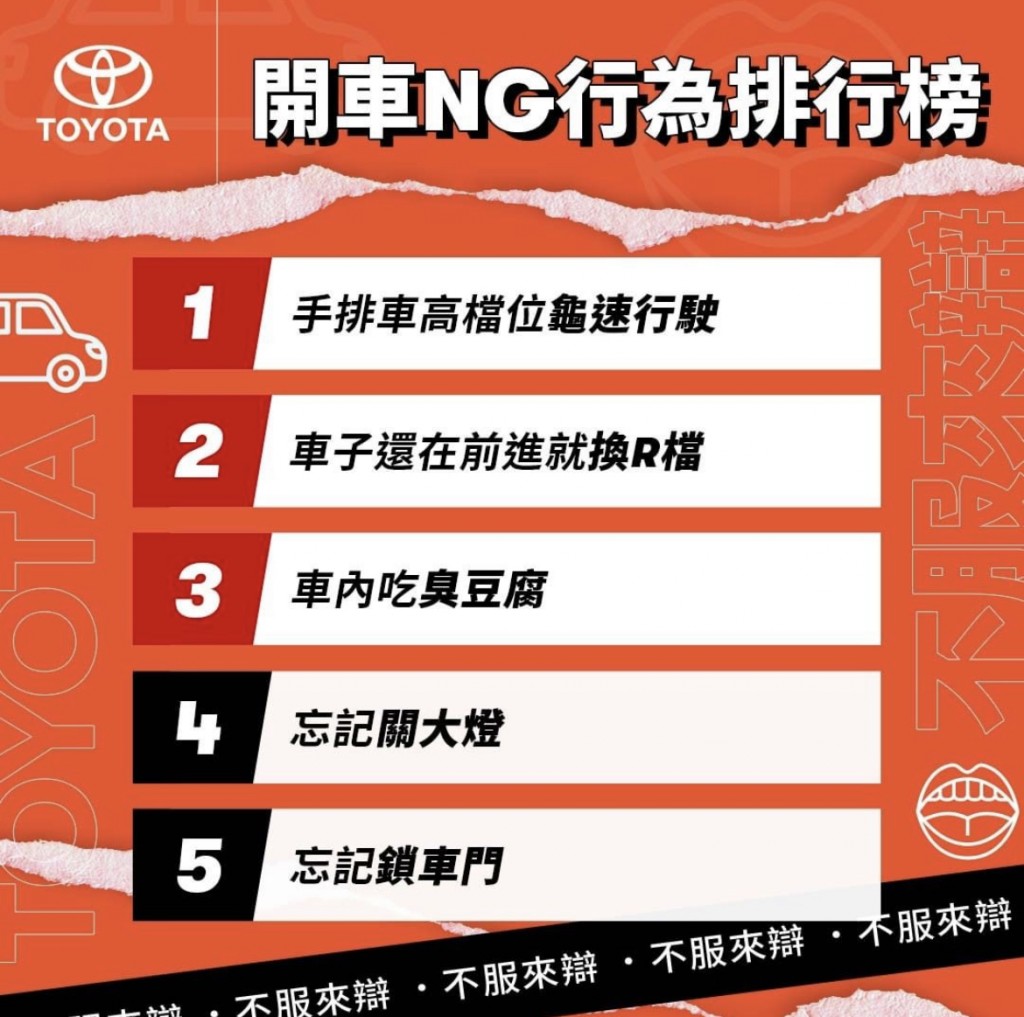