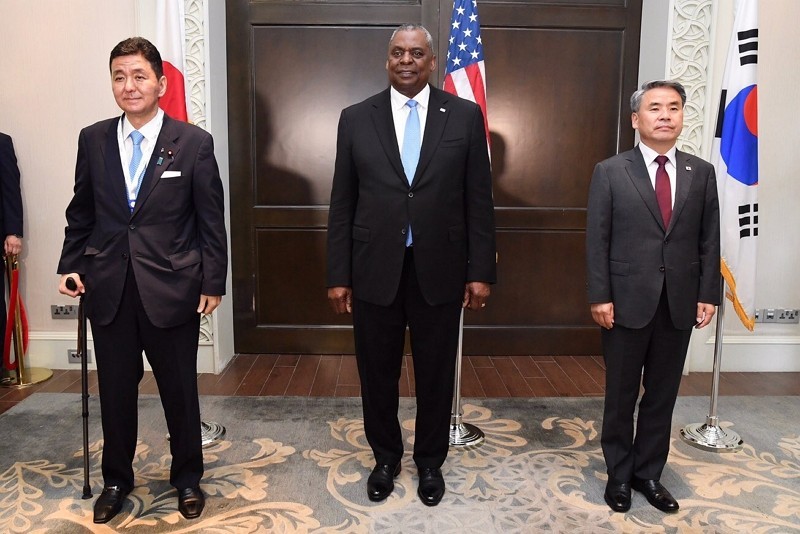 TAIPEI (Taiwan News) — For the first time, the defense ministers of the United States, Japan, and South Korea mentioned the importance of Taiwan in a joint statement, reports said Saturday (June 11).

In one passage, the three ministers declared their “strong opposition” unilateral actions seeking to alter the status quo and increase tensions in the region. “They emphasized the importance of peace and stability in the Taiwan Strait,” the statement continued.

The ministers also discussed the key role of free navigation and overflight, while expressing concern about actions going counter to the international rules-based order. All disputes should be resolved peacefully while respecting international law, the three military chiefs said.

After the talks, Kishi told reporters that developments in the Taiwan Strait should be monitored closely because the area’s stability was important to the international community, Kyodo News reported. The Japanese defense chief also said the military balance in the strait was beginning to lose its equilibrium, an apparent reference to China’s aggressive military modernization and the almost daily incursions of its military planes into Taiwan’s air defense identification zone (ADIZ).