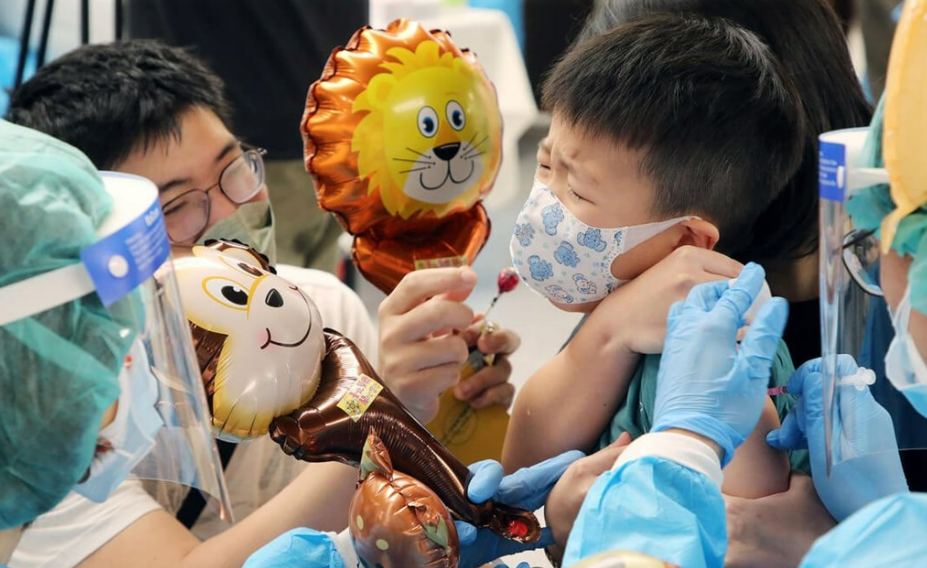 TAIPEI (Taiwan News) — Children aged 5 to 11 will only have to wait four weeks before receiving a second COVID-19 shot instead of the current 12 weeks, reports said Friday (June 10).

A panel of experts came to the conclusion during a meeting Friday afternoon, but the Central Epidemic Command Center (CECC) still has to decide when to announce the change, CNA reported.

Due to a surge in local COVID infections, the authorities launched the vaccination for 5- to 11-year-old in May. The children can receive either half a dose of Moderna or one dose of a special children’s vaccine from Pfizer-BioNTech.

As more children became infected, some experts began proposing a shortening of the interval between the first and the second jab to eight or even four weeks. As a result, the CECC Advisory Committee on Immunization Practices (ACIP) convened a meeting Friday afternoon to discuss the issue.

Some experts reportedly worried that allowing a second jab too soon after the first would increase the risk of side effects. However, when comparing notes about cases of myocarditis after vaccinations, they found that they occurred less than expected and less than in older age groups.

The ACIP meeting reportedly concluded that a shortening of the interval to four weeks did not pose any risks to the children’s health. It was now up to the CECC to announce the change and set a time for its introduction, CNA reported.