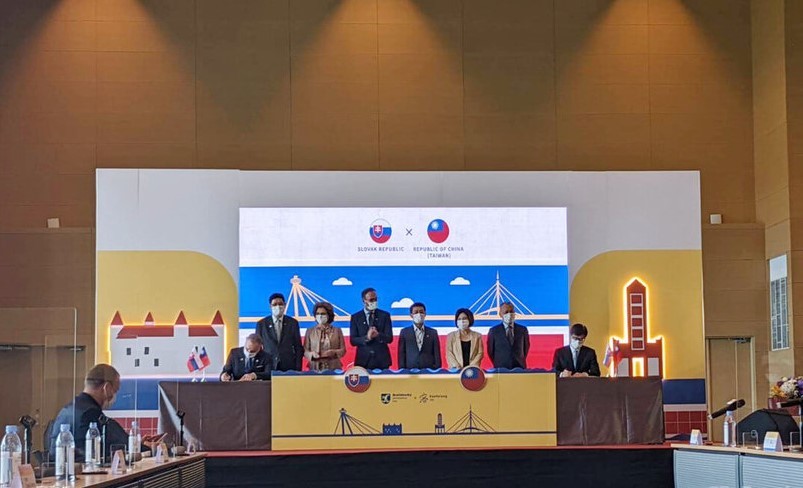 Chen said that Taiwan and Slovakia have many similarities in terms of their industrialization process and practice of democracy. Kaohsiung and Bratislava are also the political, economic, and transportation centers of their respective countries, he noted, adding that there are many opportunities for bilateral cooperation.

Chen said he hoped that through the new agreement, city exchanges will be accelerated and deepened. Droba said that cooperation between businesses and industries must be pragmatic. It is relatively common for Taiwanese companies to invest in Slovakia, he said.

He expressed the hope that more Slovakians will invest in Taiwan in the future. He also said that Slovakia and Taiwan share the values of freedom and democracy and assured Taiwanese that his country will definitely move forward side by side with Taiwan.

Kaohsiung and Bratislava had planned to sign the partnership agreement two years ago, but due to the pandemic and other factors, it was delayed until now, per CNA. After the signing ceremony, Chen invited the delegation aboard a yacht to take a tour of Kaohsiung’s Love River.