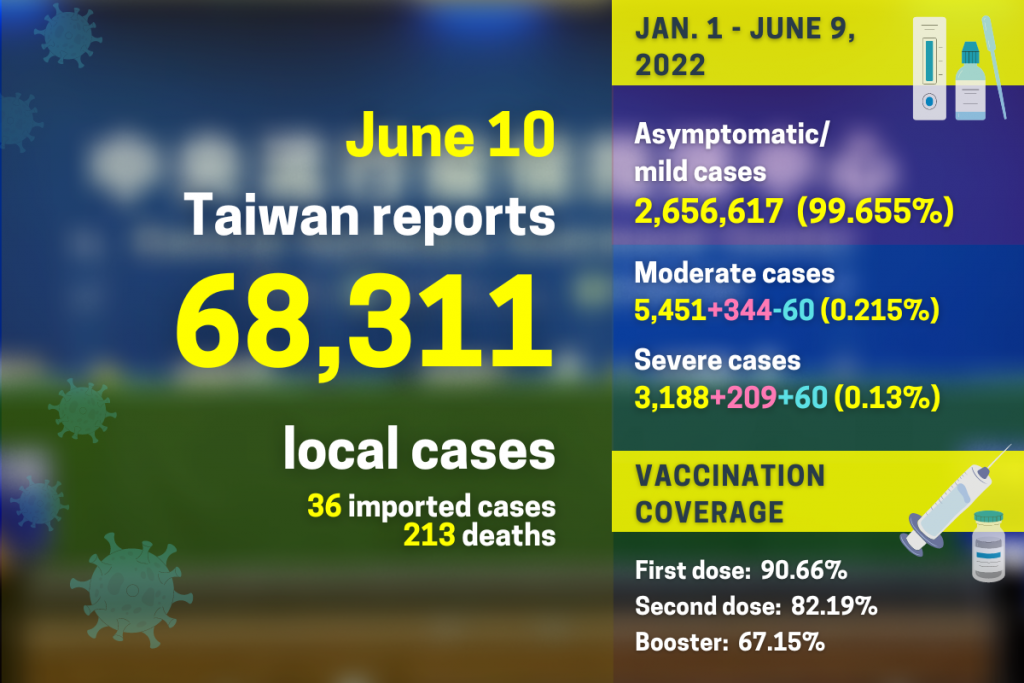 Asked about the country's high COVID-induced fatality rates, CECC head Chen Shih-chung (陳時中) attributed this to the low benchmark scores since early 2020 when the pandemic started, adding the figure does not accurately reflect the country's pandemic control efforts. He also refuted recent sensationalist news headlines that it took Taiwan just 13 days to become the second-fastest country for the number of deaths to double, commenting that such comments are not helpful.

The 213 deaths announced on Friday include 120 males and 93 females ranging in age from their 40s to 90s. All of these individuals were classified as severe cases, 197 had a history of chronic disease, and 135 were not triple-vaccinated. Their dates of diagnosis ranged from May 8 to June 7 and dates of death from May 11 to June 8.

The 36 imported cases include 19 males and 17 females, ranging in age from under 5 to their 90s. Three arrived from the U.S., two from Slovakia, and one each from the United Arab Emirates and Thailand, while the countries of origin of 29 other passengers are still being investigated.