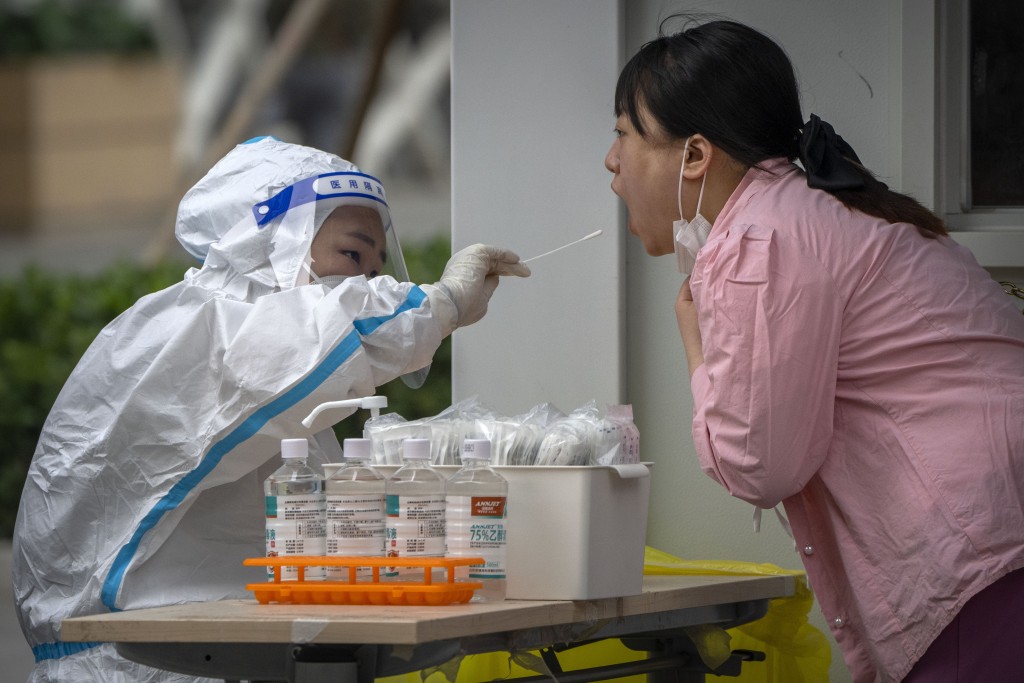 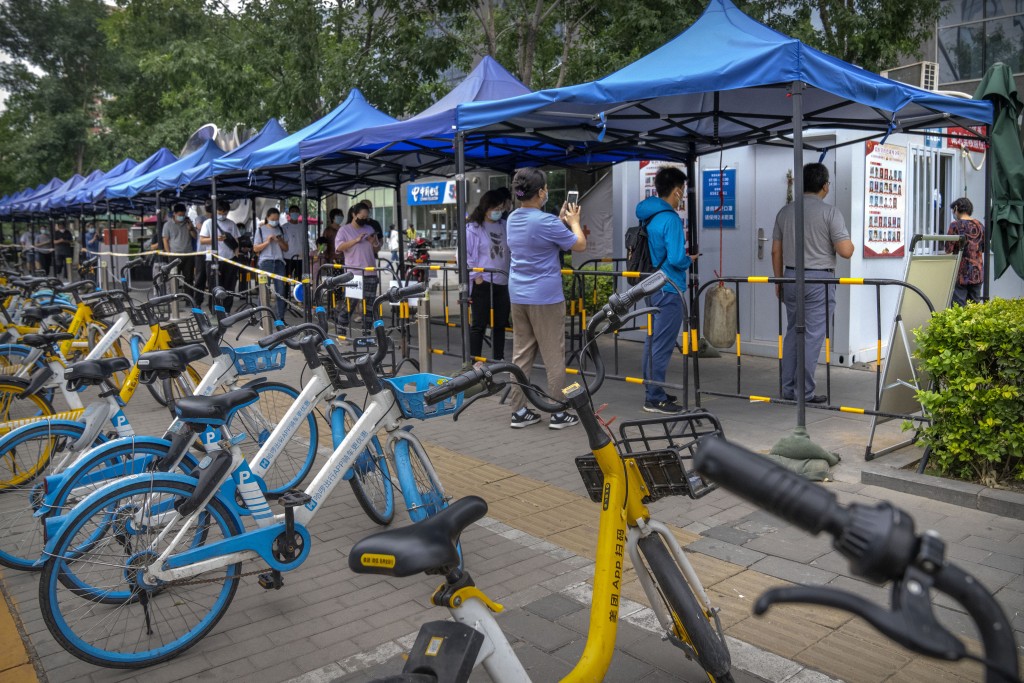 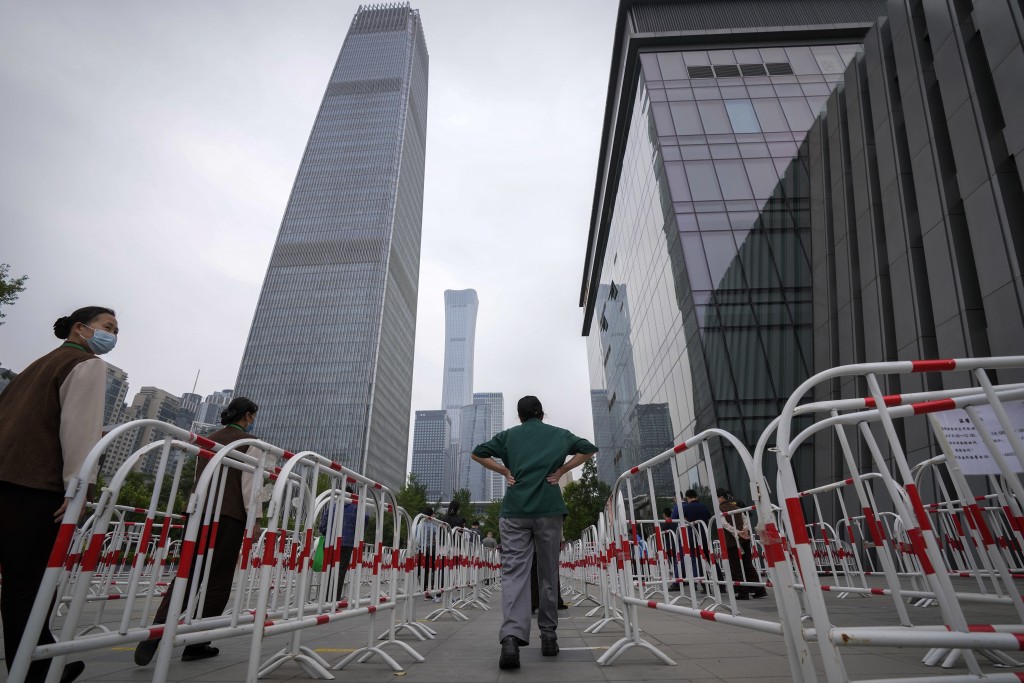 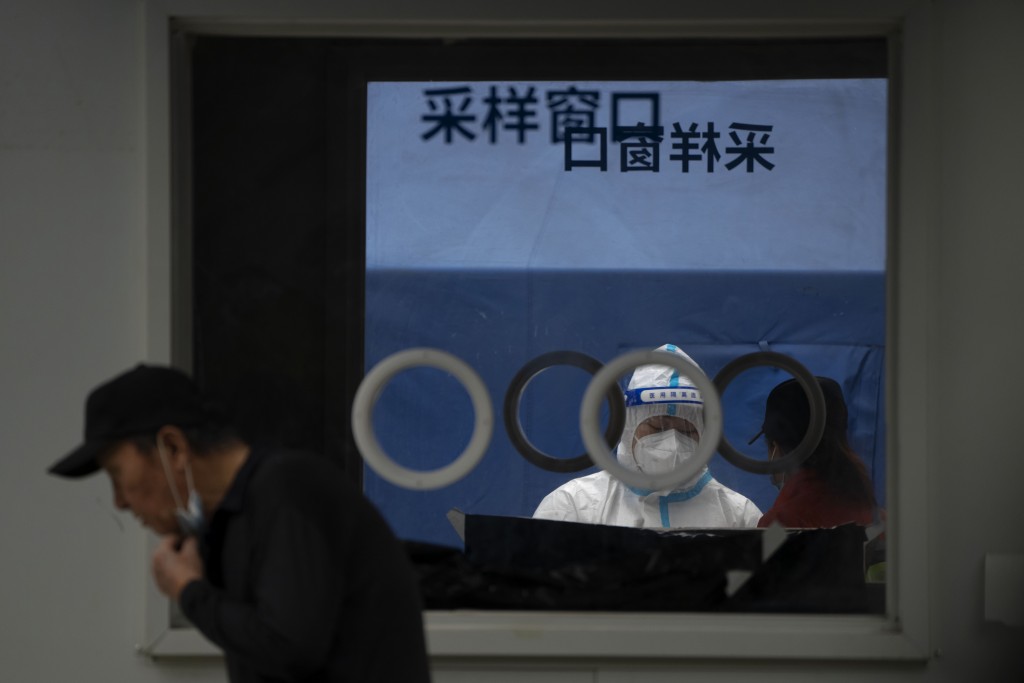 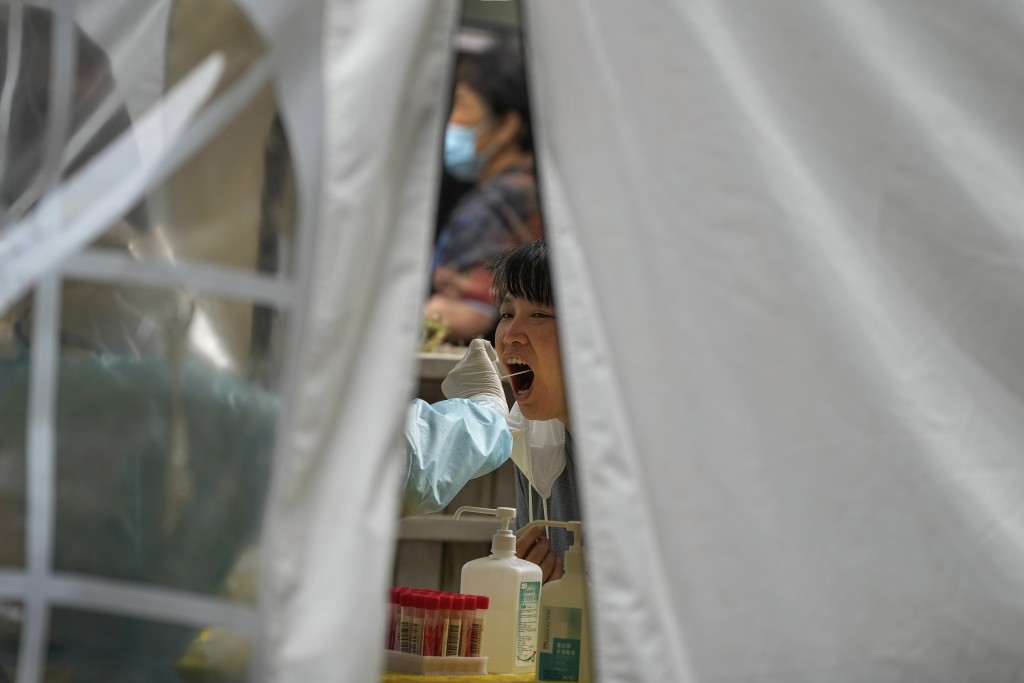 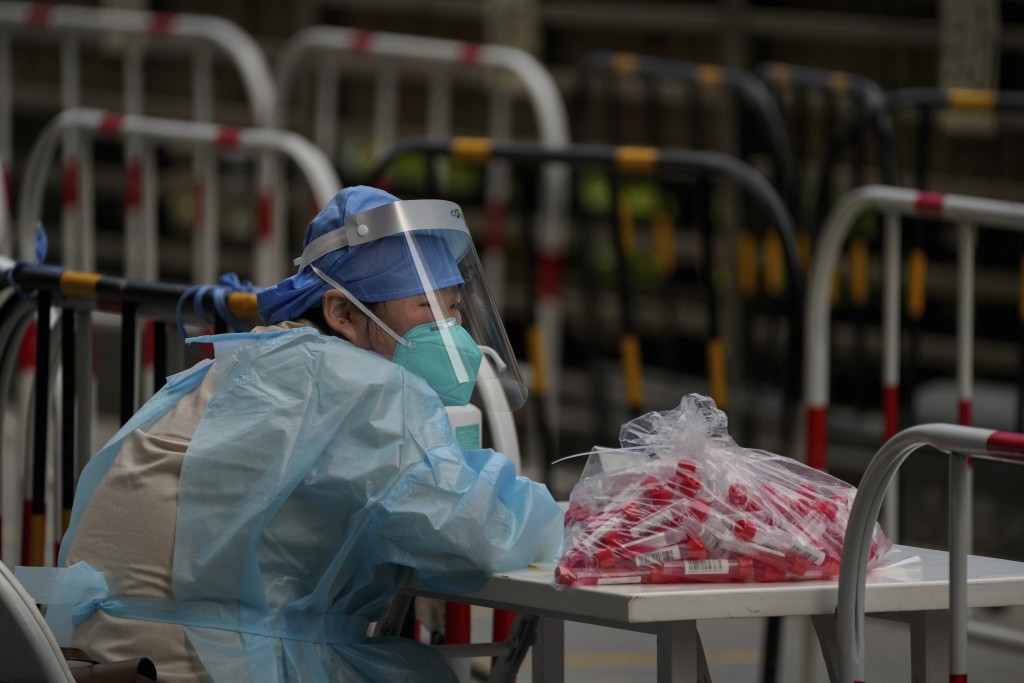 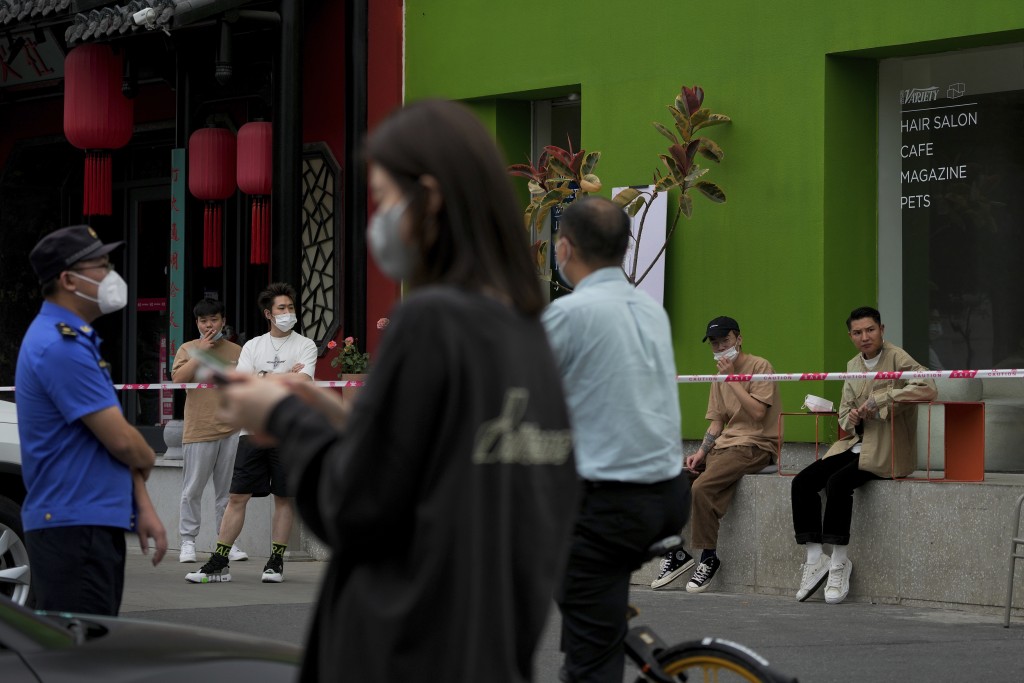 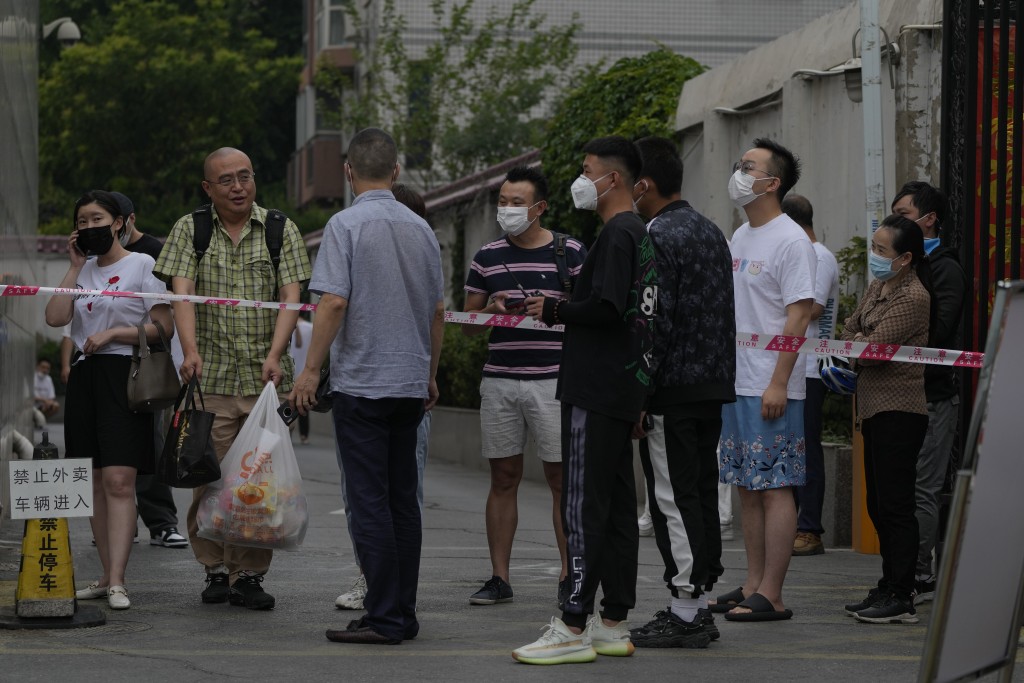 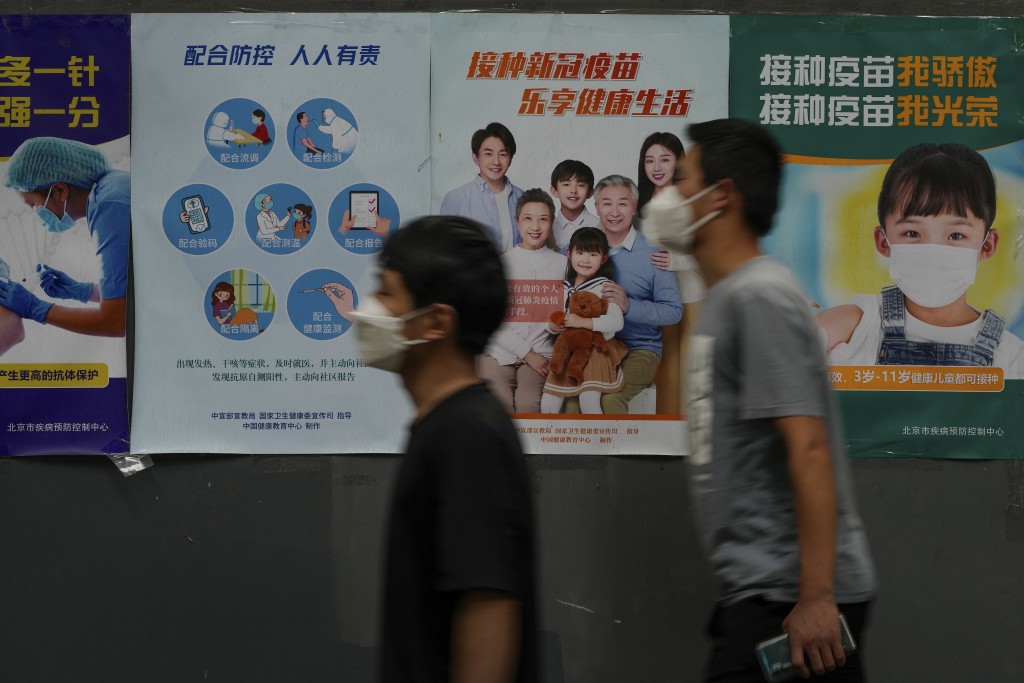 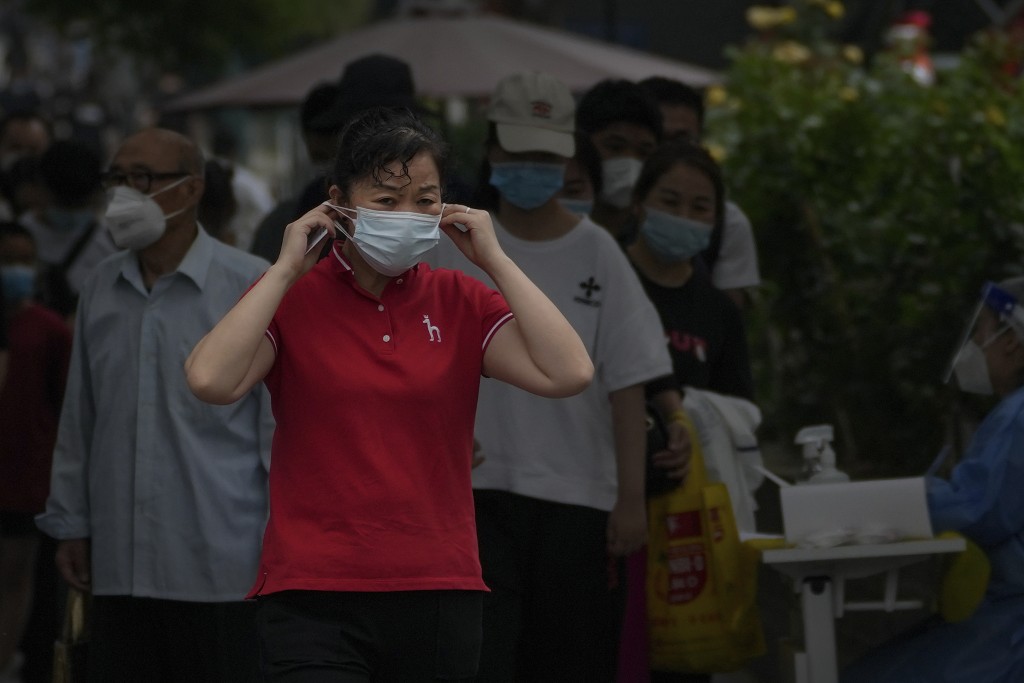 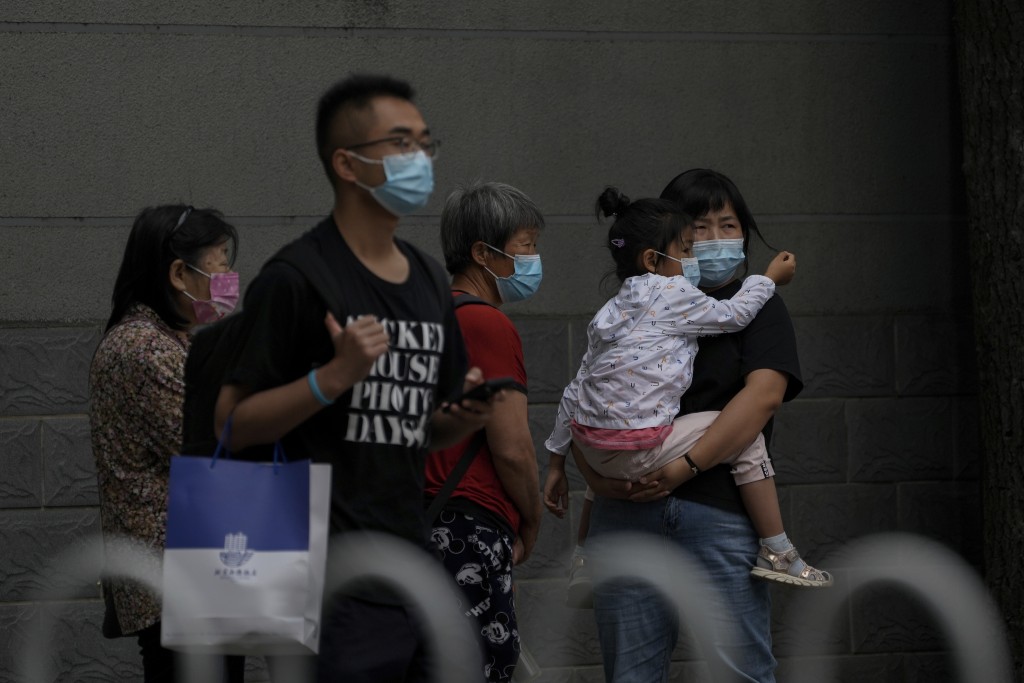 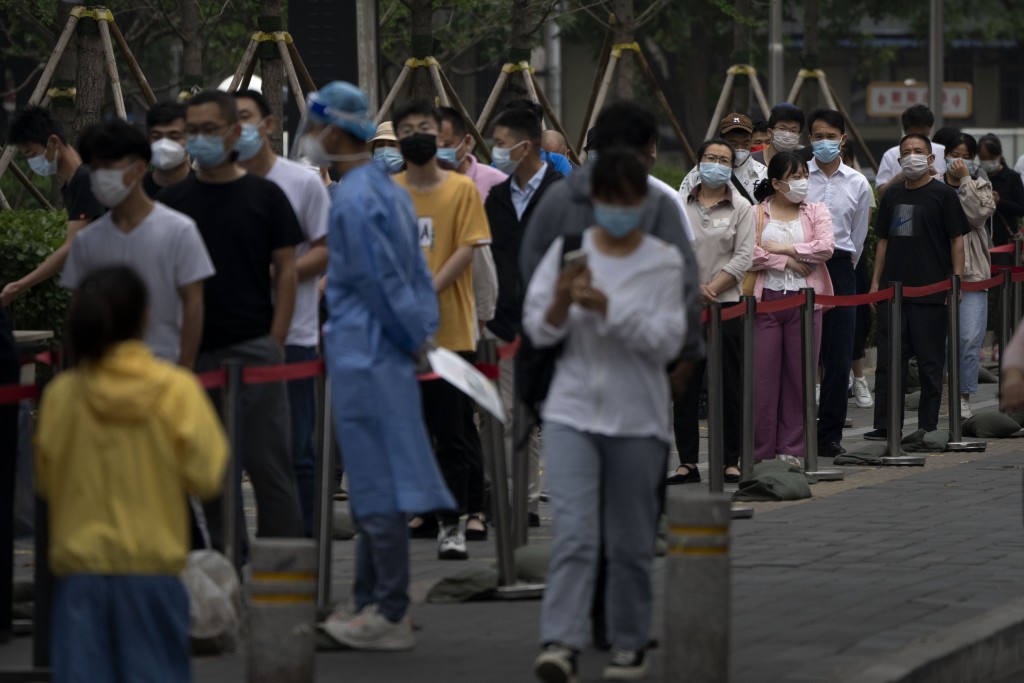 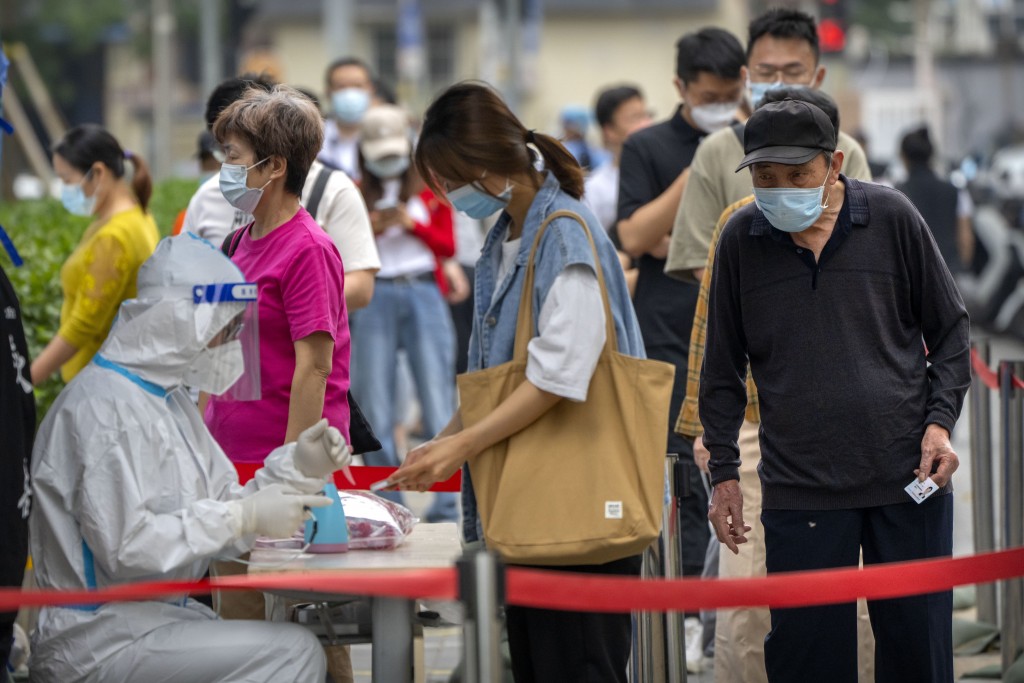 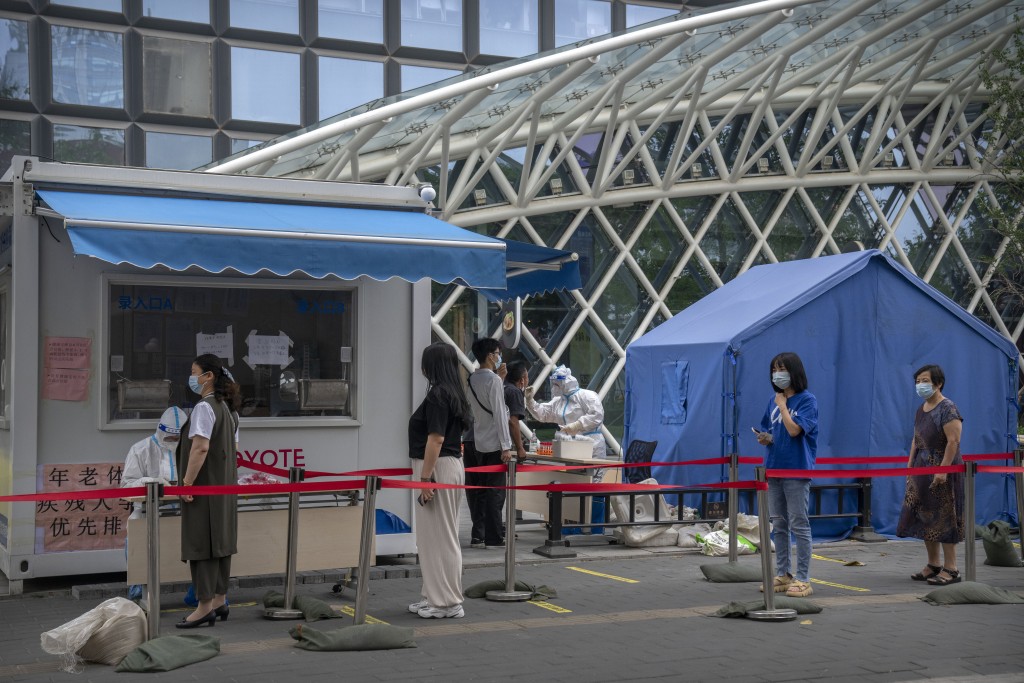 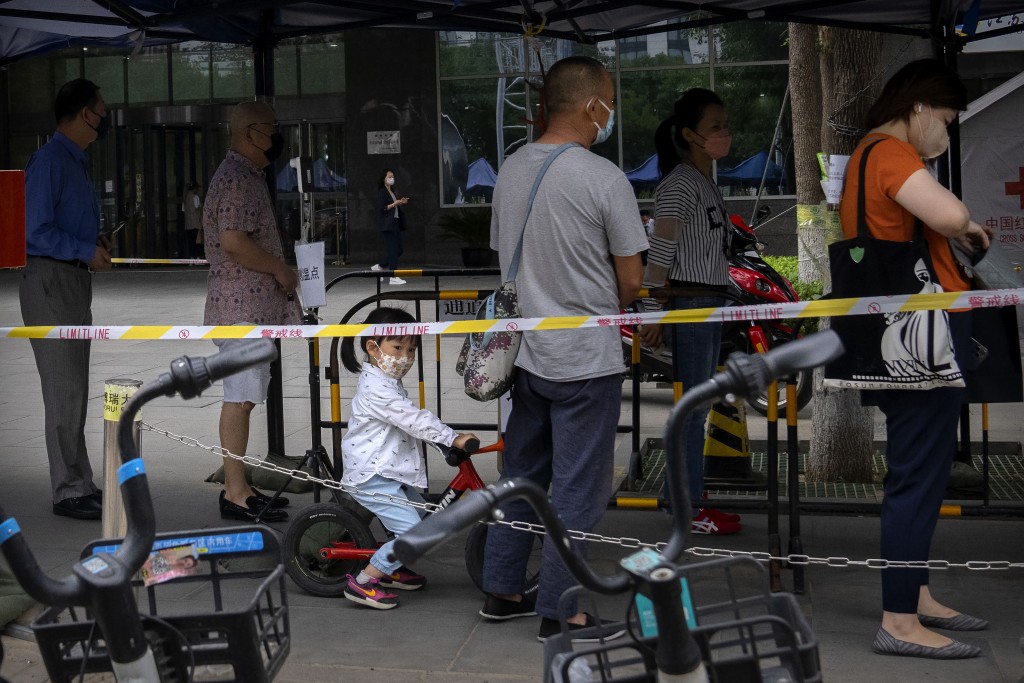 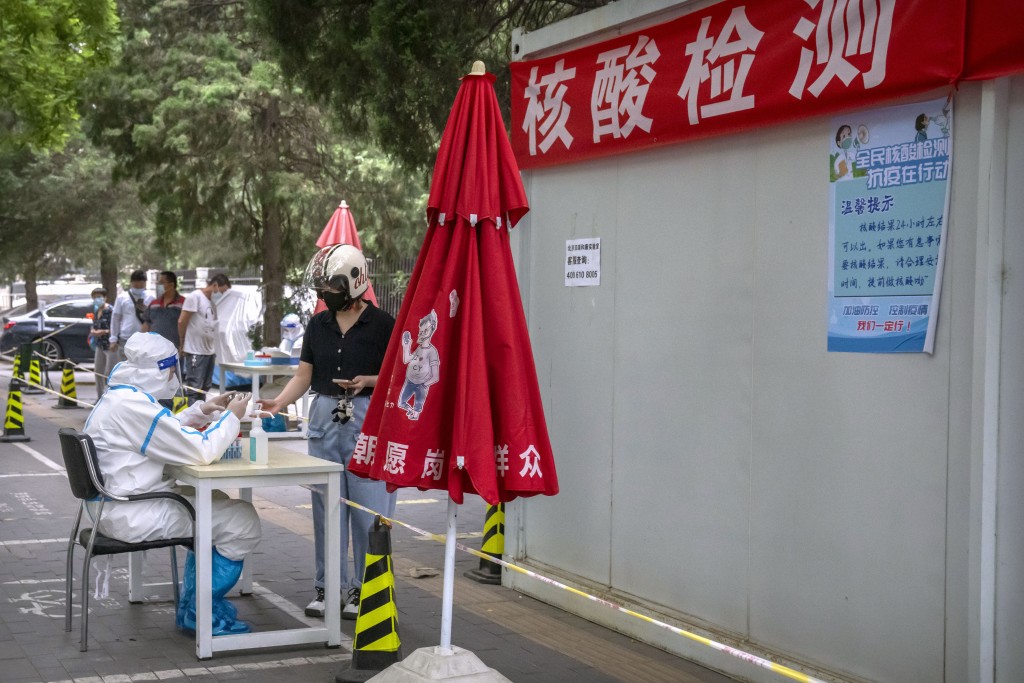 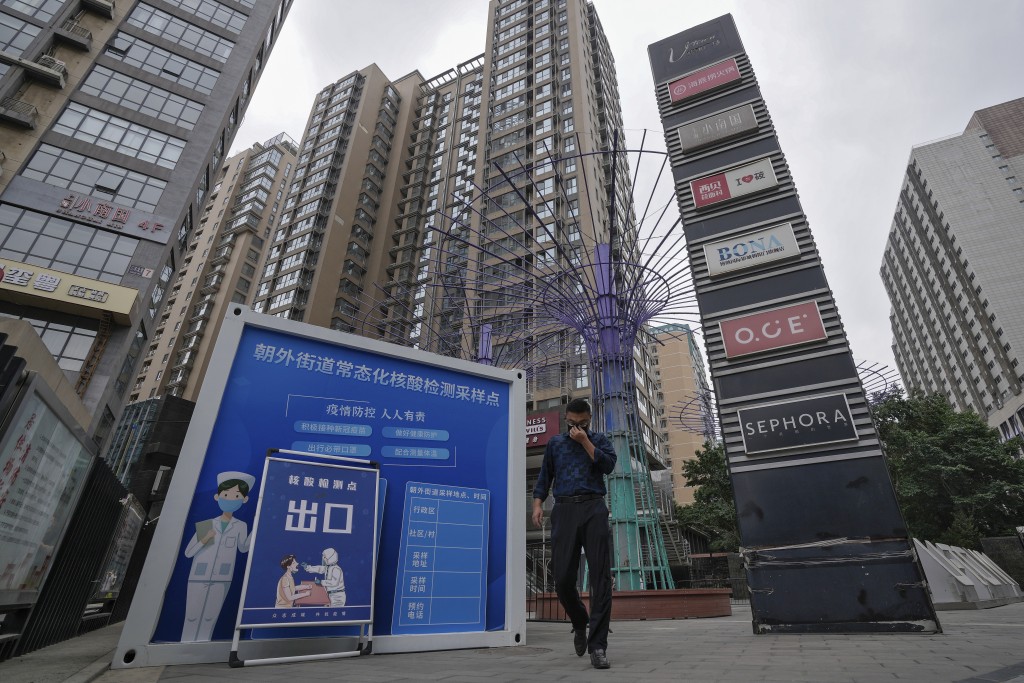 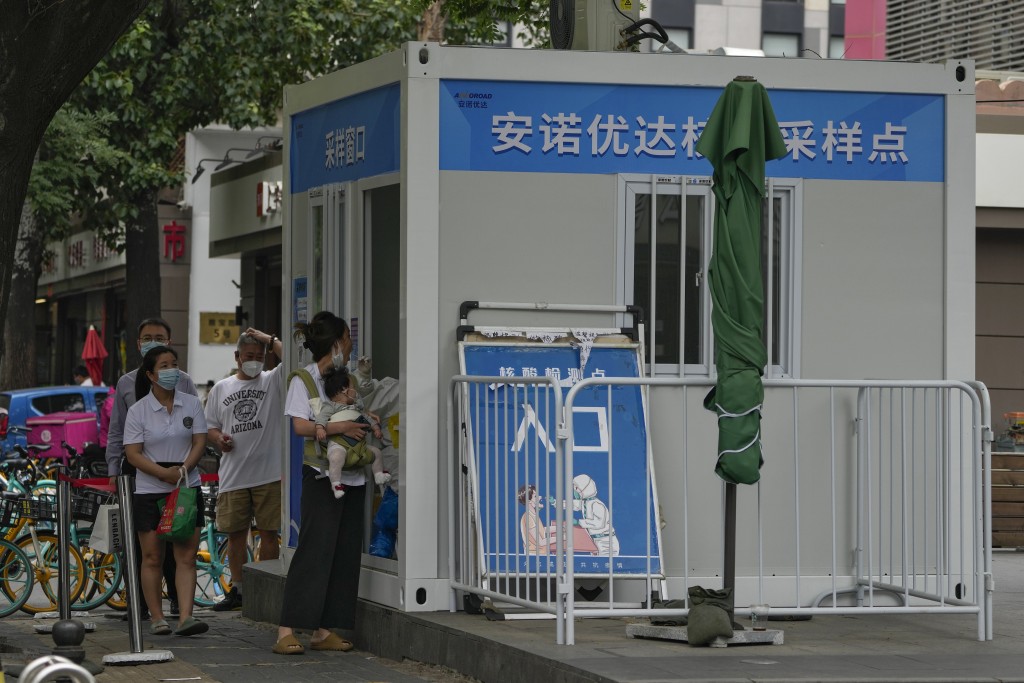 BEIJING (AP) — Thousands of coronavirus testing sites have popped up on sidewalks across Beijing and other Chinese cities in the latest development in the country's “zero-COVID” strategy.

Lines form every day, rain or shine, even where the spread of the virus has largely stopped. Some people need to go to work. Others want to shop. All are effectively compelled to get tested by a requirement to show a negative test result to enter office buildings, malls and other public places.

Liu Lele, who works for a live-streaming company, has no problem getting tested regularly but said the daytime operating hours don't always fit his schedule.

“Sometimes I get held up at work," he said after finishing a test Thursday near Beijing's historic Bell and Drum towers. "I wish there were sites open 24 hours or not closing until 7 or 8 p.m.”

Regular testing of residents is becoming the new normal in many parts of China as the ruling Communist Party sticks steadfastly to a “zero-COVID” approach that is increasingly at odds with the rest of the world.

Major cities have been told to set up testing stations within a 15-minute walk for all residents. Beijing and Shanghai alone have put up 10,000 or more each. Some are made up of folding tables and chairs under a temporary canopy. Others are enclosed square booths from which gloved workers reach out through openings to take a quick throat swab from the next person in line.

Many cities including Beijing are requiring a negative test result within the last three days to enter a public place or take the bus or subway. Some have made it a week or 10 days. The tests are free, with the result reflected on the person’s smartphone health app roughly 12 hours later.

“This is something we should do,” said Beijing retiree Wang Shiyuan, who gets tested every three days in case he needs to go to the supermarket or take a bus. “Only when everyone obeys the requirements can we reduce the risk of transmission.”

The move follows a recent outbreak in Shanghai that spread so widely that authorities locked down the entire city for two months to end it, trapping millions of people and dealing a blow to the national economy.

China kept the virus largely at bay for a year and a half by locking down buildings and neighborhoods and quarantining infected people, but the rapidly spreading omicron variant proved more difficult to stop. More than 580 people died in Shanghai — a large number in a country that had reported only a handful of deaths after an initial deadly outbreak in Wuhan in early 2020.

Guo Yanhong, an official with the National Health Commission, said testing has become more important because omicron is both more contagious and is spread by people without symptoms.

“We must adhere to the strategy of expanding prevention centered on nucleic acid testing, so as to control the epidemic earlier and faster,” she said Thursday at a news conference.

A handful of new cases — some linked to a nightlife quarter in Beijing and a hair salon in Shanghai — prompted authorities to lock down areas in both cities Thursday. The cases followed an easing of restrictions on movement and the reopening of many retail businesses in the past week.

Andy Chen, a senior analyst with the Trivium China consultancy, said the proliferation of testing sites is a reaction to the failure of existing measures to control omicron in Shanghai, though officials have not explicitly said so.

Authorities have decided that early detection is needed to control omicron outbreaks without extreme measures that cause major economic disruption.

“The regular testing requirements are meant to improve the zero-COVID strategy,” Chen said in an email. “The end goal is to keep the virus under control while avoiding another Shanghai-like lockdown.”

Many other countries, their populations weary of pandemic restrictions and eager to move on, are betting that rising vaccination rates and the development of treatments for COVID-19 mean they can avoid lockdowns and other disruptive steps and live with the virus instead.

China's leaders have repeatedly signaled that they believe the “zero-COVID” approach remains the right one for China, even as they try to boost a flagging economy with business tax refunds, easier credit and spending on infrastructure projects.

Entry to the country remains restricted, with visas difficult to get and few international flights, making it costly and hard to get a seat. Anyone who does enter must quarantine in a hotel, usually for two weeks. Chinese generally can't leave the country unless it is for work or study.

Most analysts expect the zero-COVID policies to remain in place at least until after a major Communist Party congress this fall at which leader Xi Jinping is expected to get a third five-year term. The party touted its approach as a success when COVID-19 was ravaging other countries, and it doesn't want a major outbreak in the run-up to its meeting.