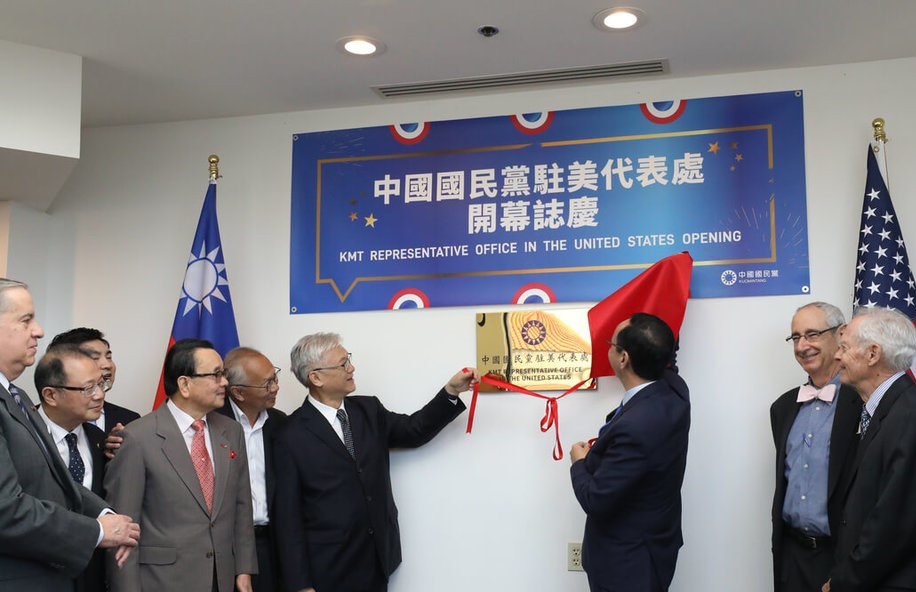 TAIPEI (Taiwan News) — The Kuomintang (KMT) will work together with the U.S. to win support for Taiwan, KMT Chairman Eric Chu (朱立倫) said on Wednesday (June 8) during the unveiling ceremony for the party’s new representative office in the U.S.

Chu said that during this unusually tense era, Taiwan needs all the support from the world, especially from its American friends. He emphasized that the KMT is a party that defends Taiwan, protects its democracy, and fights for peace, security, and prosperity, CNA reported.

Upon its return to Washington, D.C., the party will work hard to represent the Taiwanese, he said.

Alexander Huang (黃介正), director of the International Department of the KMT, said he will do his best, not only for the KMT but also for Taiwan. He also pledged to consult American friends for guidance in building relationships and conducting professional exchanges.

Speaking on the KMT's return to Washington, Brown said that the occasion marks a very joyous day for Washington. He said he was optimistic the representative office can rebuild trust and cooperation between Taiwan and the U.S.

Preparations for the new office began in November and Alexander Huang and Eric Huang (黃裕鈞), deputy director of the KMT's international department, will serve as the representative and deputy representative, respectively. The office is located on the ninth floor of a building on Pennsylvania Avenue, Washington, D.C., per CNA.

The KMT previously had a Washington office but closed it after the KMT's Ma Ying-jeou (馬英九) was elected president in 2008.