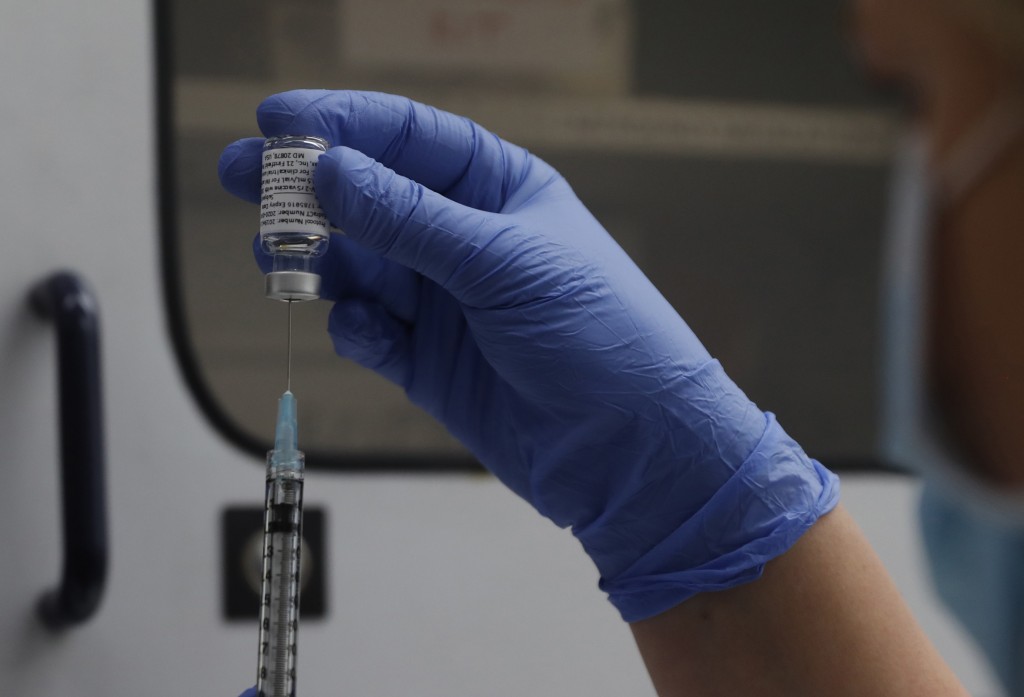 WASHINGTON (AP) — A COVID-19 vaccine that could soon win federal authorization may offer a boost for the U.S. military: an opportunity to get shots into some of the thousands of service members who have refused other coronavirus vaccines for religious reasons.

At least 175 active duty and reserve service members have already received the Novavax vaccine, some even traveling overseas at their own expense to get it. The vaccine meets Defense Department requirements because it has the World Health Organization’s emergency use approval and is used in Europe and other regions. The Food and Drug Administration is considering giving it emergency use authorization in the U.S.

The Novavax vaccine may be an acceptable option for some of the 27,000 service members who have sought religious exemptions from the mandatory vaccine. Military officials say many troops who refuse the shots cite certain COVID-19 vaccines' remote connection to abortions.

Laboratory-grown cell lines descended from fetuses that were aborted decades ago were used in some early-stage testing of the Pfizer and Moderna vaccines and to grow viruses used to manufacture the Johnson & Johnson vaccine. The vaccines do not contain fetal cells. Novavax, however, says that ”no human fetal-derived cell lines or tissue” were used in the development, manufacture or production of its vaccine.

Defense Secretary Lloyd Austin made COVID-19 vaccinations mandatory last year, saying the shots were critical to maintaining military readiness and the health of the force. Military leaders have argued that troops for decades have been required to get as many as 17 vaccines, particularly for those who are deploying overseas.

One group involved in lawsuits targeting the military's vaccine requirement said it's possible some shot opponents may see Novavax as an amenable option.

“I definitely think it is for some, but certainly not for all,” said Mike Berry, director of military affairs for First Liberty Institute. “There are some for whom abortion is really the ultimate issue, and once that issue is resolved for them spiritually, then they’re willing.”

Berry added, however, that for others, abortion is “just a tangential issue,” and they have broader opposition to vaccines as a whole. “A rudimentary way of looking at it is that they’ve asked for God’s will, and they believe that it would be wrong for them to get the vaccine,” Berry said. “In other words, they believe that God has told them no.”

Novavax also may appeal to people who are uncomfortable with the new genetic-based technology used in Pfizer and Moderna’s so-called mRNA vaccines. They deliver genetic instructions for the body to make copies of the coronavirus' outer coating, the spike protein.

The Novavax vaccine is made with a more familiar technology, like those used for years to prevent hepatitis B and shingles. It trains the body to fight the coronavirus by delivering copies of the outer coating which are grown in insect cells, then are purified and packaged into nanoparticles that to the immune system resemble a virus, according to Novavax research chief Dr. Gregory Glenn.

While some religious groups oppose the shots, when COVID-19 vaccines first started rolling out the Vatican’s doctrine office called the options “morally acceptable” and Pope Francis, who has received Pfizer shots, has strongly encouraged widespread vaccination.

Military officials declined to publicly detail the nature of any service members' religious exemption requests, but spoke on condition of anonymity to provide some descriptions. They said that the most predominant issue mentioned in waiver requests is the remote link to fetal cell lines, while others argue that their body is a temple that must remain pure. Others, officials said, describe reasons that appear to have less connection to faith.

Berry said his firm carefully screens individuals for the lawsuits, to make sure their objections are based on sincerely held religious beliefs, rather than political or other opposition masquerading as faith-based views.

The military can't administer the Novavax shot now, and won't pay for anyone's travel overseas to get it. But tens of thousands of American forces are based in Europe, where Novavax is available.

Earlier this week, advisers to the FDA backed the Novavax vaccine. Next, the FDA must decide whether to authorize it. A final FDA decision isn’t expected immediately, as the agency finishes combing through the data.

Across the military, more than 5,000 service members have been discharged for refusing the vaccine, according to the latest statistics provided by the services. Of those who requested religious exemptions, only slightly more than 100 have been approved.

In the lawsuit against the Navy, a federal judge in Texas agreed the case can go forward as a class-action lawsuit and issued a preliminary injunction barring the service from taking action against sailors who objected to the vaccine on religious grounds. Berry said the Justice Department has said it will appeal the ruling to the 5th Circuit Court of Appeals.

In the Air Force lawsuit, Berry said, lawyers have asked that it also be a class action, and they are seeking a temporary restraining order preventing the Air Force from taking any adverse actions. The court has not yet ruled.