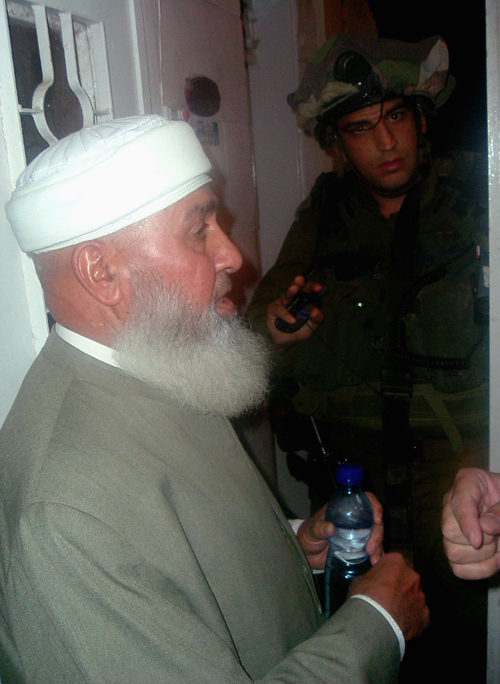 Israel seized 33 senior Hamas figures including a minister in the occupied West Bank yesterday in the latest crackdown on the Islamists aimed at halting rocket fire from Gaza.
The overnight operation in the northern West Bank, centering on the town of Nablus, targeted Palestinian education minister Nassereddin al-Shaer, three lawmakers and at least seven mayors, the army and officials said.
The Palestinian government blasted the detentions, with information minister Mustafa Barghuti calling them "kidnappings... a massacre of the Palestinian democracy and an aggression against the Palestinian Authority and its institutions," and called for international intervention.
Defense Minister Amir Peretz told army radio the move to seize members of the majority partner in the Palestinian unity government was "a message to armed wings of terrorist organizations to stop their rocket fire."
An Israeli military spokesman said the 33 were detained because they "supported the firing of rockets.
"The Hamas terror organization is currently involved in enhancing the terror infrastructure" in the occupied West Bank and "exploits governmental institutions to encourage and support terrorist activity," the army said.
The arrests came amid continuing Israeli air strikes on Hamas targets in Gaza, which were resumed after a six-month cease-fire in response to a sharp increase in rocket attacks by militants, including those of Hamas.
The Israeli aggression has so far killed 12 civilians and 25 militants, but has failed to halt rocket fire, with nearly 130 crashing inside Israel over the past week and a half, killing one, wounding 16 and sending hundreds fleeing the town of Sderot that has borne the brunt of the barrage.
Among those detained yesterday were three Hamas lawmakers in the Palestinian parliament, Hamad al-Bitawi, Daoud Abu Seir and Abdelrahman Zeidan, a former Hamas minister.
At least seven mayors of West Bank towns and villages, including Nablus and Qalqilya, were also held.
Last year the army detained more than 60 Hamas officials, including four ministers, in a crackdown on the Islamists after their armed wing claimed joint responsibility for a deadly cross-border raid that seized an Israeli soldier near Gaza.
Thirty-nine lawmakers and two former ministers remain in custody from last year's crackdown.