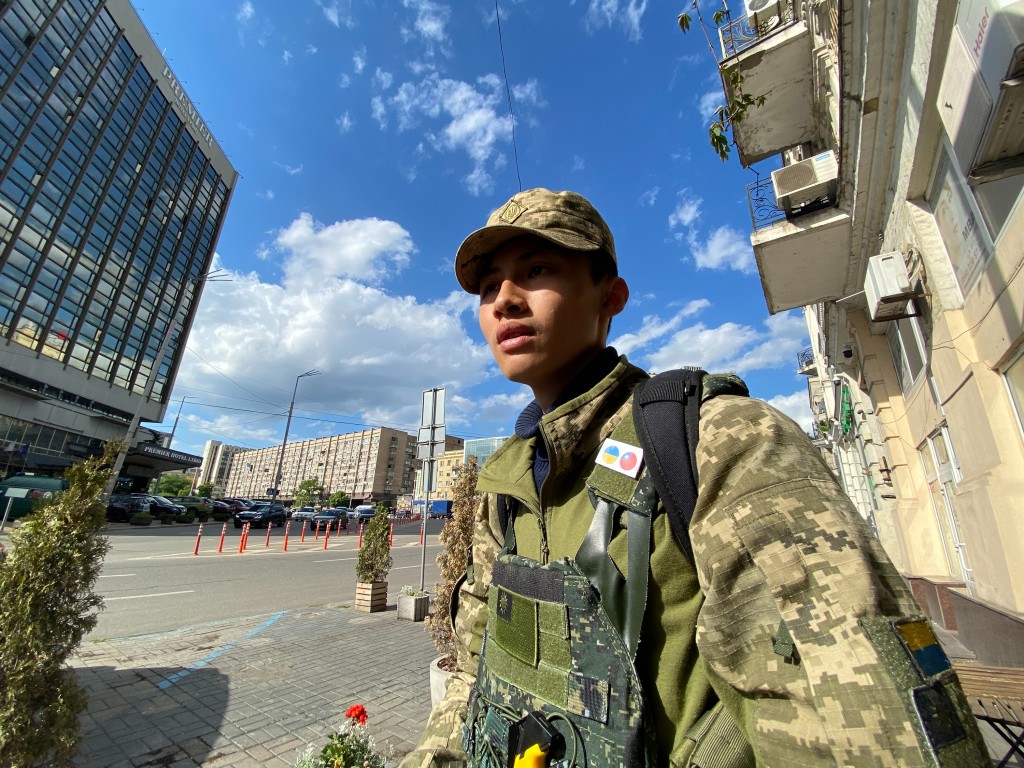 TAIPEI (Taiwan News) — There are now 10 Taiwanese soldiers fighting for Ukraine's foreign legion, according to a Taiwanese volunteer who has joined the fight to build bonds in preparation for the potential next war in the Taiwan Strait.

In an interview conducted on May 28 and published on Sunday (June 5), Yao Kuan-chun (姚冠均) told CNA that he chose to fight in Ukraine because: "There is a big chance that this situation will happen to Taiwan...Before we can hope for others to help us, what help can we offer others? That's the point."

Yao, 28 years old, comes from a family in Taipei City's Wanhua District that has been engaged in the medical industry for two generations. Prior to his enlistment in the International Legion of Territorial Defense of Ukraine, Yao had only one year of training during his compulsory military service in Taiwan.

After Ukraine was invaded by Russian troops on Feb. 24, Yao left behind his coffee wholesale business and decided to devote himself to supporting Ukraine's war effort, with the hopes that in the event of an attack on Taiwan, friendly troops would be able to return the favor.

Before the war broke out, Yao said that he had been closely following the situation in the region. According to Yao, about 10 Taiwanese soldiers have responded to Ukrainian President Volodymyr Zelenskyy's call for international volunteers to assist in the fight against Russia and were deployed to naval and security forces, among other units.

After he passed various screening stages, Yao joined a logistics supply unit that serves special forces on April 4. After undergoing highly intensive first aid training, he is currently responsible for resupplying the front lines and aiding wounded soldiers, and he does so all without pay.

Yao said he was surprised by the reaction of the Ukrainians when they learned that he was from Taiwan. He originally thought that Ukrainians, like other international volunteers, were entirely unfamiliar with Taiwan, but he did not expect that "people here understand the current situation in Taiwan and China."

He learned from a text message sent from a friend that supplies provided by Taiwan are steadily streaming into Ukraine. As a result, he believes that Ukrainians will recognize Taiwan as an important partner.

As one of the very few Taiwanese who have participated in frontline missions in Ukraine, Yao said: "the combat situation changes rapidly, and sometimes the enemy's position has to be judged by the sound of gunfire and artillery, and a stronghold just captured may be lost in a blink of an eye."

Yao said that being in the extreme environment of constant gunfire and mud spraying his face on the front line made him understand why Ukrainian comrades in arms make jokes such as "95% death rate" and "can't go back to Taiwan." Faced with such morbid comments, Yao said he always responds with "Ukraine is a good place to die."

He appealed to Taiwanese not to neglect military training, because Taiwan has to face a military force that has been prepared for longer, has more information, and has higher technology and financial resources than Russia. He quoted a Taiwan Army slogan that cites Sun Tzu's "Art of War" as saying, "Don't depend on the enemy not coming; Depend rather on being ready for him." After all, "no one expected that Russia would actually send troops (to Ukraine)," noted Yao.

The unit he belongs to sometimes performs high-stakes reconnaissance missions, and he said that the troops always feel an unspoken but palpable connection with each other before they set off. "I may have been wrestling, chatting, or smoking with this person in the morning, and then he's gone," lamented Yao.

When asked how his family took his decision about coming to Ukraine, Yao said that they understand that he is not directly engaged in combat, and that he reports that he is safe whenever he can access the internet and conditions allow for it. For now, even if his relatives are worried, Yao said that he cannot abandon his comrades.

Yao communicated through reporters that Taiwanese should keep passports, bulletproof vests, and helmets within easy reach, and to wear socks to sleep, to enable them to quickly put on shoes to look for cover immediately when an air raid siren is heard. He said the movements of the Russian army were elusive and no one could predict when another wave of the offensive would take place. 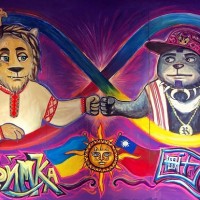 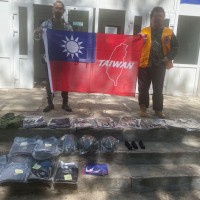