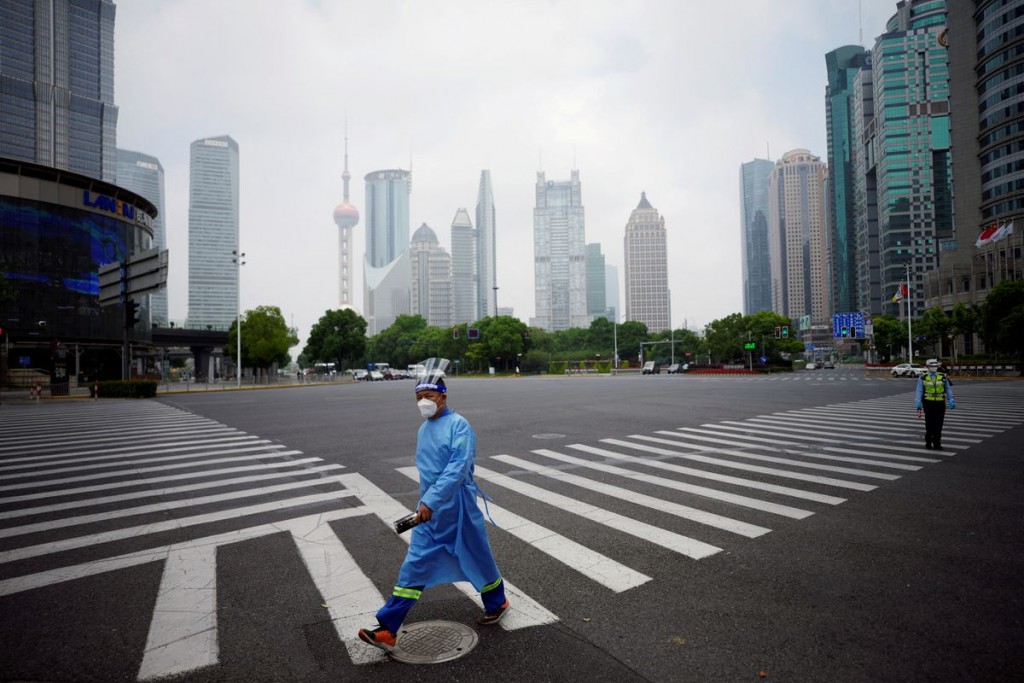 Shanghai officials are seeking to revive confidence among multinational firms bruised and frustrated by the city's COVID-19 lockdown, by holding multiple meetings with foreign firms and easing a key border requirement for overseas workers.

The image of China's most cosmopolitan city and its biggest business hub was badly damaged by the two-month lockdown, with countless expatriates relocating and foreign businesses warning that they are reconsidering investment plans.

The Shanghai government plans to hold 20 meetings this month with foreign firms engaged in key industries such as automobiles, trade, semiconductors and biomedicine, according to a report by the Jiefang Daily, a Shanghai-government backed newspaper, on Sunday. The report was reposted on the Shanghai city website.

The firms would be picked from major investment countries and regions, including the United States, Europe, Japan and South Korea.

The first of two meetings held so far was attended by executives from U.S. blue chips such as Procter & Gamble (PG.N) and Johnson & Johnson (JNJ.N), it said. The second included automakers including Tesla (TSLA.O), General Motors (GM.N) and Ford (F.N).

The companies did not immediately respond to requests for comment on Wednesday.

In addition, the European Chamber of Commerce said on Tuesday it had been informed during a meeting with the city's vice mayor that Shanghai will no longer require official invitation letters, so-called PU letters, for foreigners returning for work, and their dependents, addressing what had become a bugbear for the expat community.

China began in early 2020 to require foreigners to obtain PU letters as part of their visa application as it dramatically tightened border controls since the start of the pandemic.

Many firms had complained about the difficulties and long waits in obtaining the document, which impeded the hiring of foreign staff.

The removal of this requirement was "an initiative from central government to encourage work and production resumption in Shanghai," the European Chamber said.

The Shanghai government did not immediately respond to a request for comment on Wednesday.

Tom Simpson, managing director of the China-Britain Business Council, said it was expecting to meet with the Shanghai government in the coming weeks.

Shanghai had provided its members some business resumption support including issuing logistics permits and reopening warehouses, but there had yet to be "more practical support", he added.

The lack of flights into China - the vast majority have been cancelled for more than two years - also remains a key hindrance.

China has resolutely stuck to a "zero-COVID" policy that aims to eradicate the spread of the virus, an approach that is increasingly out of step with the rest of the world.

Joerg Wuttke, president of the EU Chamber, said the zero-COVID policy was not just denting Shanghai's attractiveness, but China as a whole, especially as other rival markets open up and try to lure companies away from China to their shores.

"The world is not going to wait for China to clean this mess," he said.