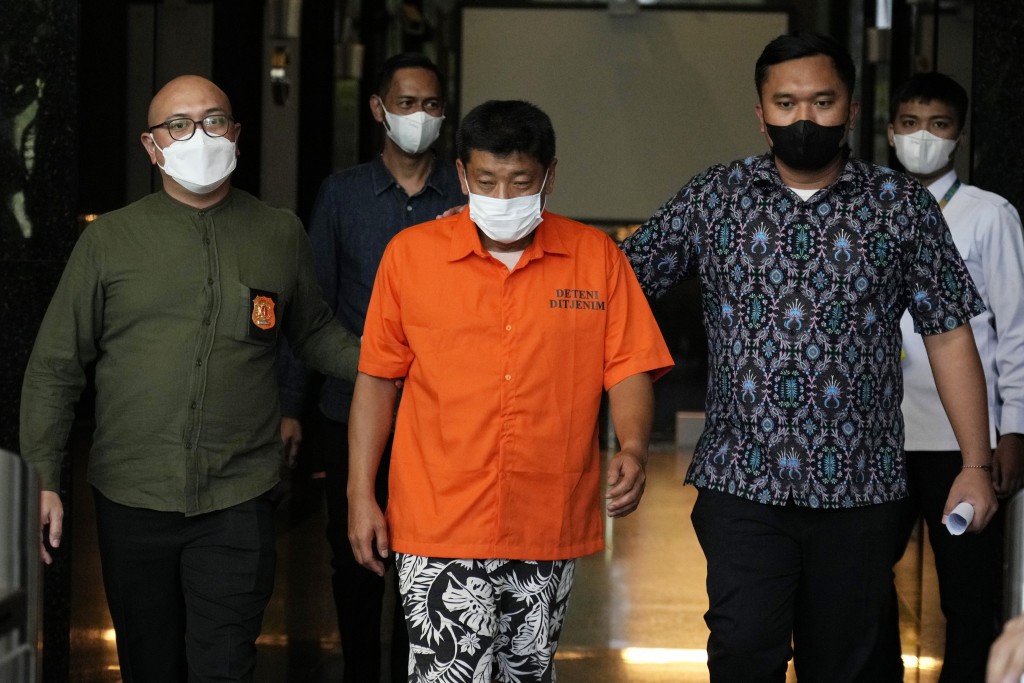 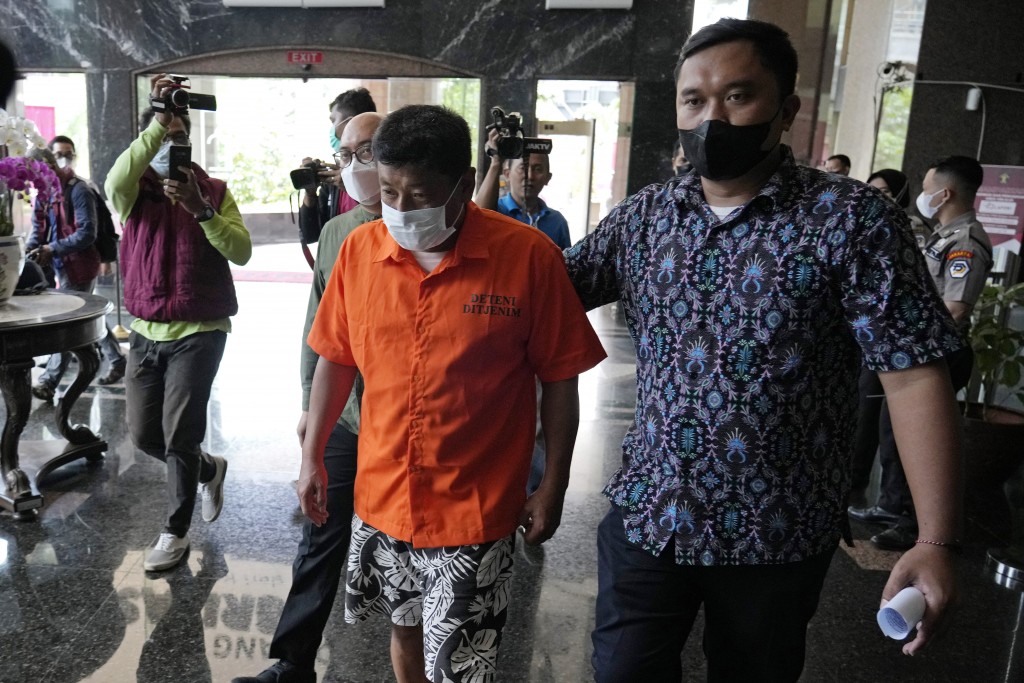 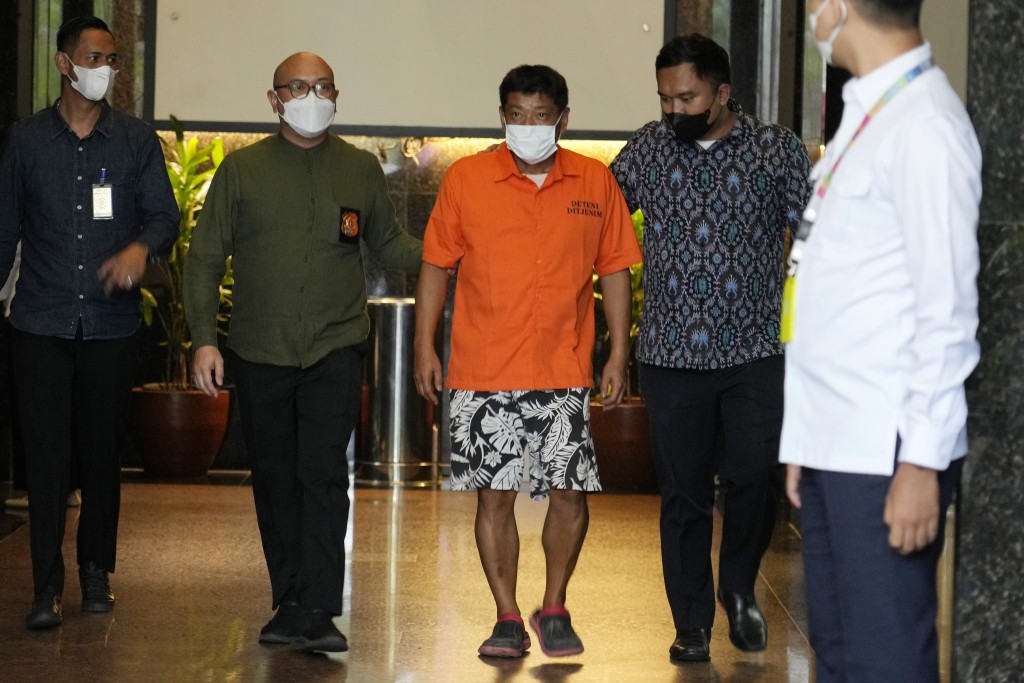 “He told the house owner that he wants to invest in fisheries in the area,” Prasetyo said, adding that Taniguchi had stayed at the house for about two weeks before authorities located him.

Taniguchi was wanted by Japanese police for COVID-19 subsidy fraud and left Japan for Indonesia in October 2020, Prasetyo said.

Taniguchi and a group of acquaintances allegedly submitted about 1,700 false applications for COVID-19 relief funds. The Tokyo Metropolitan Police Department believes they received subsidies for more than 960 of those applications totaling an estimated 960 million yen ($7.3 million), Prasetyo said.

Taniguchi, who has been wanted by Japanese police since early May, has been handed over to the Directorate of Immigration's Supervision and Enforcement Division, he said.

The suspect, wearing a face mask, short pants and an immigration detainee’s orange vest, was brought by police to a news conference Wednesday in the capital, Jakarta. He made no comment.

Nyoman Gede Surya Mataram, an immigration official, said at the news conference that days before the arrest, Japanese Embassy officials informed his office that they had revoked Taniguchi’s passport and that the suspect had last been seen in the Lampung area.

“His presence in Indonesia became illegal after the Japanese authorities revoked his passport,” Prasetyo said.

A diplomat at the embassy, Miyagawa Takayuki, said authorities of the two countries are coordinating on his deportation.

Tokyo police arrested Taniguchi’s ex-wife and their two sons on May 30 on suspicion of fraud and placed Taniguchi on an international wanted list, according to the Japanese newspaper Mainichi Shimbun. It said the three are suspected of defrauding the government of 3 million yen ($22,500) in COVID-19 subsidies from June to August 2020.

The scheme was uncovered in August 2020 when the office offering the subsidies consulted with Tokyo police. Taniguchi is believed to have fled Japan two months later, the Japanese newspaper Asahi Shimbun reported.