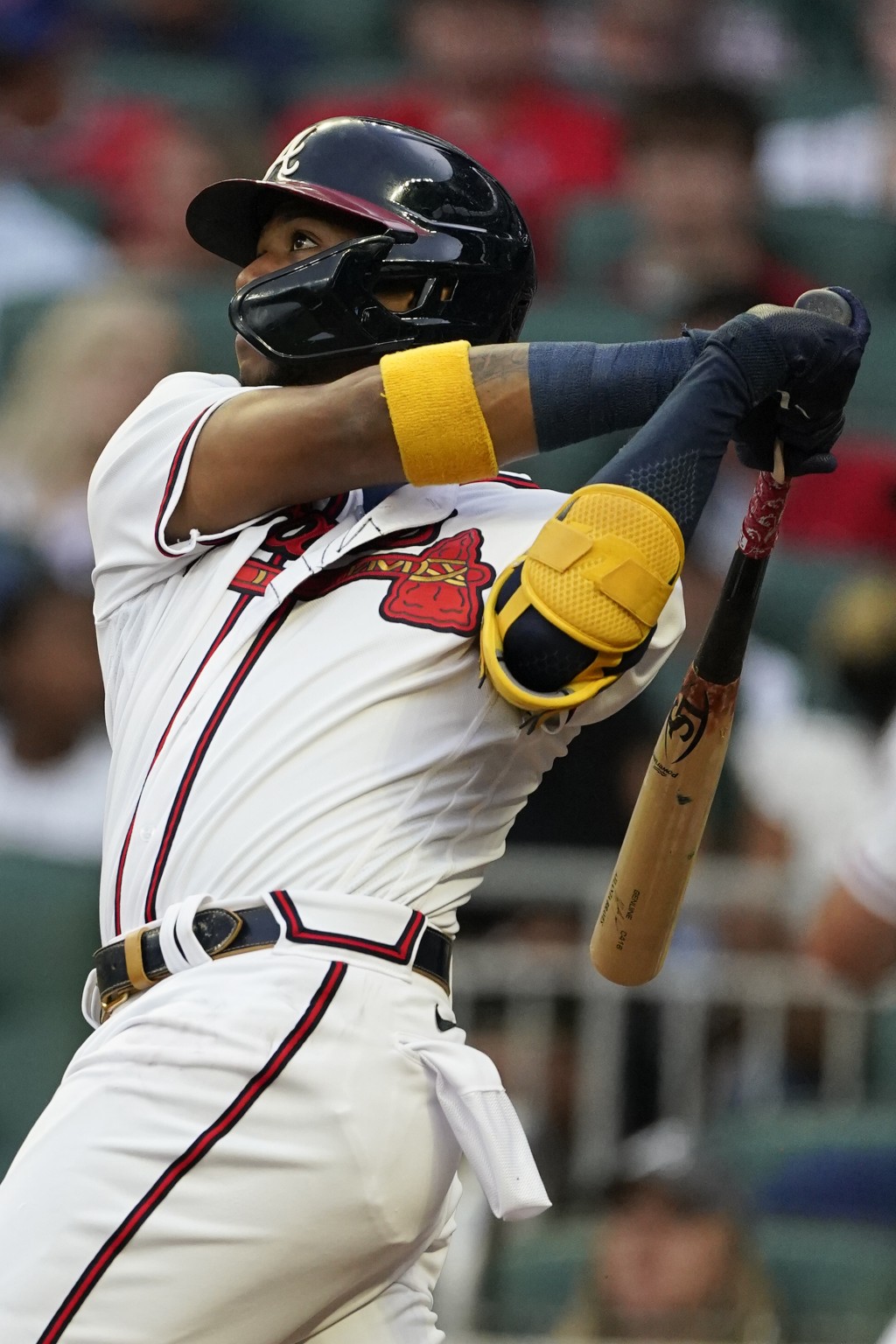 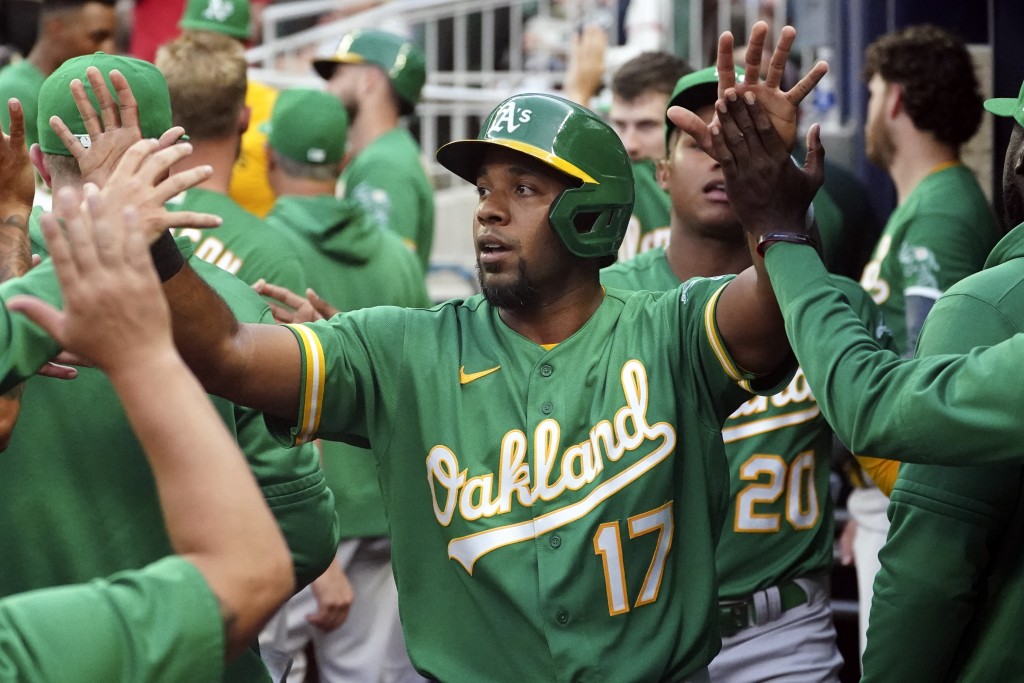 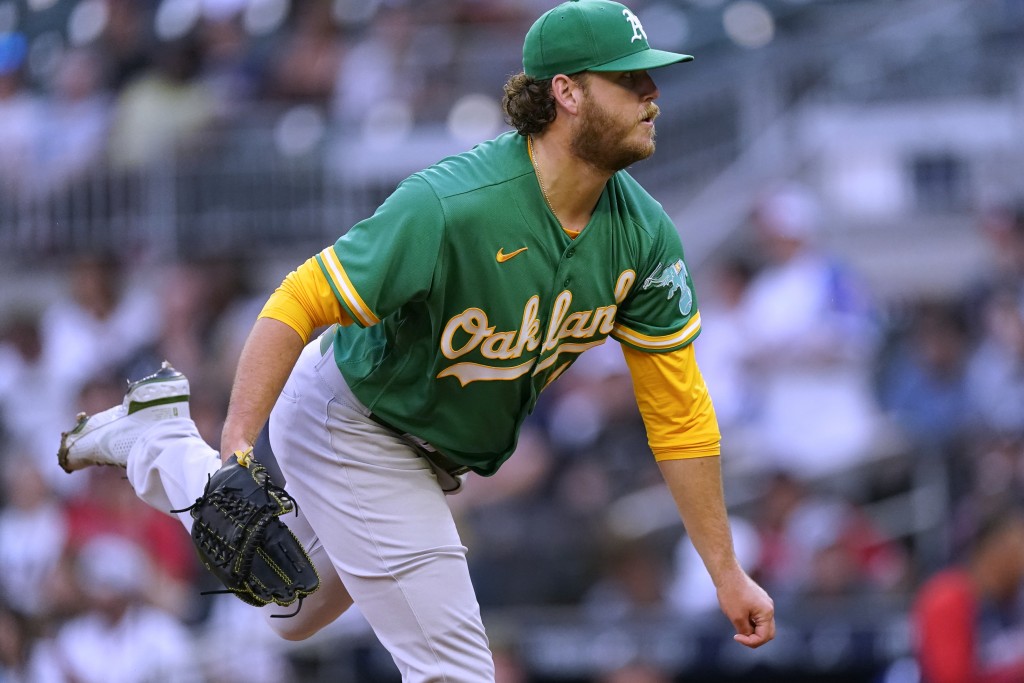 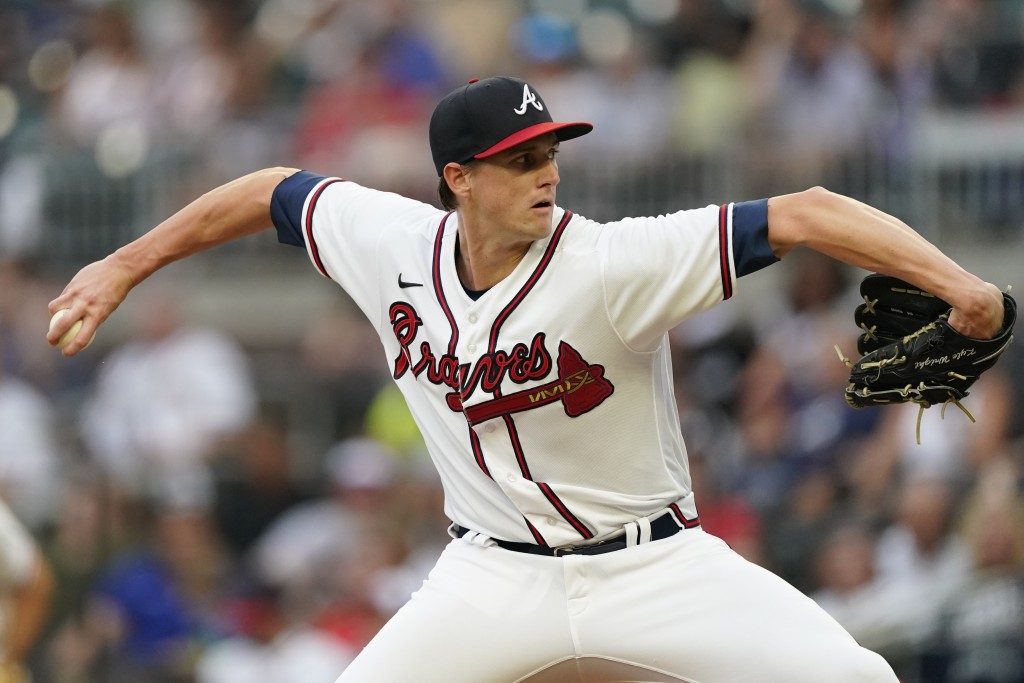 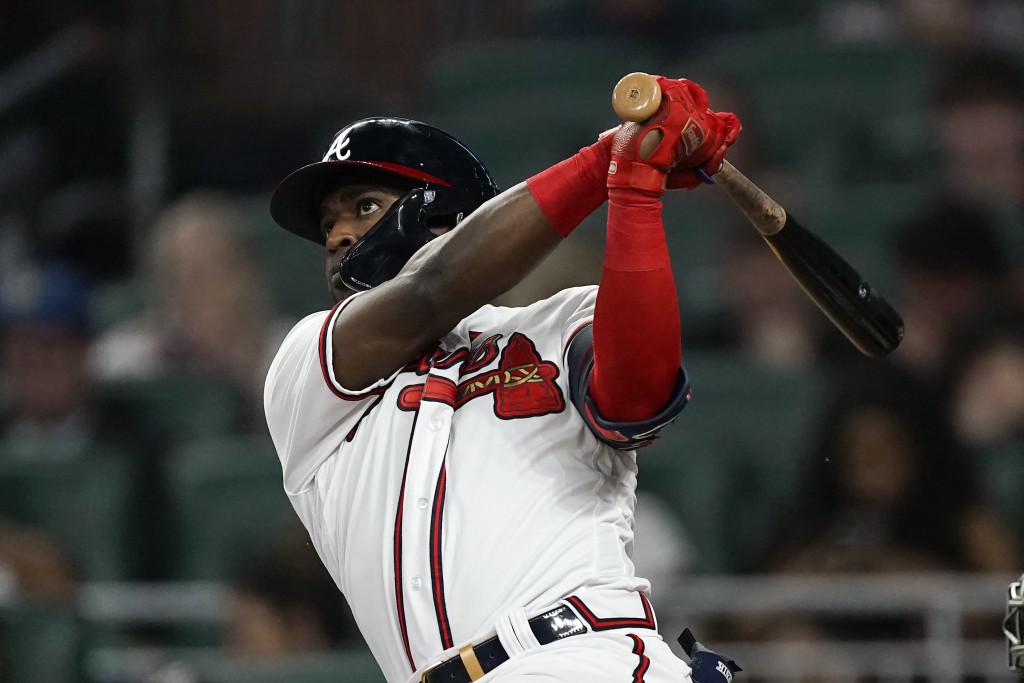 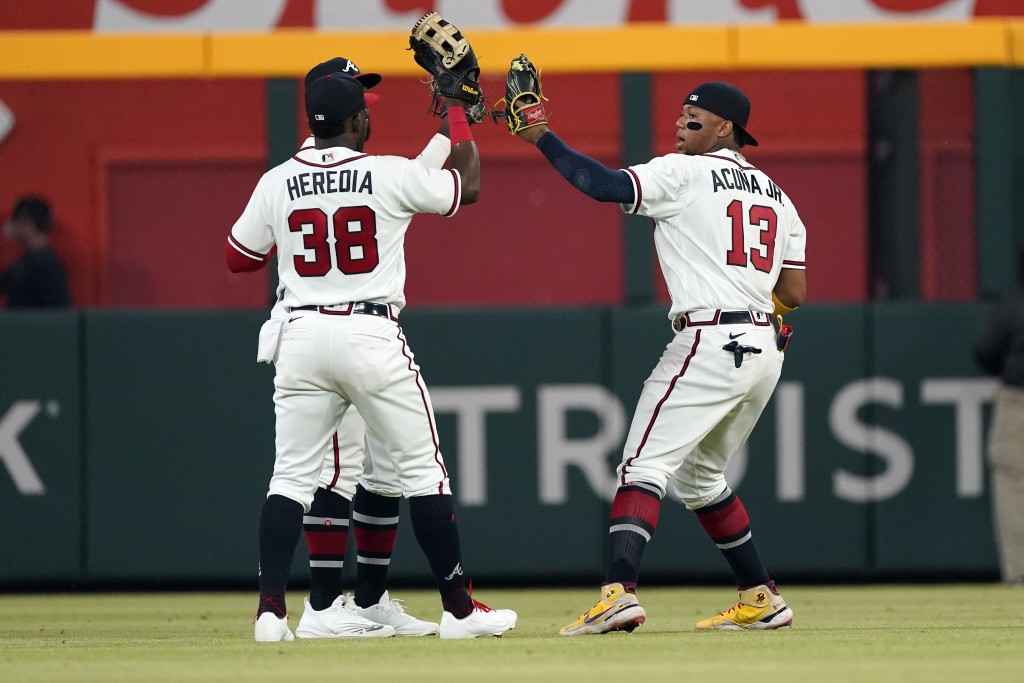 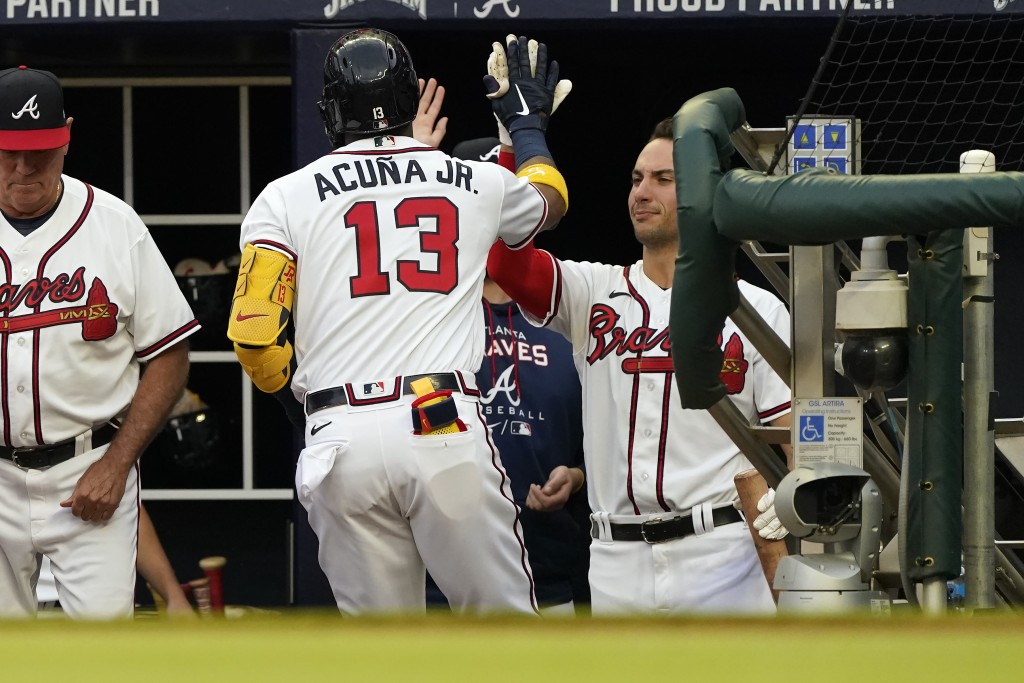 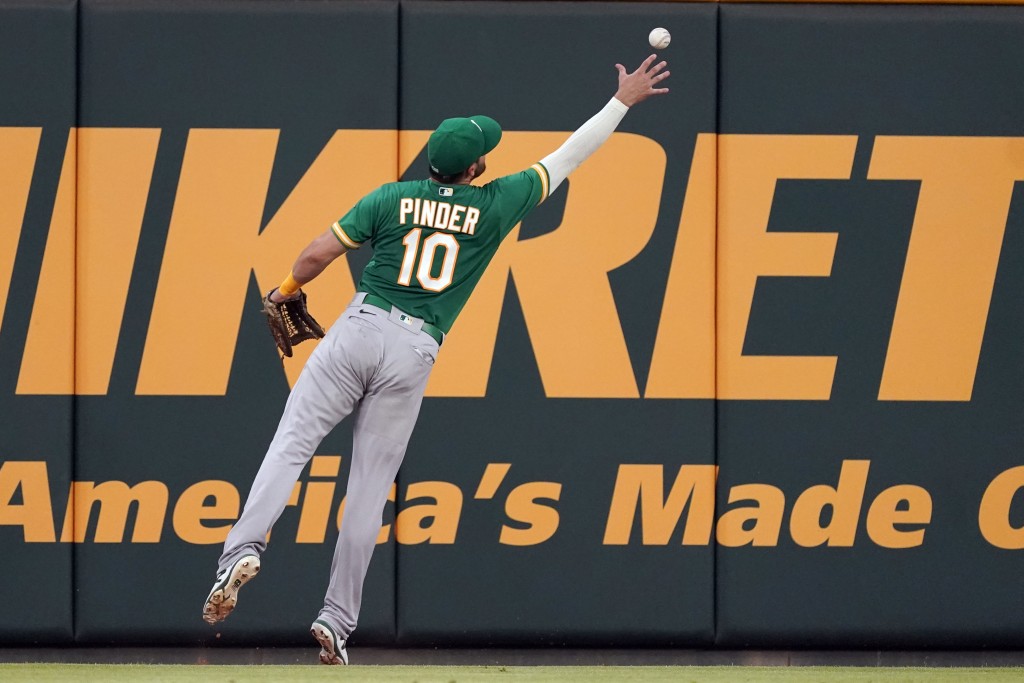 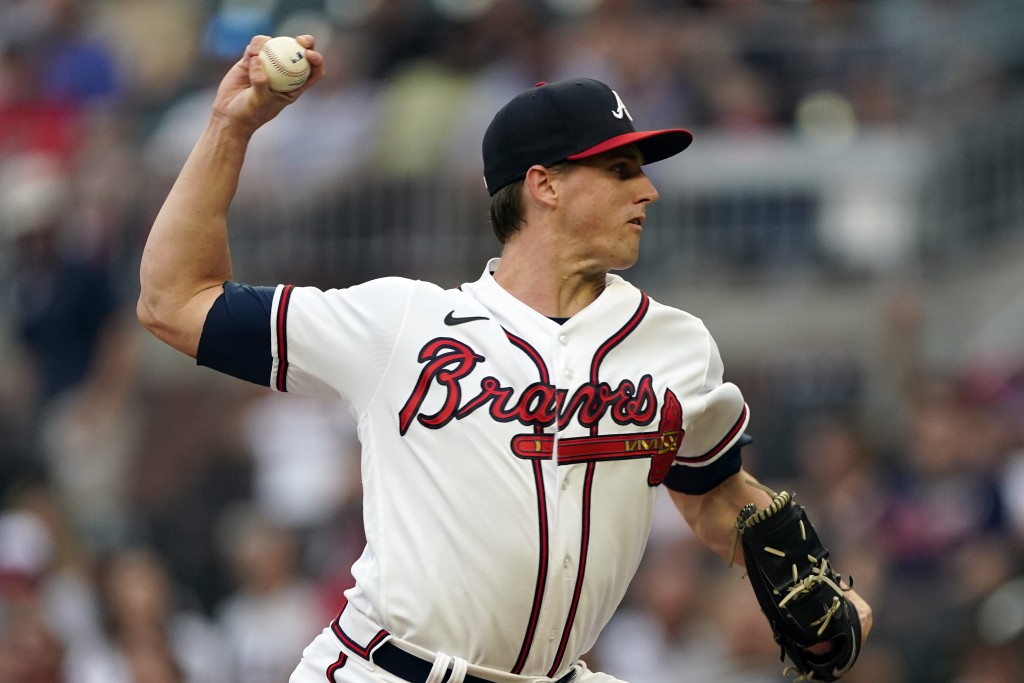 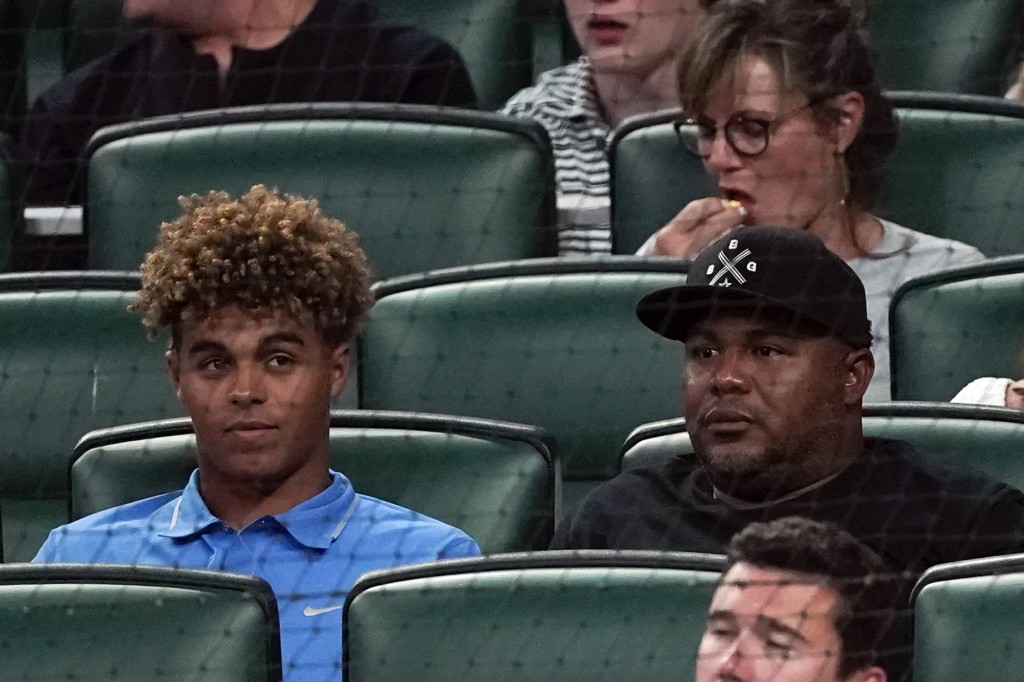 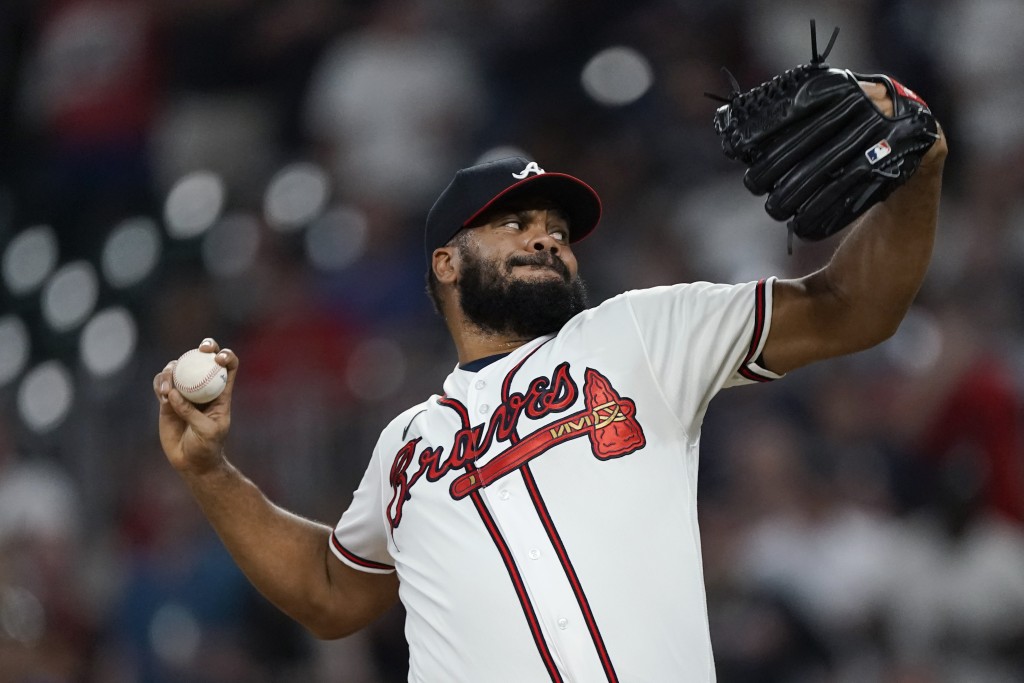 Against Oakland's struggling hitters, a complete game may have been possible.

Guillermo Heredia gave Atlanta the lead with a home run to lead off the seventh, Ronald Acuña Jr. hit two homers and the streaking Braves beat the reeling Oakland Athletics 3-2 on Tuesday night.

Wright (6-3) recovered from a rocky first inning to allow two runs in the longest start of his career.

“It felt great,” Wright said, adding, “I really wanted it.”

The Braves extended their season-best winning streak to six games.

Wright and closer Kenley Jansen, who pitched a perfect ninth for his 15th save, combined to retire 17 consecutive batters to end the game.

The A’s suffered their seventh straight loss. After being held to five hits, the A's are hitting .165 with one homer and 12 runs in the losing streak.

Heredia pulled a pitch from Lou Trivino (1-4) over the left-field wall and into the Oakland bullpen to end a 2-2 tie. Acuña hit homers in the first and third innings off Cole Irvin.

Following his second shot, Acuña borrowed Atlanta Hawks All-Star guard Trae Young's “Ice Trae” trademark celebration. Asked what he has planned for his next celebration, Acuña said through a translator, “I don't know what's going to be next but for the time being I'll stick with that one.”

“After he made that catch, I felt there was nothing that was going to drop,” Wright said.

Former Braves center fielder Andruw Jones, a 10-time Gold Glove winner, was spotted on the Bally’s telecast as he reacted to the catch with a look of surprise from the stands. Jones attended the game with his son Druw, an outfielder from the Atlanta area who is expected to be one of the top picks in the MLB draft on July 17.

The teams played for the first time since 2017. Oakland played its first game in Atlanta since 2014, when the Braves’ home was Turner Field.

Wright gave up three consecutive hits, including a two-run single by Ramón Laureano, to open the game. Wright then gave up only two hits in the next seven innings and finished with seven strikeouts and no walks.

“I was able to right the ship a little bit,” Wright said.

Irvin allowed two runs on seven hits, including the two homers by Acuña, in 5 1/3 innings.

The game provided the first opportunity for Braves first baseman Matt Olson to face Oakland, where he played his first six seasons before his trade to Atlanta on March 14. He had one hit, a first-inning single.

Olson shared hugs with some of his former teammates during batting practice.

He said he has enjoyed having “such a good fan base” in Atlanta. The A’s rank last in MLB with their average of 8,283 fans at their home games. The Braves rank third at 37,386.

“When you can hear one fan’s opinion crystal clear, it is different,” Olson said before adding, “I’m not trying to rag on Oakland.”

Cristian Pache, one of four prospects acquired by the A’s for Olson, returned to Atlanta hitting only .167 as Oakland’s starting center fielder.

The A’s selected the contract of IF Matt Davidson from Triple-A Las Vegas and optioned IF Sheldon Neuse to Las Vegas. Davidson started at third base and was 0-for-3. RHP Parker Markel, who allowed only one hit but walked five batters in three scoreless innings, was designated for assignment.

Athletics: C/1B Stephen Vogt (right knee sprain) was reinstated from the 10-day injured list. He had been out since April 21. Vogt, 37, was back on the active roster for his return to Atlanta, where he played 21 games last season. Vogt and Pache received their Braves 2021 World Series championship rings before the game.

Braves: RHP Collin McHugh was placed on the COVID-19 injured list, temporarily removing an important arm from the bullpen. The Braves added relief help when they acquired RHP Jacob Webb from Arizona for cash considerations. Webb was 9-4 with a 2.47 ERA and three saves with the Braves from 2019-21. ... Heredia started when OF Adam Duvall was scratched with left triceps cramping. ... C Travis d’Arnaud (left forearm) was available off the bench. He was held out after being hit by a pitch on the forearm on Sunday and having some swelling.

Oakland LHP Jared Koenig will make his major league debut when he faces Braves RHP Ian Anderson (4-3, 4.70) in Wednesday night’s final game of the series. Koenig, 28, posted a 2.21 ERA in nine games for Triple-A Las Vegas. Anderson has allowed four or more runs in each of his last three starts.