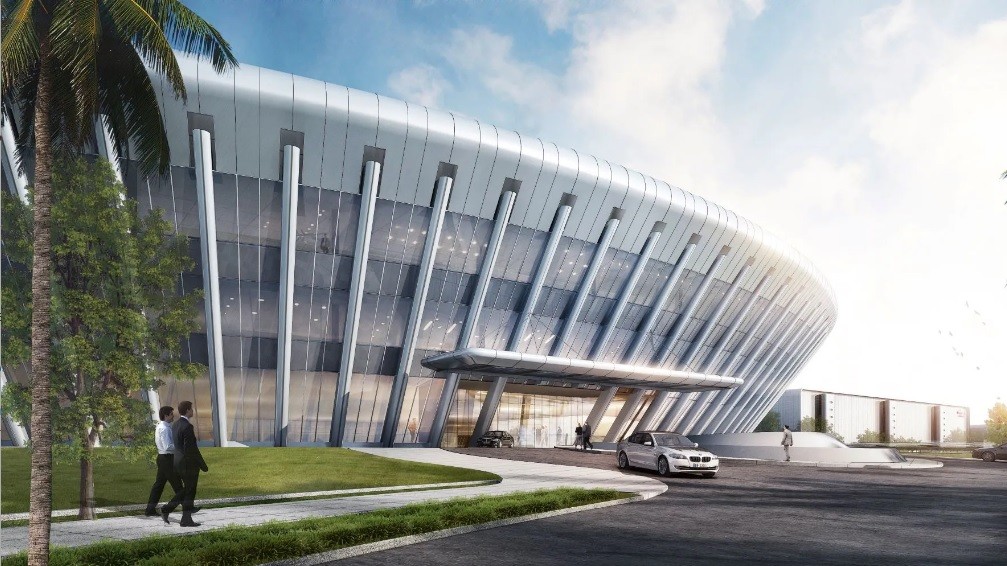 TSMC released two renderings of its new office building that is under construction in north Phoenix, which show a circular building covered in glass, according to AZ Central. The Taiwanese chipmaker is in the process of building a US$12 billion (NT$354 billion) fab on 1,129 acres of land it purchased close to Interstate 17 and Loop 303, the report said.

The company said that construction remains on track and that the facility is expected to begin operations in 2024. The new fab represents the largest foreign direct investment in the state’s history, AZ Central said.

The structural construction of the fab is almost finished, while the glasswork for the office facility is about half done. As of June, 38 cranes were working on TSMC’s construction site, per the report.

TSMC is currently in the process of hiring employees for the new fab, with around 500 Arizona employees going through training in Taiwan. The world’s largest contract chipmaker is planning to have upwards of 2,000 employees working at the north Phoenix facility by 2023.

The Taiwanese chipmaker's decision to set up shop in Arizona has also brought other companies within the chip supply chain to the area.

Sunlit Chemical, which produces hydrofluoric acid used in the chipmaking process, is constructing the first phase of a plant in Deer Valley. The facility is slated to begin operations by 2023, while another phase of the plant is expected to open in 2025, according to AZ Central.

TSMC’s Phoenix fab is scheduled to be ready for commercial production by 2024 and will produce 5-nanometer chips. The facility is expected to be able to produce 20,000 12-inch wafers per month.