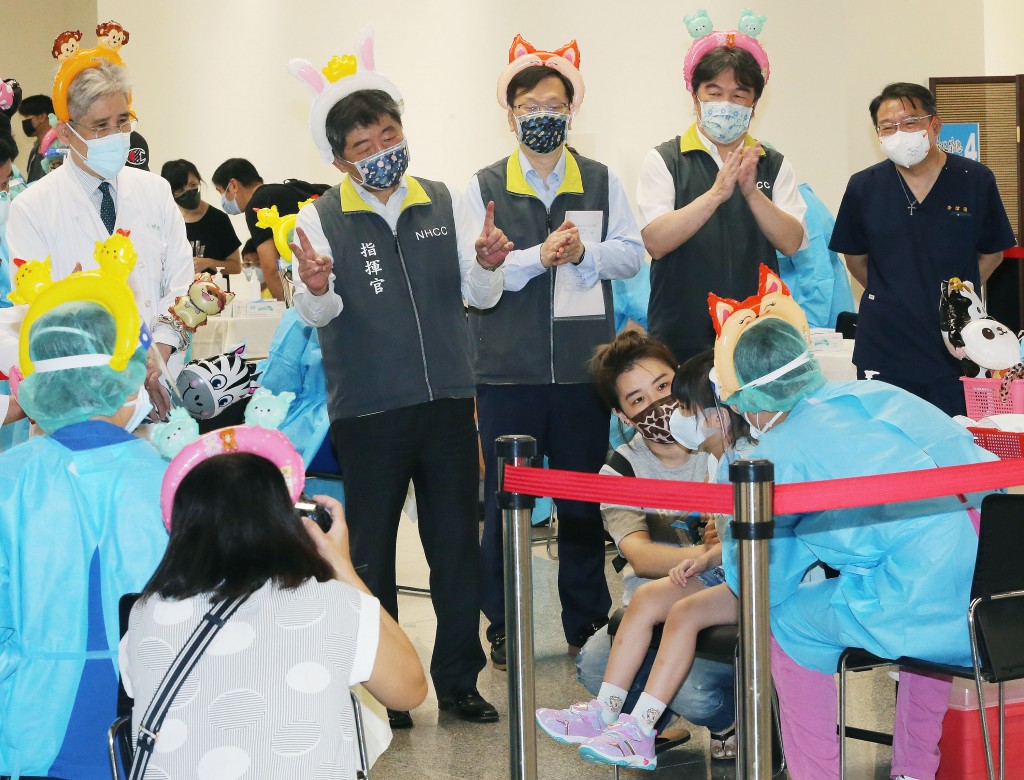 While visiting a temporary vaccination center for children located in Taipei's Liberty Square on Sunday, CECC head Chen Shih-chung (陳時中) was asked by the media whether there is chance that the country's COVID numbers could peak within a week's time. Chen said that initially, there had been various simulations for the trajectory of the outbreak, but recently the pattern has become clearer, "it will reach a peak in about a week, and there will be a chance of a reversal by June 10," reported TVBS.

According to CECC statistics, the cumulative infection rate for the country is about 10% and the seven-day moving average has dropped significantly. Although the number of new cases has exceeded 10,000 per day recently, the daily cases have been below 80,000 for five consecutive days.

At a press conference on Monday (June 7), Chen said that as expected, after the national infection rate exceeded 10%, the domestic epidemic has clearly shown a downward trend. Chen said that although the low numbers reported in recent days may be related to the Dragon Boat Festival, based on the seven-day moving average, the trend with the outbreak is still heading downward.

Chen said that due to the large number of residents living in the Taipei and northern districts, as the number of infected people has significantly reduced, the national outbreak trend has declined accordingly. He predicted that the epidemic in the central and southern regions will peak this week.

As for the impact on case numbers from the three-day Dragon Boat Festival holiday, Chen said that observation will be needed for a few more days.