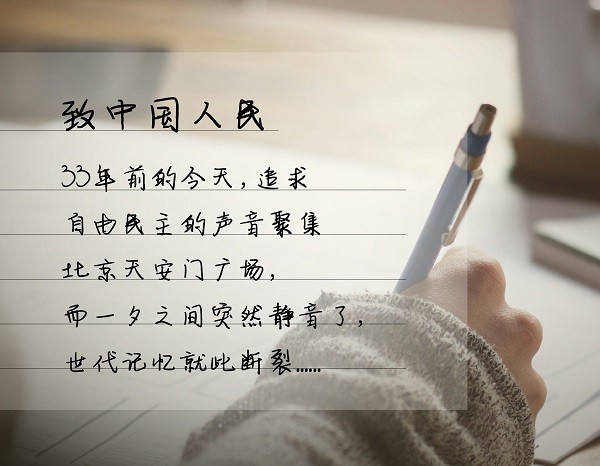 TAIPEI (Taiwan News) — On Saturday (June 4), the 33rd anniversary of the Tiananmen Square Massacre, Taiwan's Ministry of Foreign Affairs (MOFA) posted a message calling on Chinese citizens to use a VPN to look up the facts about the deadly crackdown.

On its Facebook page, MOFA uploaded a post both in simplified Chinese characters and in English. The post starts out by stating that 33 years ago, "cries for democracy rang out in Tiananmen Square in Beijing, and then all the sudden they fell silent."

The ministry then pointed out that every time the anniversary arrives in China, there is a strict ban imposed on any speech or writing about events on that date, while any reference to Tiananmen Square is heavily censored and sanitized.

MOFA called on the many "Chinese citizens" who leap over the Great Firewall of China to comment on the page with the use of a VPN to instead use the tool to seek information about the June 4 Tiananmen Square Massacre and to "see what their country is hiding from them."

The message then expressed the hope that individuals will no longer be sacrificed for the Chinese Communist Party and that "freedom, democracy, and human rights can become our common language." The post ended with the hashtag "#NeverForget."

Taiwanese netizens responded with comments that commemorated the atrocities committed at Tiananmen including news reports from the time, while Chinese trolls continued with whataboutism remarks on topics such as the persecution of Indigenous peoples and deaths from COVID in Taiwan.