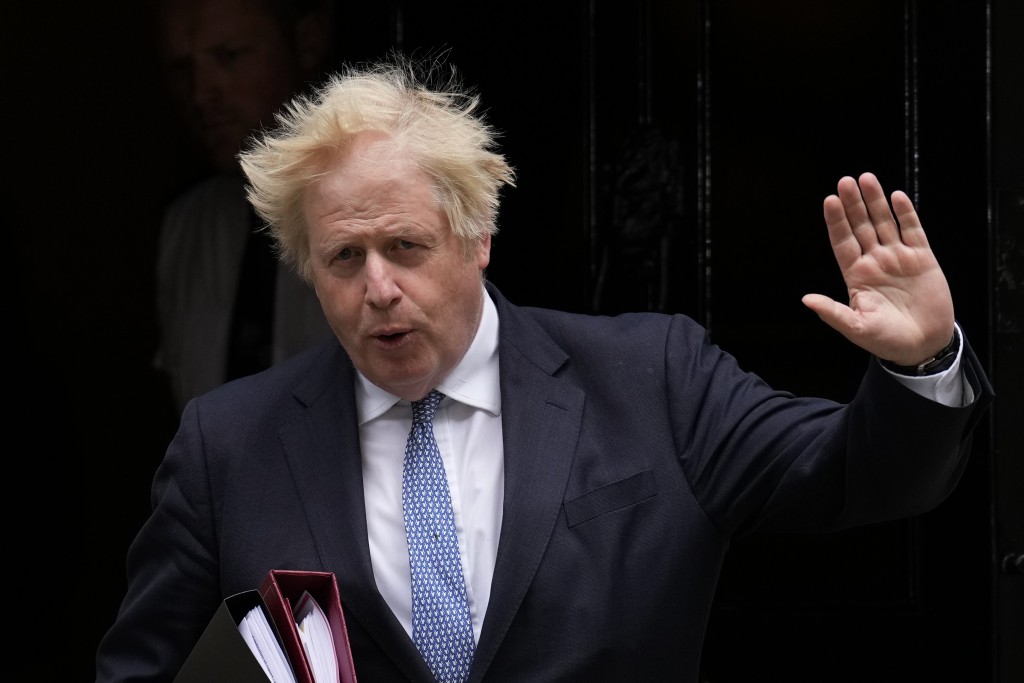 LONDON (AP) — Conservative lawmakers in Britain will vote Monday evening on whether to oust their leader, Prime Minister Boris Johnson, who has been tarnished by revelations that he and his staff held parties that broke the COVID-19 lockdown rules they imposed on the country.

Here’s how the Conservative Party goes about challenging and changing leaders.

Brady announced Monday that the threshold had been met and said the vote will be held in Parliament in the evening, with the result announced soon after.

All 359 Tory legislators can cast secret ballots; Johnson needs 180 votes to win. If he survives, there cannot be another challenge for a year unless the rules are changed.

If Johnson loses, he would resign and a party leadership contest would be held in which he would be barred from running. He would remain party leader and prime minister until a replacement is chosen.

Conservative leadership contests have two stages. In the first stage, Conservative lawmakers hold an initial vote on all the candidates. The candidate with lowest number of votes drops out, and voting continues until there are two contenders left.

When there are only two candidates left, they are put to a vote of the full party membership across the country.

In the last leadership contest in 2019, a field of 10 candidates was whittled down to Johnson and former Health Secretary Jeremy Hunt. Johnson won handily with about two-thirds of votes cast by party members.

The winner of the vote becomes Conservative Party leader and prime minister, without the need for a national election.

Any Conservative legislator is eligible to run to replace Johnson as party leader. The two names most often mentioned are Foreign Secretary Liz Truss and Treasury chief Rishi Sunak, both senior ministers with strong followings in the party.

Other possible contenders include: Deputy Prime Minister Dominic Raab, who ran against Johnson last time; Education Secretary Nadhim Zahawi; a key figure in the U.K.'s successful COVID-19 vaccine program; Penny Mordaunt, the international trade minister seen as a rising star; Leveling Up Secretary Michael Gove, one of the most powerful members of Johnson’s government; Health Secretary Sajid Javid, who has led the country’s coronavirus response; and Hunt, who has said he hasn’t abandoned hope of becoming prime minister one day.