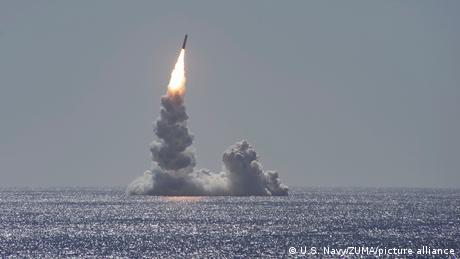 TAIPEI (Taiwan News) — Nuclear war is closer now than ever because of China's continued threat to invade Taiwan, a Center for Strategic and International Studies (CIS) analyst said in a report on Monday (June 6).

The expert, Michael Green, was quoted as saying in News.com.au that the possibility of a nuclear conflagration is greater now than at any time since the end of the Cold War in 1991. Two main reasons are given for this pronouncement, partly based on Center for a New American Security (CNAS) war games with senior US military figures in May.

The CNAS report, headlined, "War game in Taiwan: A 'home game' for China, an 'away game' for the US" notes that "one particularly alarming finding from the war game is that China found it necessary to threaten to go nuclear from the start in order to ward off outside support for Taiwan."

“But China had difficulty convincing the United States that its nuclear threats were credible,” the article continues, illustrating the problem of brinkmanship and the possibility that this could lead to a full-scale nuclear holocaust.

Green says this is the problem with deterrence. "We are looking at Xi Jinping now in a new light because of what (Russia President Vladimir) Putin did. These authoritarian leaders may be willing to roll the dice."

In the May war game reconstruction, it is 2027, and China has expanded its nuclear arsenal and believes its conventional military is capable of taking Taiwan. However, a quick victory proves illusory.

To begin with, China attacks U.S. and Japanese assets before invading Taiwan. It manages to land and invade northern Taiwan but its progress is slowed. Frustrated by allied support and stiff Taiwan resistance, China decides in one scenario to launch a "nuclear test" in the Eastern Pacific.

“So China’s strategy is not to use force, but to make us think that any fight would be futile,” Green is cited as saying. “And so far, in a way, that’s not working. They’re steeling our resolve."

"So it is a perilous time, although I do think the chances of an actual war are still low,” Green commented.