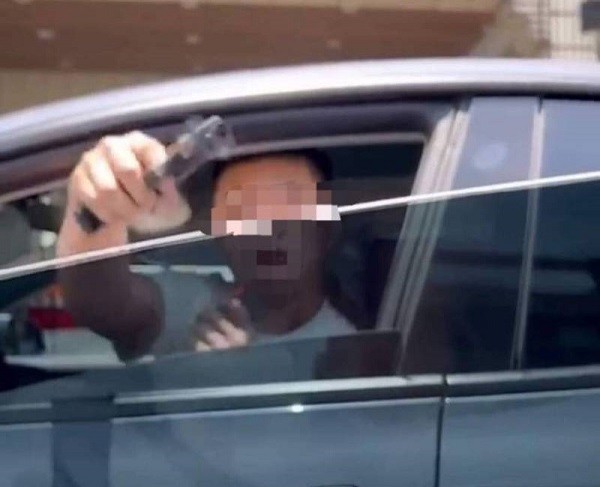 TAIPEI (Taiwan News) — On Sunday (June 5) video surfaced showing a man firing a BB gun at a couple after they had refused to allow him to cut in line at a charging station as he allegedly prepared to attend his father's funeral.

At 11 a.m. on Sunday, the owner of a Tesla surnamed Lin (林), 22, pulled up to a Tesla Supercharger station on Nuzhong Road in Yilan City and asked a 25-year-old driver surnamed Chen (陳) to give up his spot and let him start charging immediately, reported Liberty Times. Lin claimed that his father had passed away, and he urgently needed to attend the funeral.

However, Chen responded by saying that he was "almost done" charging his vehicle. Lin cursed and Chen stressed that he only needed one more minute and asked him to wait a little longer, reported TVBS.

Chen and his female companion were baffled by Lin's aggressive behavior and left the scene as soon as they had finished charging their vehicle. However, Lin chased the couple down in his car and pulled up alongside their vehicle at the intersection of Nuzhong Road and Yangming 6th Road.

In a video of the incident uploaded to the Facebook group Baofei Gongshe (爆廢公社), Lin's window is rolled down as he beckons to Chen with his hand before thrusting his middle finger. Chen lowers the window and asks Lin "What do you want?" 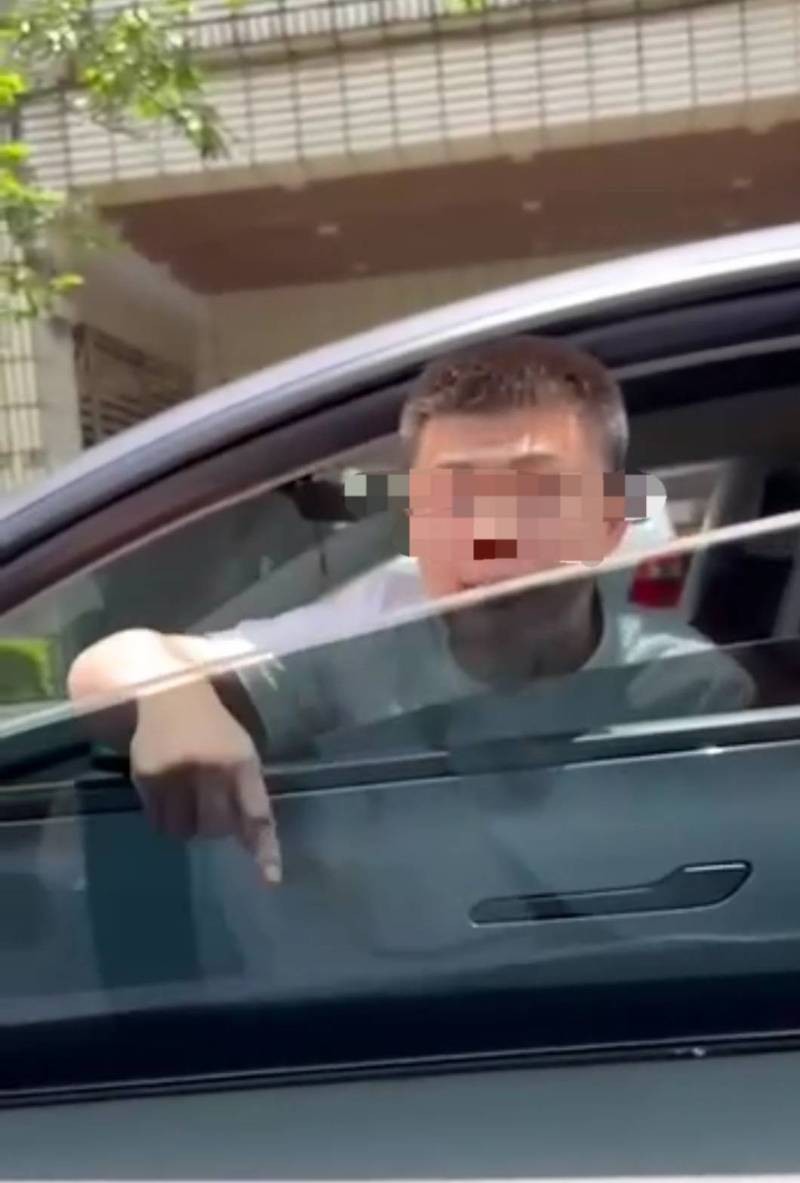 Lin demands Chen step out of the car. Lin then shouts "My father has already passed away. I was just asking you to give up your spot, is that so hard?"

Lin asks why the couple had taken photos of his car. Chen's female passenger then says: "You seem to have missed the point."

Becoming more agitated and reaching for something in his seat, Lin asks "get what point?"

The female passenger and Chen say that they understand there are family-related issues, but they also had important matters to attend to. Lin again asks why the couple had taken photos of his car.

The woman replies that they took photos because he had used foul language toward them. Lin then asks them "what do you want to do about it?"

The couple then say in unison: "We don't want to do anything." Chen's companion then asks Lin "So what do you want?"

Appearing to indicate he wanted to settle the matter with fists, Lin says "Get out of the car and we can handle it however you like." Chen retorts "I'll call the police." 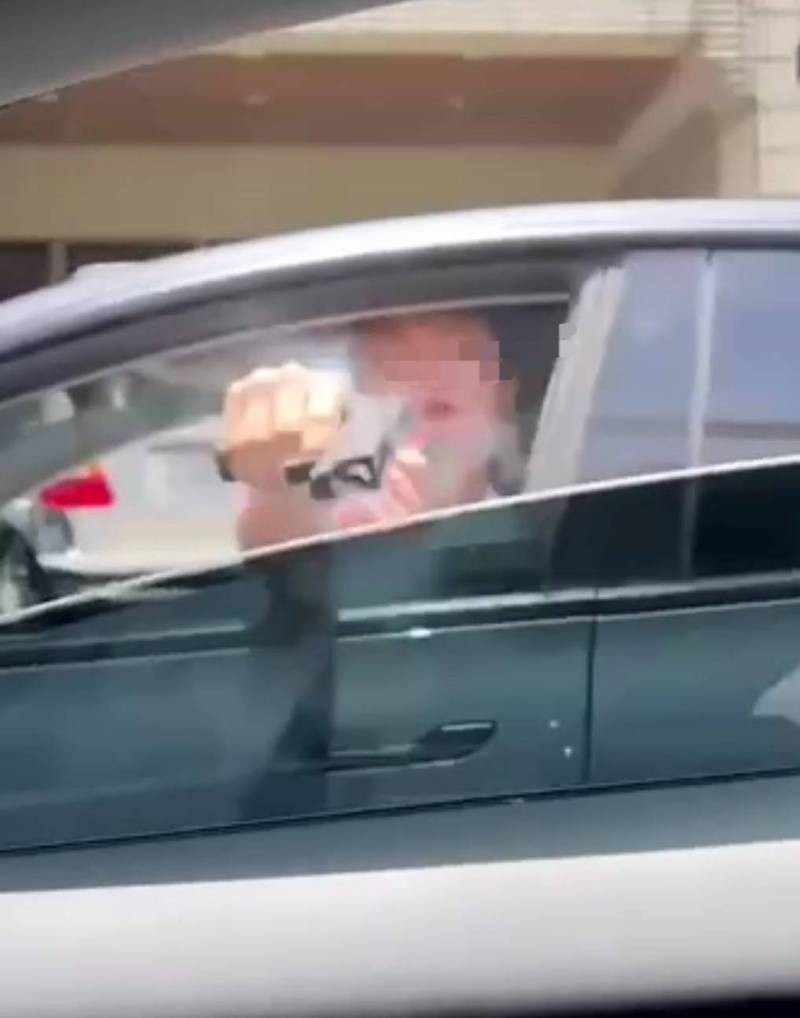 Lin then says "It's all good" as he can be seen lifting up a BB gun and placing it in his lap. Just as Chen says he would call the police, Lin thrusts the gun out of his window and fires a volley of shots toward the couple.

Chen tries to take cover but is hit multiple times. Lin peels away from the scene and Chen says that he was in pain and exhorts his female friend to call the police.

After receiving a report about the assault, the Yilan County Police Bureau managed to determine Lin's identity after reviewing surveillance camera footage. They dispatched officers to Hualien County to investigate and were able to locate Lin and took him into the Xincheng Precinct station to undergo questioning.

Lin stated that Chen had refused his request to allow him to take his charging spot. Lin said that he held a grudge over the rejection and fired shots at Chen with a BB gun before tossing it into the ocean.

Chen suffered injuries to his head, the corner of his eye, hands, and back. Yilan County police have transferred the case to the District Prosecutor's Office to investigate Lin for charges of assault (傷害罪), malicious mischief (毀損罪), intimidation and extortion (恐嚇取財罪), and coercion (強制罪). 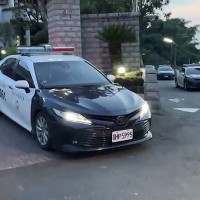 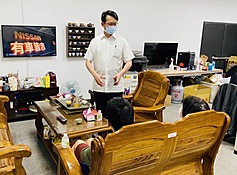