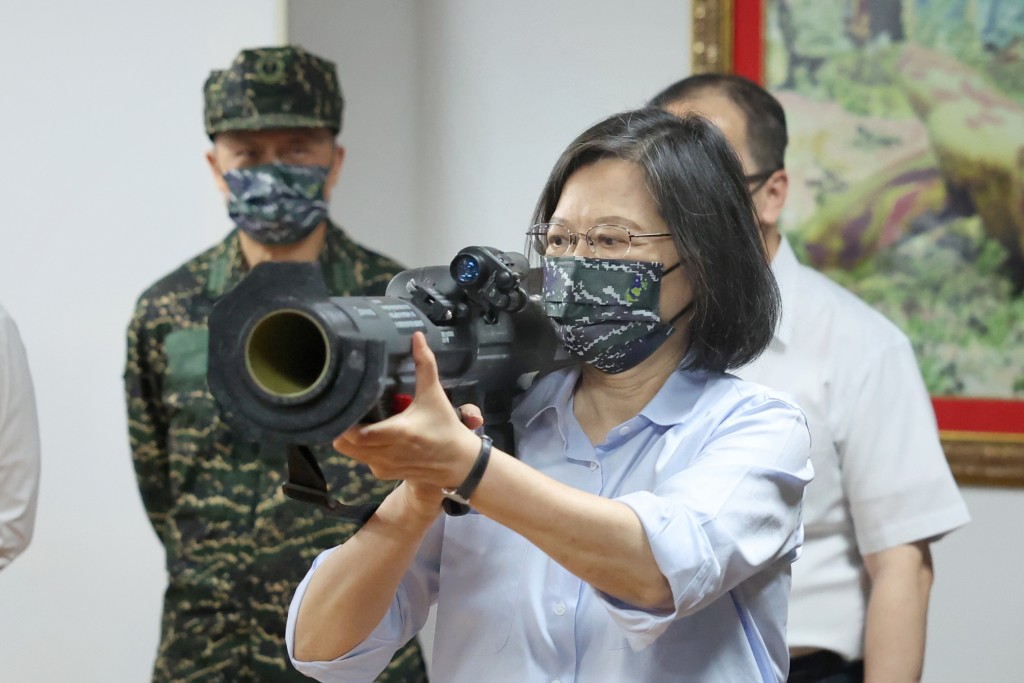 That morning, Tsai attended a briefing on the combat readiness, weapons, and equipment of the 66th Marine Brigade, reported CNA. Among the items demonstrated to Tsai were the Kestrel, the Javelin surface-to-air missile, dual mount Stinger, the T108 light sniper rifle, and various models of night vision goggles.

After listening to the briefing on the Kestrel system, Tsai unexpectedly picked up a Kestrel launcher, which did not have a rocket inside at the time, placed it on her shoulder, and asked how to use it. Soldiers then explained how to operate the weapon.

The media then asked her if the weapon was heavy, to which Tsai replied, "No." She explained that she was "just testing its weight," and added, "It is quite easy to operate."