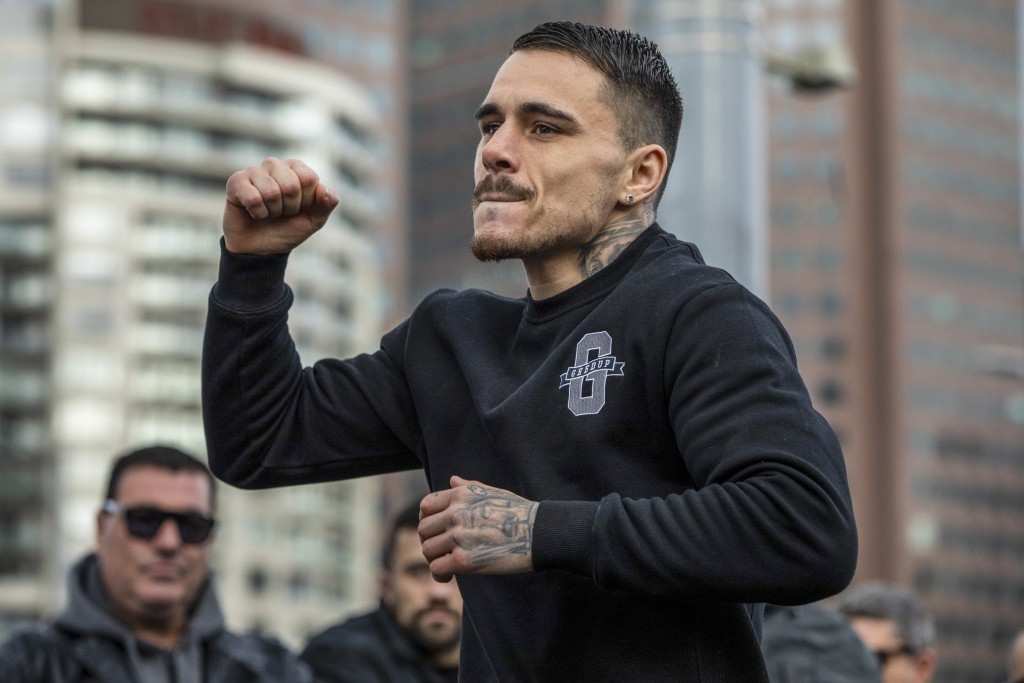 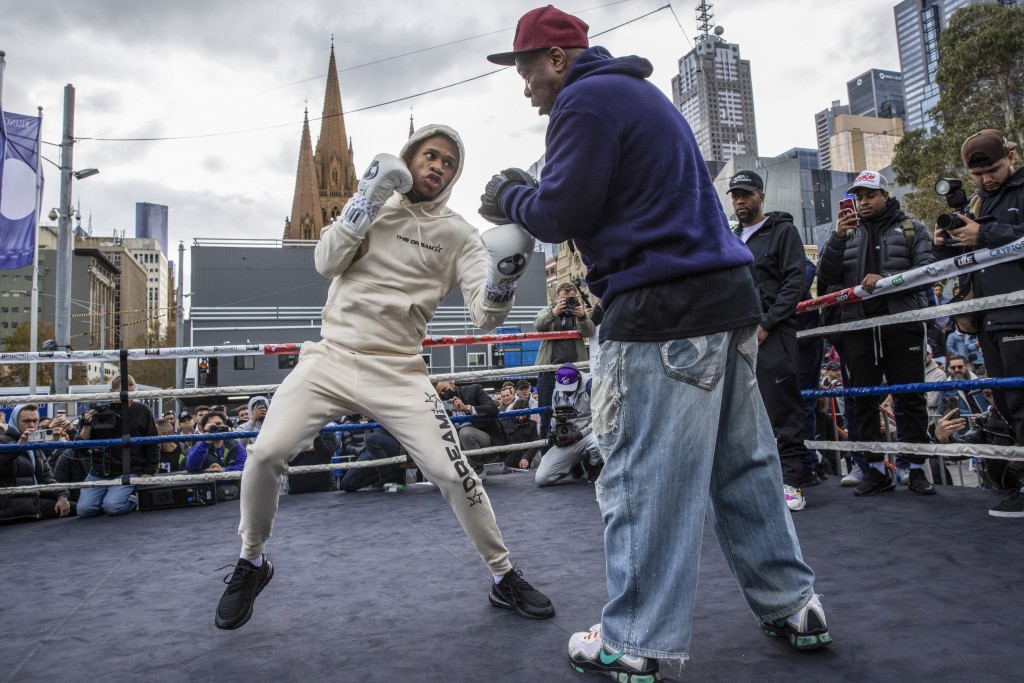 It’s a lightweight unification fight that Australian boxer George Kambosos has the most to lose, but ultimately the most to gain.

The 28-year-old Australian will put his WBA, IBF and WBO belts on the line on Sunday at Melbourne’s Marvel Stadium against American Devin Haney, who has the WBC lightweight version — the one Kambosos covets.

It’ll be a Sunday afternoon start at the covered football stadium in Melbourne to coincide with the Saturday night viewing times in the U.S., where it will be televised live on ESPN.

Haney won the vacant interim WBC lightweight title with a fourth-round stoppage over Zaur Abdullaev in September 2019, later elevated to full status. He has since defended his title four times, including his unanimous decision over Jorge Linares in May last year in Las Vegas.

Haney arrived in Australia this week in an effort to become the undisputed world champion, and he was without his father Bill, who is his longtime trainer.

Yoel Judah, father of former world champion Zab Judah, who was knocked out by another Australian Kostya Tszyu in 2001, will instead be in Haney’s corner for the bout.

Haney said he's going ahead with the fight because he couldn't turn down a chance to become undisputed world champion in the lightweight division.

“My dad has been coaching me over the phone as much as he can,” Haney told AAP. “Things have definitely been different without my father here but the show must go on. Me and Yoel have been getting our chemistry together and doing our thing and I have a great team around me.”

Kambosos said he wants Haney’s father to be allowed into the country because he didn't want anything to deflect from the outcome.

“Let the man in — I want no excuses,” Kambosos said.

Otherwise, Kambosos said the situation was a familiar one to him.

“I’ve been doing it for five years — fighting overseas for little money, for no belts and trying to get my shot,” Kambosos said. “This guy comes for one trip and gets millions of dollars and they want me to get the violin out for him!”

One of those overseas fights was at New York's Madison Square Garden last November, when Kambosos won the lightweight belts with a victory over another American, Teofimo Lopez. It came after Kambosos survived a 10th-round knockdown to win by split decision.

Kambosos said he “could have fought a no-name . . . in my first big defense in Australia” and made $3 to $4 million. But the fight might have only lasted two rounds, disappointing the local fans.

“I can’t do that. I’m the top dog in the division but the underdog in this fight," he said. “It’s exactly where I want to be.”

Kambosos was born in Sydney to parents of Greek descent and he expects a big boost from the fans in Melbourne — one of the largest Greek populations in the world outside of Greece.

He’s touting the fight as one of the biggest ever held Down Under.

The unification fight is Kambosos’ first in Australia since 2017, when he moved first to the U.S. and then to the Philippines to work as Manny Pacquiao’s sparring partner. Five years ago when he last fought in Australia, it was before a crowd of 1,000 at the Melbourne Pavilion, where he beat Thailand's Krai Sethaphon by TKO in the ninth round.

Kambosos said he hopes Pacquiao, who won 14 world titles in eight weight classes and now is a senator in the Philippines after an unsuccessful presidential run in the May 9 election, will be ringside on Sunday in Melbourne.

“I’m hearing he’s going to be here, so I look forward to catching up with him,” Kambosos said.