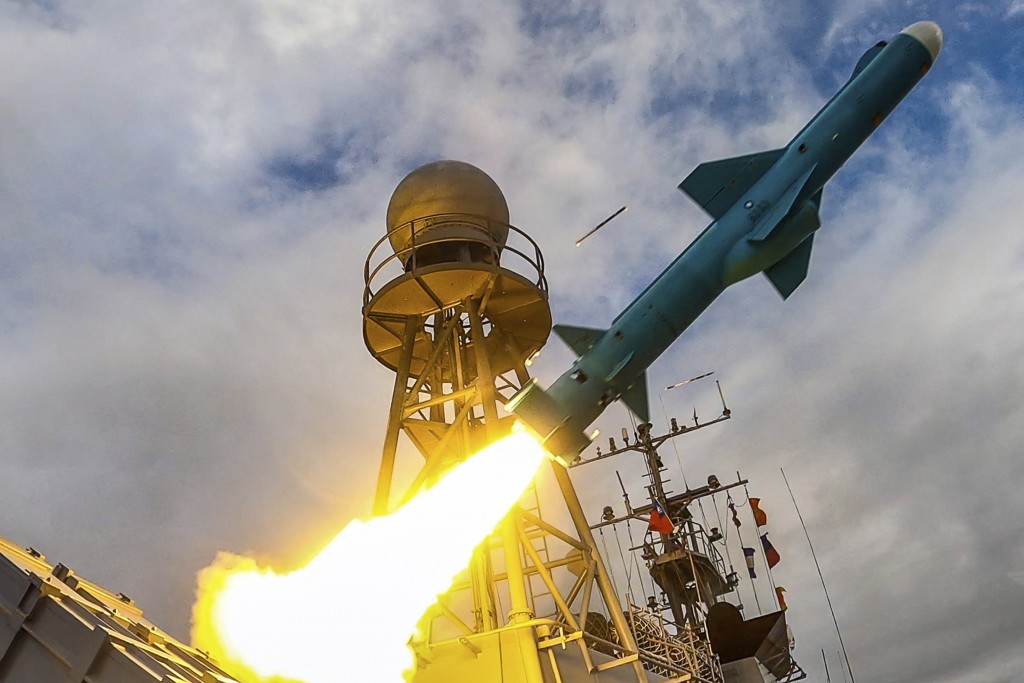 I have good news and unwelcome news. First, the pro-Taiwan American military, industry, and policymakers agreed with my analysis in the previous "Asymmetric warfare is not equal to asymmetric weapons" article. The unwelcome news is the Biden administration has not yet changed its restrictive Taiwan weapons policy.

I received a query from one reader and provided an answer below.

Good piece, but I'm wondering whether an emphasis on symmetric vs. asymmetric is very helpful. Won't Taiwan's position now always be asymmetric by definition, no matter what systems they buy — given the enormous difference in cross-strait military capacities?

A sympathetic reading of the U.S. position would see it as a wish to discourage what in the past was arguably excessive use of a limited budget to procure shiny new objects that might not be the best use of the money for Taiwan's defense. Is the U.S. just carrying that too far?

Has anyone done a paper that sets out the five scenarios and analyzes what equipment Taiwan would need in each case?

Thanks for your feedback and questions.

If Taiwan accepted the Washington D.C. view of asymmetric weapons, the Taiwan military would not have aircraft to demonstrate that it is their ADIZ. Not having air capability would invite the PLAAF to be more aggressive, which could create more tension and increase the likelihood of war.

The PLAAF could also overfly Taiwan and the two responses available to the Ministry of National Defense would be, according to D.C., shoot down the PLAAF aircraft or do nothing. Doing nothing (capitulation) is not an advantageous position and would encourage further encroachments.

The U.S. has banned the sale of six E-2D aircraft to Taiwan.

None of the weapons that D.C. allows Taiwan to buy counter the thousands of PLA ballistic and cruise missiles. Responding to PRC missile attacks is another of the five scenarios —Joint Firepower Strike Operations or simply a decapitation scenario.

This situation forces Taiwan to build its own symmetric and asymmetric capacity and capability as part of their layered defense concept, which it has admirably done to include the following indigenously produced cruise missile systems:

Taiwan has its own indigenously produced missile defense systems: Tien Kung (Sky Bow), Tien Chien, and Hsiung Feng. I would encourage the U.S. to gift Taiwan one of the two Iron Dome batteries purchased from Israel (with Israel’s concurrence).

The U.S. army deployed the other Iron Dome battery to Guam to counter cruise missiles and short-range missile threats, from PLA naval or aircraft delivered missiles. The U.S. and Israel could also provide Israel’s David Sling and Arrow II and III systems to Taiwan to enhance missile defense.

The U.S. army has deployed a THAAD battery to Guam since 2013 as requested by the U.S. Indo-Pacific Command. Deploying U.S. or other country AEGIS capable missile defense naval ships around Taiwan’s coastal area or even providing an AEGIS ashore capability, just as Guam will have, would be beneficial.

The U.S. missile defense plans for defending Guam include:

Guam is a good case study to consider for defending Taiwan against missile threats.

The logic of missile defense that counters the decapitation scenario should also be applied to countering a naval blockade.

Taiwan has four submarines, including two Dutch Sea Dragons, and will have an additional eight indigenously produced subs starting in 2025, through its Indigenous Defense Submarine program, codenamed Hai Chang.

Taiwan's submarines are extremely important to counter a PLA Navy blockade scenario (Joint Blockade Operations), which is another of the PLA five attack plans. According to a Reuters article, “Taiwan’s defense ministry said the new submarines are crucial for ‘the national defense forces’ asymmetric warfare’” program.

In other words, Taiwan’s Navy uses its submarines asymmetrically against the PLA navy by posing a “deadly threat to an invasion fleet … armed with powerful torpedoes and anti-ship missiles, these vessels could attack the convoys of troop transports and warships" the PLA would need for any landing on Taiwan.

Just as the Ukrainian military uses the Javelin anti-tank missiles against Russian tanks and armored personnel carriers, the submarine would have the same effect against PLA navy warships and ship troop carriers.

Not only does China conduct boycotts today against countries that would sell weapons to Taiwan, even in the 1980s Beijing degraded “diplomatic relations with the Dutch after the Netherlands sold Taiwan the Sea Dragons … the Netherlands signed an agreement with China in 1984 stating it ‘would not approve any new exports of military goods to Taiwan.’ That pact remains in place.”

Taiwan needs to cover all scenarios to maintain stability and therefore needs to have symmetric and asymmetric capabilities like the MH-60R helicopter to replace their aging ones.

I could provide further examples of other scenarios with needed weapon systems that would help Taiwan with its defense planning, but the Biden administration's stubborn focus on “asymmetric weapons” stymies Taiwan's ability to defend itself from the other four PLA attack plans.

Taiwan will never have matching numbers, but they need to present a solid defense in any combination of the five scenarios.

Forcing Taiwan to purchase only asymmetric weapons provided by the U.S. to Ukraine enhances defense against a massive PLA invasion scenario and dooms the Taiwan military to attrition warfare with the hope that they will fight long enough until “the Americans come.”

If the U.S. does not intervene, then this asymmetric strategy invites the PLA to slaughter all who resist. I believe the Biden administration would not intervene just as it has not intervened with boots on the ground in Ukraine — the U.S. only sent asymmetric weapons to Ukraine after the war started.

As I argue in my original asymmetric piece, with Taiwan cut off from resupply, they can last only until their weapons run out. Therefore, the resulting U.S. asymmetric weapon policy without U.S. assurances that it will intervene proposes that the PLA will attrit the Taiwan military until there are no fighters or they surrender. China is pleased with this U.S. policy change.

As for the issue of laying out the weapons needed for each case, this is a sensitive discussion for the Taiwan government and its military to determine.

All feedback from my pro-Taiwan contacts in Washington, D.C. and here in Taiwan indicate that I hit the nail on the target with my previous article — they all agree with it and agree the current administration is de facto implementing China's desire to weaken Taiwan.

The Ukrainian war is not over. The result will be thousands of people killed, including civilians. Is this singularly asymmetric weapon focus for Ukraine an acceptable outcome for Taiwan? I doubt anyone in Taiwan would concur.

My last comment to the reader would be to consider what would happen to Israel if the U.S. forced it into a comparable situation, in which Israeli civilian and military leaders forfeit their discretion and judgment to decide how to defend the nation. The outcome would be another Holocaust.

The ideal future would be to agree to disagree. Taiwan’s defense policy is the right path for it to take given the circumstances; the U.S. defense policy impeding Taiwan’s procurement of U.S. weapon systems invites more risk to Taiwan and is a dangerous course of action for the citizens and its military.

The asymmetric weapons forced upon Taiwan without assured U.S. military intervention is the most dangerous scenario for Taiwan to be in and is hardly a credible option considering our actions in Ukraine (weapons delivered after the war started and only asymmetric weapons) and our inaction in Afghanistan during our shameful pullout.

I hope this assessment helps you understand the untenable position that the U.S. policy is forcing Taiwan to be in. Denying Taiwan fully developed and deployable U.S. weapon systems forces Taiwan to invest in expensive research and development and delayed deployment of comparable weapon systems that Taiwan requires for multiple threats.

Let us put pressure on the Biden administration to change its asymmetric weapons only policy and allow Taiwan to purchase the weapons it needs. Furthermore, if the Biden administration genuinely believes that Taiwan is at risk of an imminent invasion, let us give them the weapons now by funding a massive shipment before a war commences to deter China from invading in the first place.

As Benjamin Franklin famously and wisely said: “An ounce of prevention is worth a pound of cure.”

Just as the U.S. conducted a long-term training and equipping program for the Ukrainian military before the current Russo-Ukrainian war started in 2015, let us also fund a similar training and equipping program by U.S. military personnel that trains the Taiwanese in the use of these U.S. weapon systems and conducts joint exercises to ensure that if the “balloon goes up”, the U.S. and Taiwan militaries will have practiced combined operations and will be able to conduct seamless integration between the two allies.

The military assistance the U.S. provides Taiwan does not counter any agreement we have with China. The agreement states that we will provide defense equipment to Taiwan to prevent a violent takeover of the country, and it does not prohibit the U.S. military from training the Taiwan military.

China will whine, complain, and issue dire threats about any assistance the U.S. provides Taiwan since its nature is to be thin-skinned and act like a baby in an adult body:

“The German philosopher Georg Wilhelm Friedrich Hegel said more than 200 years ago that some Asian authoritarian societies represented by dynastic China had actually remained in the infancy of civilizational development and had not yet matured. Popular Chinese folklore has often compared the CCP to a giant infant baby locked in a powerful body, without the mature development of the brain and the rationality of an adult.” -- Dr Miles Yu

Guermantes Lailari is a retired USAF Foreign Area Officer specializing in the Middle East and Europe as well as counterterrorism, irregular warfare, and missile defense. He has studied, worked, and served in the Middle East and North Africa for over 14 years, and similarly in Europe for six years. He was a US Air Force Attache in the Middle East, served in Iraq and holds advanced degrees in International Relations and Strategic Intelligence. After retiring from the USAF, he worked in a variety of positions, including four years for the Assistant Secretary of Defense for Special Operations and Low-Intensity Conflict (ASD-SOLIC) Irregular Warfare Technology Support Directorate. He was selected to be a program manager for the Asymmetric Warfare Program at the Virginia Tech Applied Research Corporation, followed by assignments in the Middle East where he managed a US forward based missile defense radar and a variety of other technical positions. He was selected to be a 2022 Taiwan Fellow by the Taiwan Ministry of Foreign Affairs and is researching for the year at National Chengchi University in Taipei, Taiwan.
PLAHsiung FengTien KungIron DomeTerminal High Altitude Area DefenseYun FengWan ChienE-2D aircraftPLAAFADIZAsymmetric warfare
Tweet