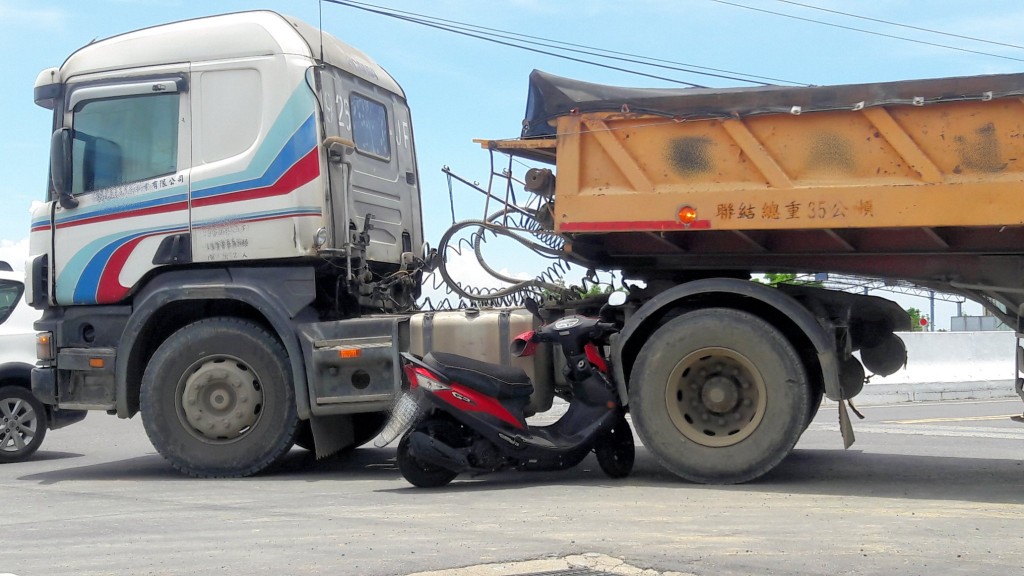 TAIPEI (Taiwan News) — After colliding with a heavy-duty freight truck on Wednesday (June 1), a 77-year-old woman survived with light injuries while her scooter got stuck in the vehicle.

Liberty Times reported that the accident occurred at 11:47 a.m. in Chiayi County, on County Highway 161 near Hongde Vocational High School. The front part of the scooter was caught by the truck near a wheel, and according to Facebook user Chen Cheng (陳誠), who shared photos of the accident with the group “Puzi Public Opinion Observation Station,” the rider’s thigh was stuck between the scooter and the truck’s oil tank.

The woman reportedly suffered an injury to her knee but was conscious and not in critical danger. She was rescued by the police and firefighters and taken to the Chang Gung Memorial Hospital in Chiayi County for treatment.

The police are currently investigating the cause of the accident. 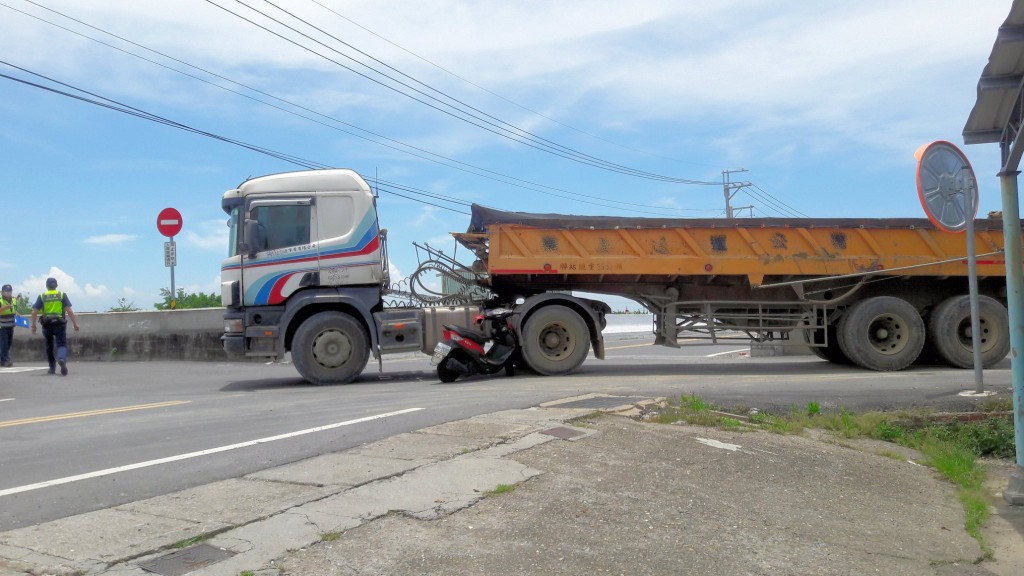 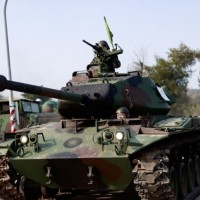