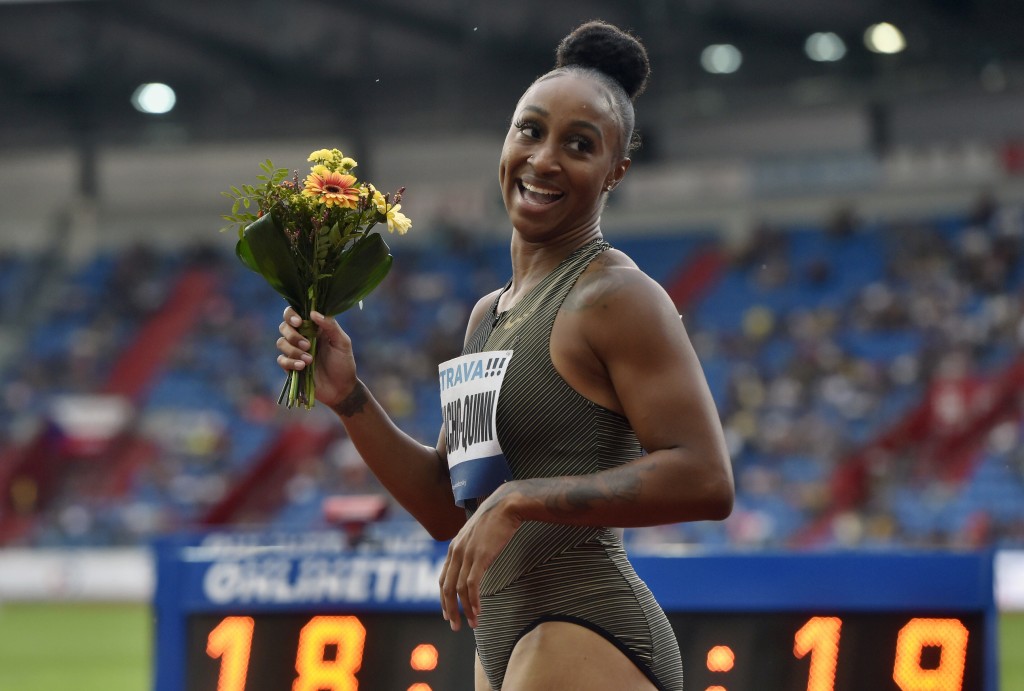 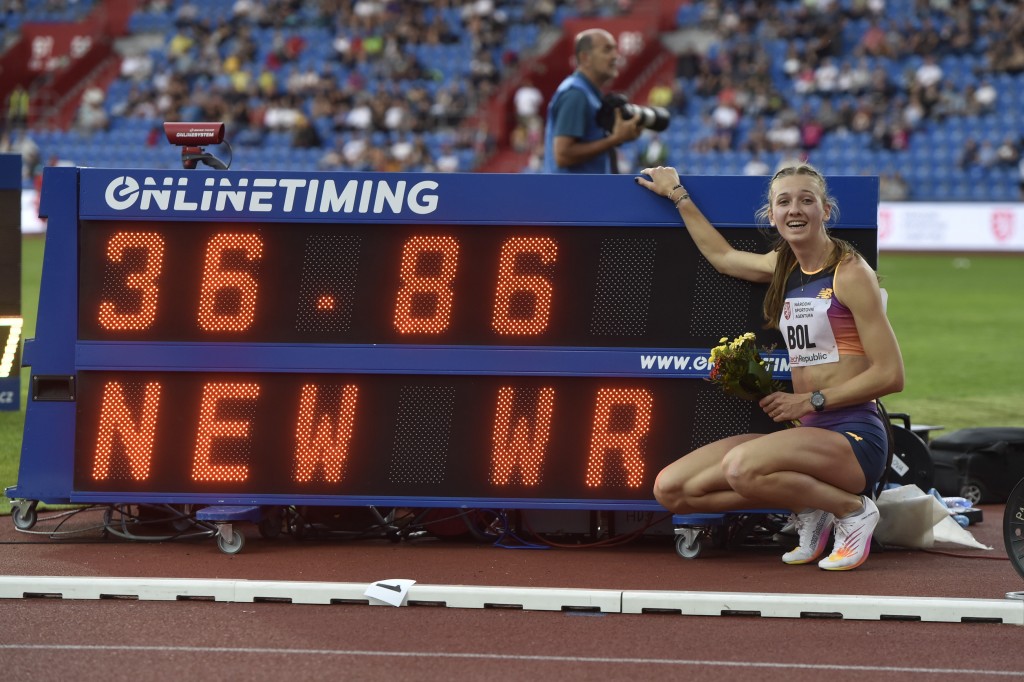 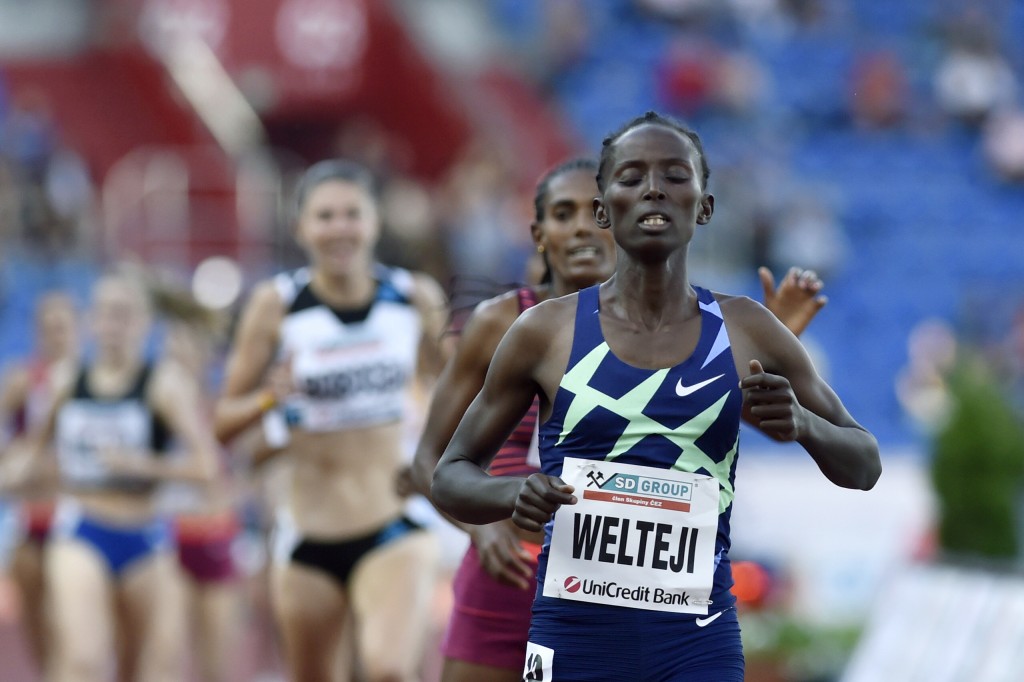 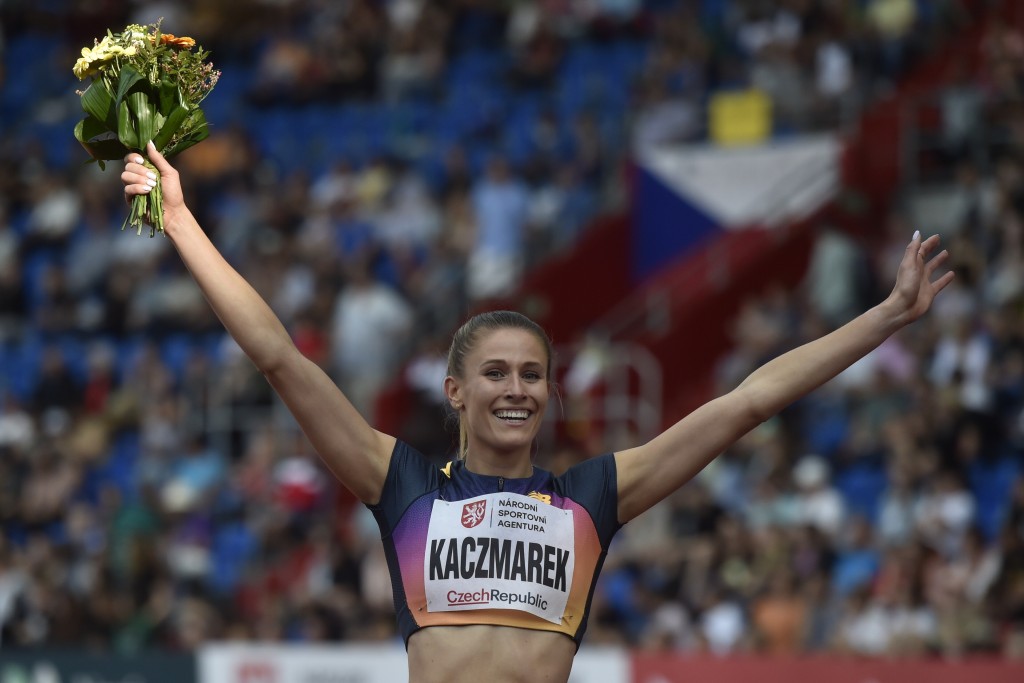 Prescod showed blistering pace over the last 20 meters to surge ahead of Yohan Blake of Jamaica and clock a personal best time despite running into a headwind. Blake was second in 10.05.

In the women's 100 meter hurdles, Olympic champion Jasmine Camacho-Quinn of Puerto Rico recovered from a slow start to finish first in 12.56 seconds. Pia Skrzyszowska of Poland was second in 12.65 ahead of American Nia Ali, who clocked 12.69 in third.

Seven-time Olympic champion Allyson Felix finished second in the women's 200, more than half a second behind Aminatou Seyni of Niger who won in 22.21. The 36-year-old Felix is competing in her farewell season, with the American having announced that she is retiring at the end of the year.

In the rarely contested women’s 300 hurdles, Femke Bol of the Netherlands clocked the fastest time ever to win in 36.86, more than one second faster than the previous best of 38.16 set by Zuzana Hejnova in 2013. The event does not have an official world record.

Jerome Blake of Canada won the men's 200 in a photo finish ahead of U.S. sprinter Elijah Hall, with both clocking 20.14.

World champion Anderson Peters of Grenada claimed the men’s javelin with a throw of 87.88 meters.