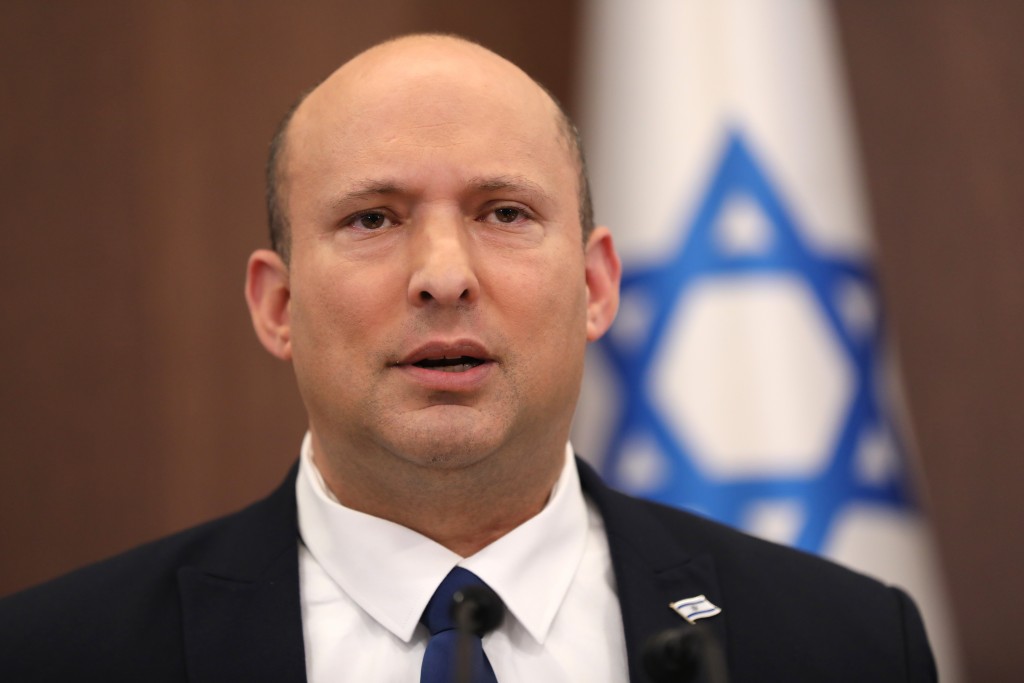 JERUSALEM (AP) — Israel said Tuesday it has proof that Iran stole classified documents from the U.N. atomic energy agency nearly two decades ago and used them to conceal its nuclear activities from international inspectors.

The documents appear to show that Iran was spying on the inspectors and trying to anticipate and respond to any allegations of wrongdoing, but they do not appear to contain any evidence it was pursuing nuclear weapons. The release came as Israel has been pressing the U.S. and other world powers not to restore a tattered nuclear deal with Iran.

Israeli Prime Minister Naftali Bennett circulated the documents to media. His office said they came from a trove of Iranian nuclear files seized by Israel in 2018 but have not previously been made public. The Wall Street Journal first reported on the documents last week, saying it had obtained them from “a Middle East intelligence agency" in a country opposed to Iran's nuclear program.

Bennett said he was sharing the documents in response to remarks by Iranian Foreign Minister Hossein Amirabdollahian at the World Economic Forum in Davos, Switzerland, who dismissed the allegations as “lies." The foreign minister pointed to previous times when Israel has issued dire warnings — which did not come to pass — that Iran was about to develop nuclear weapons.

“Spreading lies? Come on. I’m holding right here the proof of your lies in my hands," Bennett said in a video circulated to media. The Persian-language documents, which could not be immediately authenticated, appear to be marked with official stamps, some bearing the word “secret.”

“After Iran stole classified documents from the U.N.’s atomic agency, Iran used that information to figure out what the atomic agency was hoping to find, and then created cover stories and hid evidence to evade their nuclear probes," Bennett said.

Israel views Iran as its greatest threat and was virulently opposed to the 2015 nuclear agreement signed by Iran and world powers, saying it did not contain enough safeguards to keep Iran from developing a weapons capability or address other Iranian military threats in the region. It welcomed the Trump administration's decision to unilaterally withdraw from that deal, causing its collapse, and is opposed to U.S. efforts to revive the accord.

Israel is widely believed to be the only nuclear-armed state in the Middle East. It has never publicly acknowledged having such weapons.

One of the documents shared by Israel, a purported Iranian intelligence memo from 2004, says “27 pages of classified IAEA documents” are being sent to prepare for an inspection of Iran's Arak heavy water nuclear reactor. The reactor produces plutonium as a byproduct, which can be used for nuclear weapons. The memo says the documents were “obtained using intelligence methods.”

Another purported Iranian intelligence memo, from 2006, offers a translation of a “highly confidential agency report” about a “green salt” project. The U.S. has said the “Green Salt Project” was an Iranian plan to link diverse components of a nuclear weapons program, including uranium enrichment, high explosives testing and a missile re-entry vehicle.

In one set of documents, an Iranian official requests in handwritten notes that the liquidation date of a company that had been operating the Gachin uranium mine be changed from 2001 to 2003. The official writes that the atomic agency will be asking about it, saying “we must hurry.”

The Wall Street Journal, citing unnamed intelligence officials, said this change allowed Iran to tell the IAEA that the work done on the mine prior to 2003 was carried out by a private company under the auspices of Iran’s atomic energy agency, when in fact the mine was operated by the Defense Ministry as part of a potential nuclear weapons program.

The Biden administration says it is making a final push for an agreement that would lift sanctions on Iran in return for limits and oversight of its nuclear activities. The inspections would likely be carried out by the IAEA.

Since the collapse of the deal, Iran has resumed key aspects of its nuclear program, including enrichment of uranium beyond the limits outlined in the agreement. Israel's defense minister recently claimed that Iran is just weeks away from producing enough enriched uranium required to make a bomb.

Rob Malley, the U.S. envoy to the talks, acknowledged last week that the chances of success were “tenuous." But he said the administration still believes Iran's nuclear program is less of a threat inside a deal than outside one.

Yoel Guzansky, a senior fellow and Iran expert at Israel's Institute for National Security Studies, said the leak of the documents was likely aimed at influencing the U.S. as it tries to close a new deal. But he said it would likely not have much impact.

“People understand what the threat from Iran is,” he said. “They understand that Iran is lying and cheating and hiding for years. I don't think it comes as a surprise for anyone, so I don't see any long-term effect of these documents.”