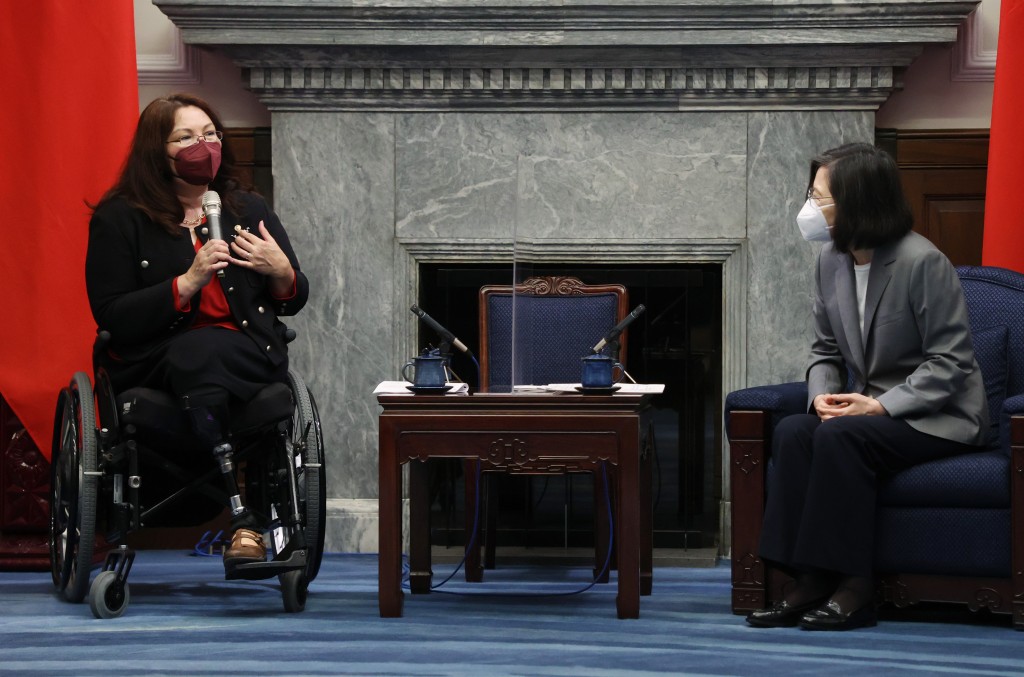 TAIPEI (Taiwan News) — The United States will not only support Taiwan in defense matters, but will also make sure the country does not have to struggle alone, visiting Senator Tammy Duckworth told President Tsai Ing-wen (蔡英文) Tuesday (May 31).

Almost a year after her previous visit, the U.S. war veteran arrived for a May 30-June 1 visit to Taiwan filled with meetings with top government members, CNA reported.

During talks at the Presidential Office Tuesday morning, Duckworth repeatedly assured Tsai of U.S. support while adding she hoped to visit Taiwan each year. The support and cooperation were not limited to defense issues, but also included matters related to economy and trade, she said, while denying Washington was behaving like Taipei’s big brother.

The senator also recalled how, during her previous visit in June 2021, she announced that Taiwan would be the first country to receive a donation of COVID-19 vaccine doses from the U.S., after Taipei donated masks and protective equipment, showing the two were true friends.

On the day Duckworth arrived, China sent 30 military aircraft into Taiwan’s air defense identification zone, the second-largest single-day intrusion since the start of the year.