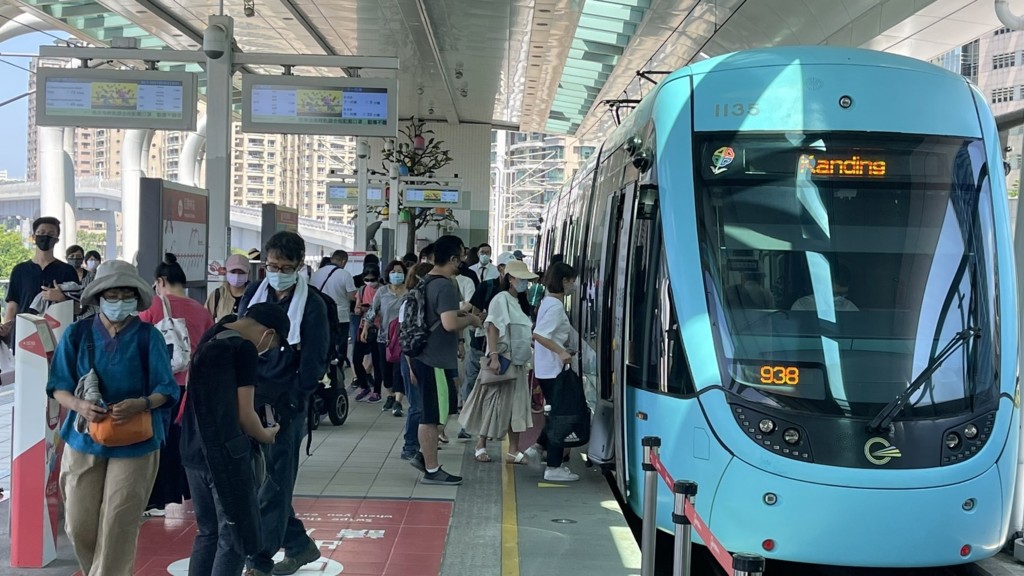 In practice, an extra train will leave Hongshulin Station for Kanding at 12:31 a.m. each night as a measure to help residents in parts of the Tamsui District reach home, CNA reported. Rail services usually end around midnight.

In order to help social distancing and prevent crowding, the frequency of trains on the LRT line from Binhai Shalun Station to Hongshulin will be increased from one train every seven and a half minutes to one every five to six minutes between 6 and 9 a.m. beginning June 6.

During the evening rush hour between 5 and 8 p.m., changes in the LRT schedule will be dependent on the arrival of trains on the Red Line of the Taipei Mass Rapid Transit (MRT) system, the report said.

The extra night train for the LRT was the result of demand from residents of the Tamsui District, according to the New Taipei Metro Corporation. After two months, the service will be reevaluated based on its level of popularity, officials said.

During non-peak hours Monday through Friday, there will still be 20 minutes between each train on each of the two LRT lines, with a gap of 20 to 30 minutes on weekends.

Lower passenger numbers due to the recent COVID-19 surge reduced the number of Taipei MRT trains, making passengers wait more than eight minutes for a train on some segments of the system outside peak hours.