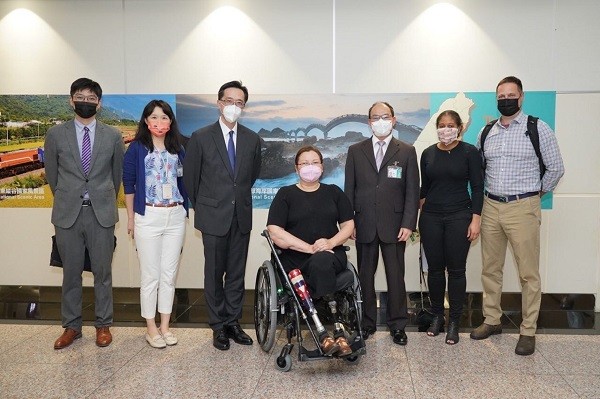 TAIPEI (Taiwan News) — U.S. Senator Tammy Duckworth and her delegation landed in Taiwan on Monday (May 30) as part of a surprise visit that is slated to last until June 1.

Unlike her previous visit in June last year when she flew in on a C-17 military transport plane, Duckworth this time arrived in a commercial jet at Taiwan Taoyuan International Airport on Monday evening. According to a press release from the Ministry of Foreign Affairs (MOFA), the senator was greeted at the airport by Deputy Foreign Minister Harry Tseng (曾厚仁).

Duckworth and her delegation will meet with President Tsai Ing-wen (蔡英文), Premier Su Tseng-chang (蘇貞昌), Economics Minister Wang Mei-hua (王美花), and Foreign Minister Joseph Wu (吳釗燮). The two sides will have an "in-depth exchange of views" on various issues related to Taiwan-US ties, according to the statement.

The ministry described Duckworth as being "highly friendly towards Taiwan", pointing out that as the local COVID outbreak was heating up last year and there was a shortage of vaccines, she made a special trip to Taiwan and announced the donation of vaccines on behalf of the U.S. government. As a member of the "Senate Taiwan connection," she has repeatedly promoted or co-signed bills supportive of Taiwan. For example, on May 26, she proposed the Strengthen Taiwan's Security Act of 2022 to foster the strengthening of coordination between Taiwan and the U.S. on security issues in the Taiwan Strait and put forward specific measures to strengthen Taiwan's defense capabilities.

In addition, Duckworth and 51 other Senate colleagues sent a letter to President Biden in mid-May calling for Taiwan to be included in the Indo-Pacific Economic Framework for Prosperity (IPEF). In July last year, she along with Senator John Cornyn jointly introduced the "Taiwan Partnership Act" which calls for the development of a partnership program between the U.S. National Guard and Taiwan.

The ministry noted that Duckworth's visit was just one month after a visit by Senator Lindsey Graham that included six U.S. lawmakers. It asserted that these frequent visits demonstrate the "high prioritization and firm support" of Taiwan by Congress as well as exemplifying the "rock-solid support and commitment of the U.S. to Taiwan."

MOFA closed by expressing its belief that Duckworth's visit will "help further deepen the close cooperative partnership" between the two countries. 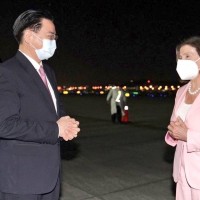 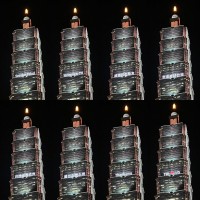