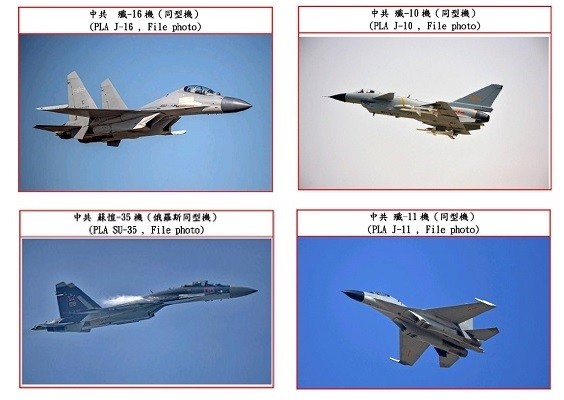 All the PLAAF aircraft flew in the southwest corner of the ADIZ, just to the northeast of the Dongsha Islands. The MND said that it responded by scrambling combat patrol aircraft, issuing radio warnings, and deploying air defense missile systems.

The sudden surge of Chinese warplanes came on the same day that Duckworth arrived for a surprise three-day visit to Taiwan. During her visit, Duckworth is scheduled to meet with President Tsai Ing-wen (蔡英文), Premier Su Tseng-chang (蘇貞昌), Economics Minister Wang Mei-hua (王美花), and Foreign Minister Joseph Wu (吳釗燮), according to the Ministry of Foreign Affairs (MOFA).

There were also 39 PLAAF military aircraft detected in the ADIZ on Jan. 23 this year, the largest number recorded in one day this year and tied for second-largest in history with an incursion of 39 aircraft on Oct. 2, 2021. The all-time record for the most Chinese military aircraft seen in the zone in a single day was 56 on Oct. 4, 2021. 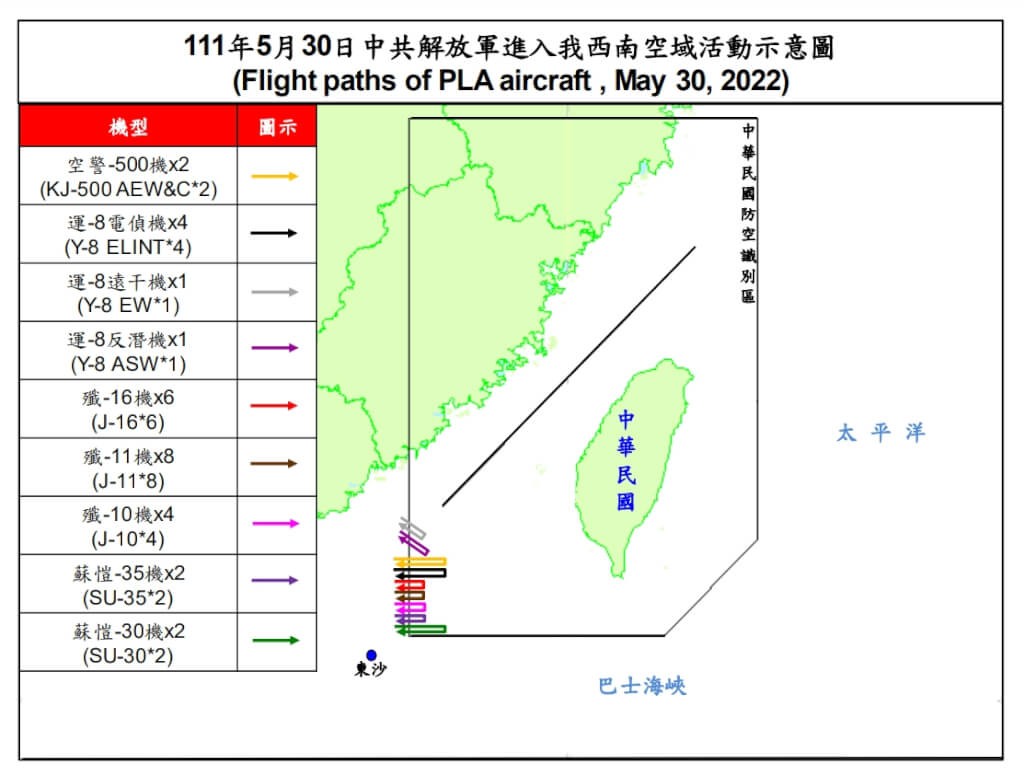 Flight paths of PLAAF aircraft on May 30. (MND image)