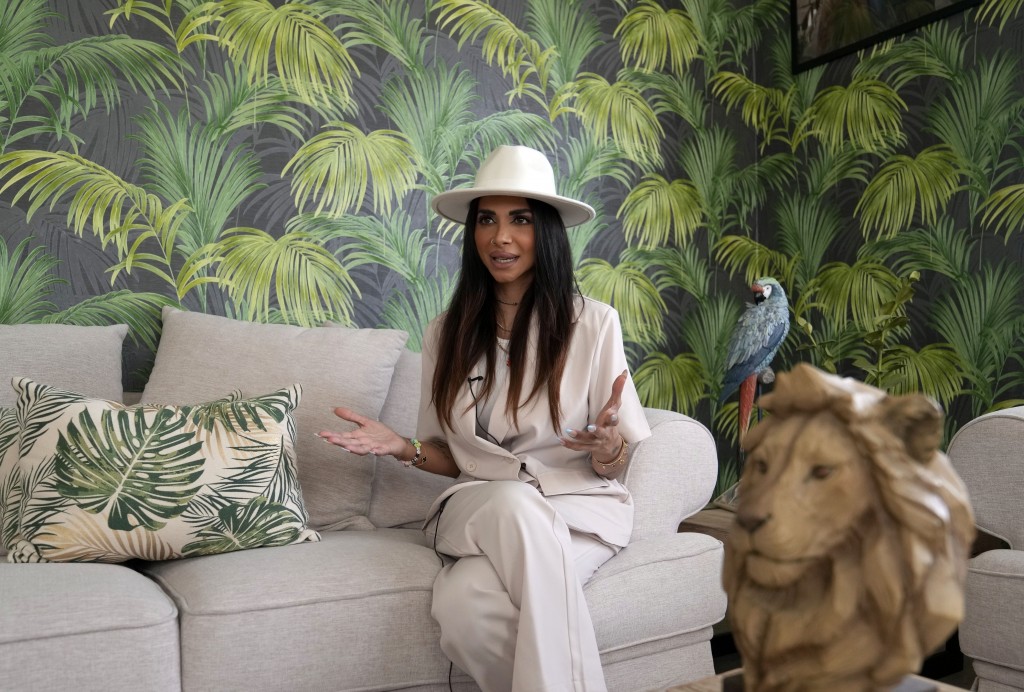 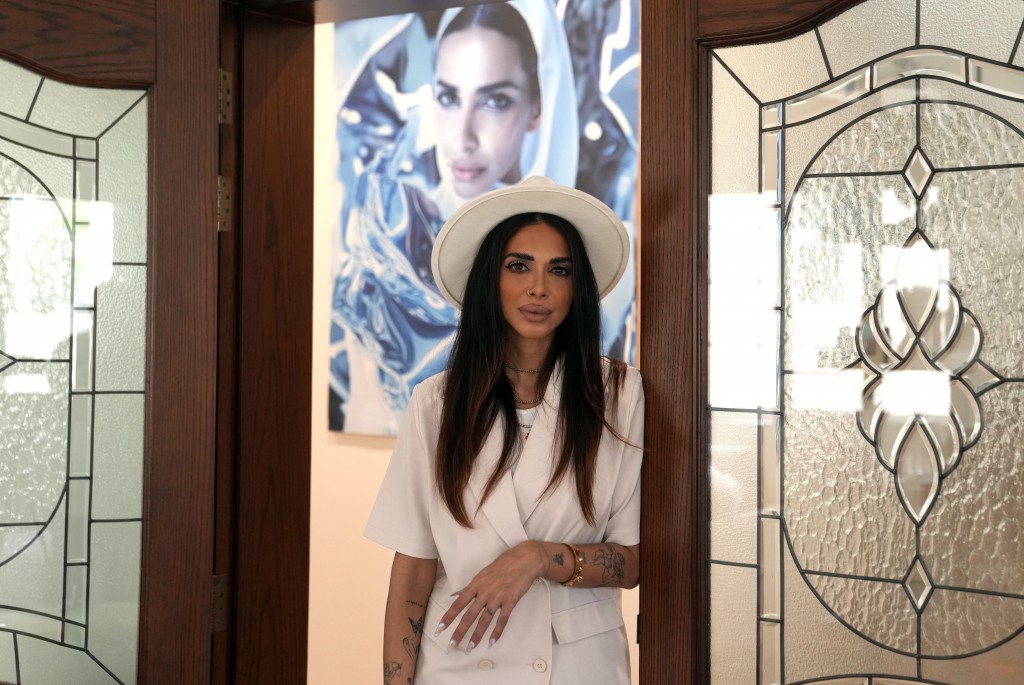 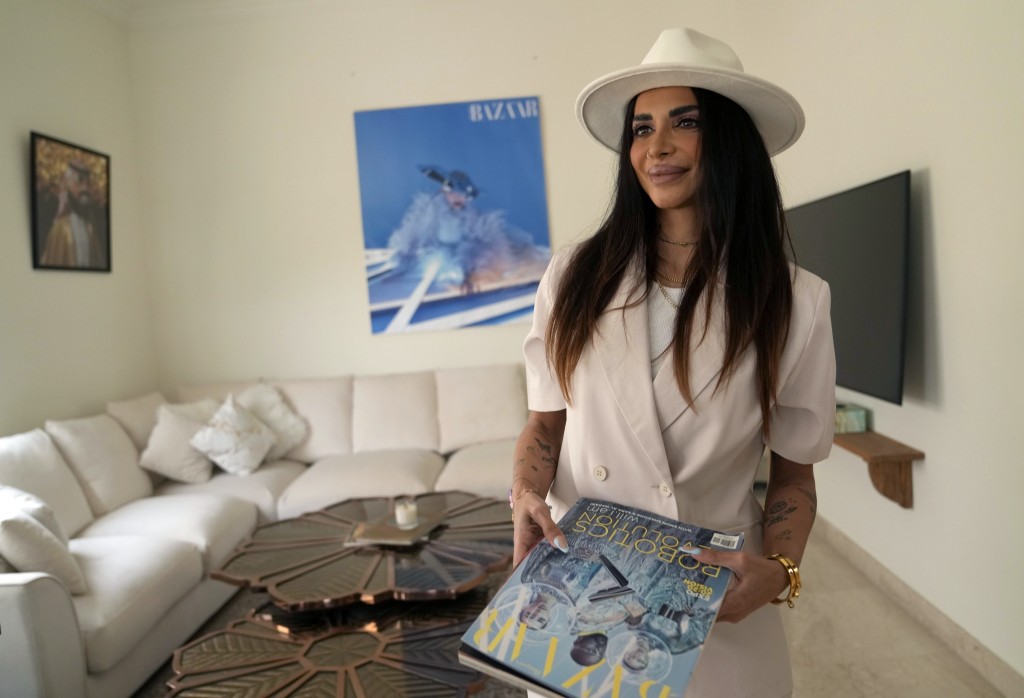 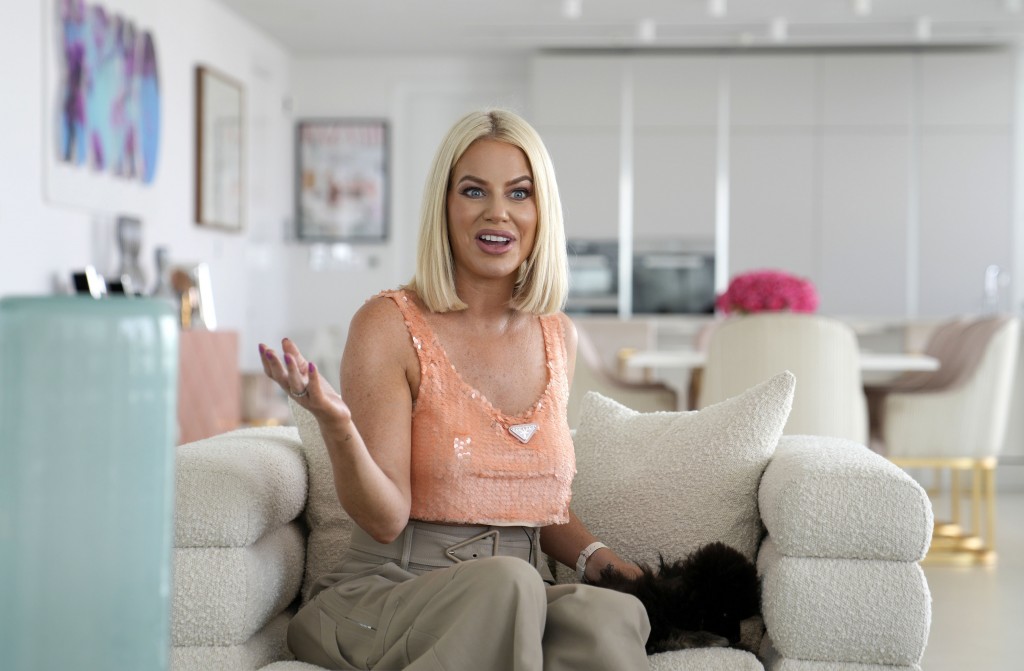 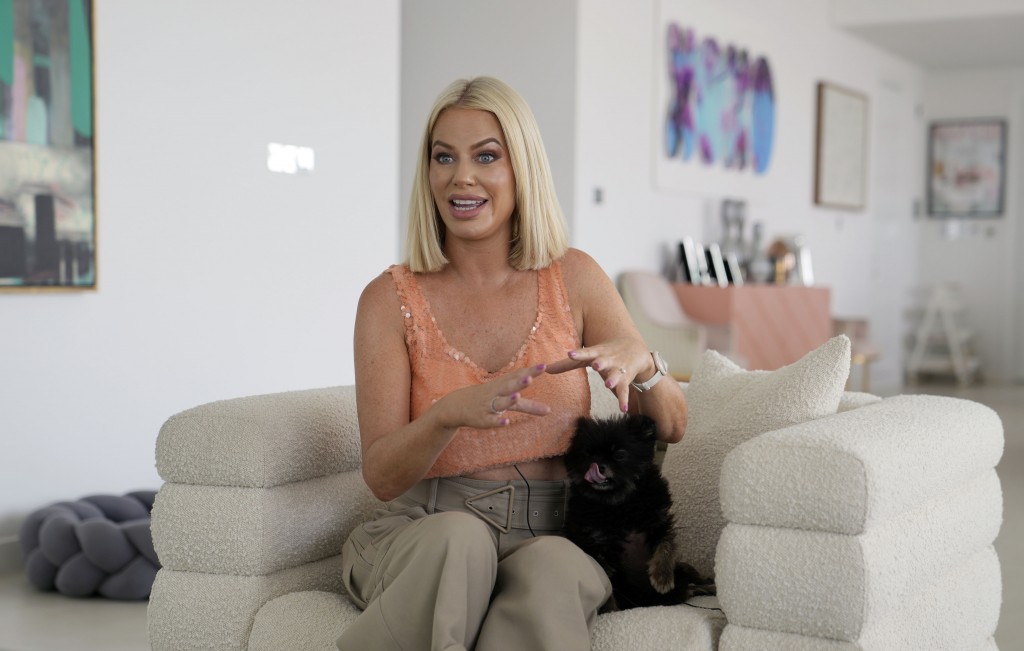 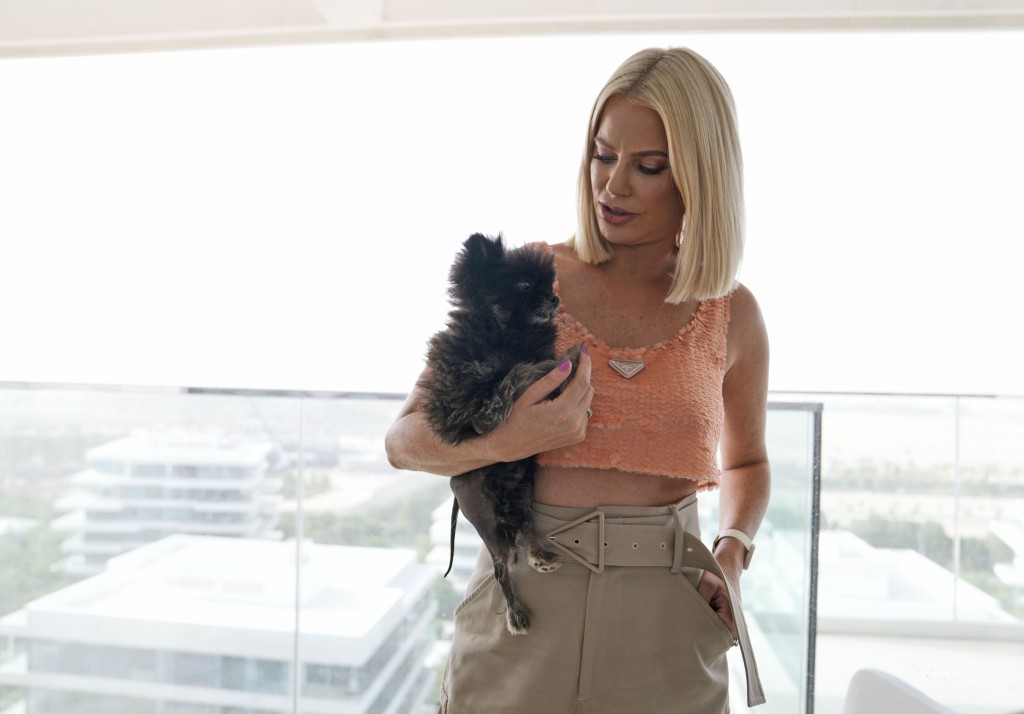 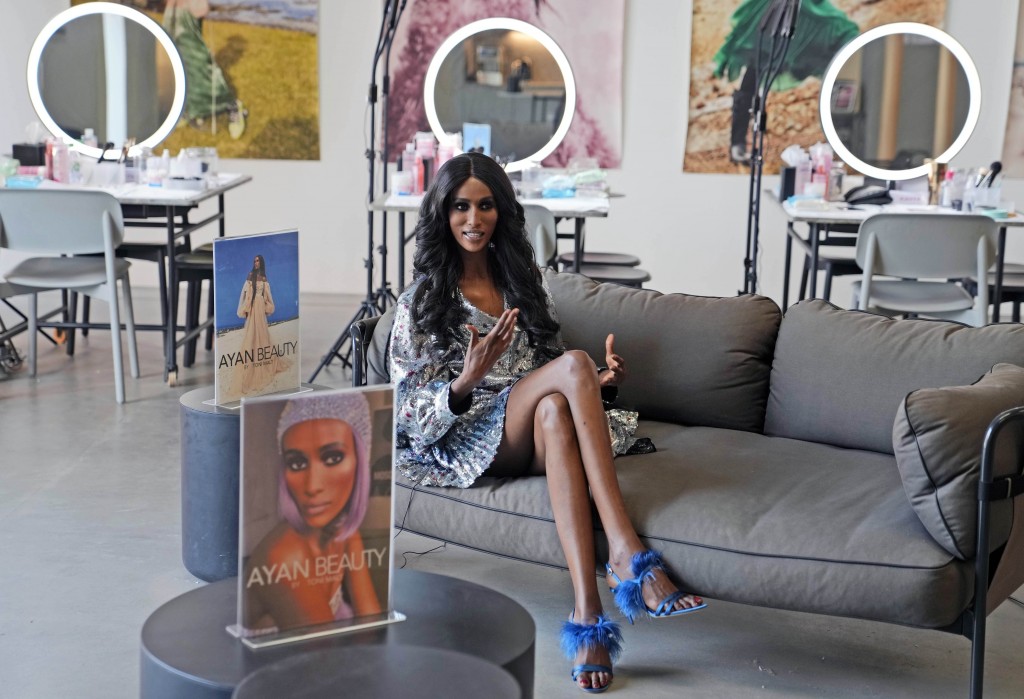 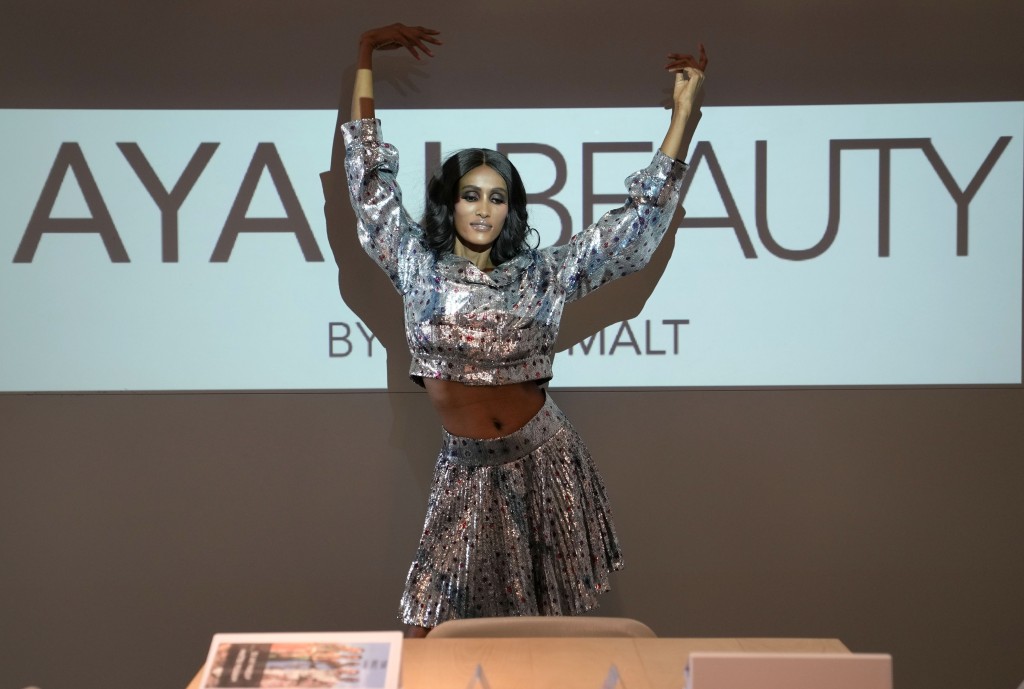 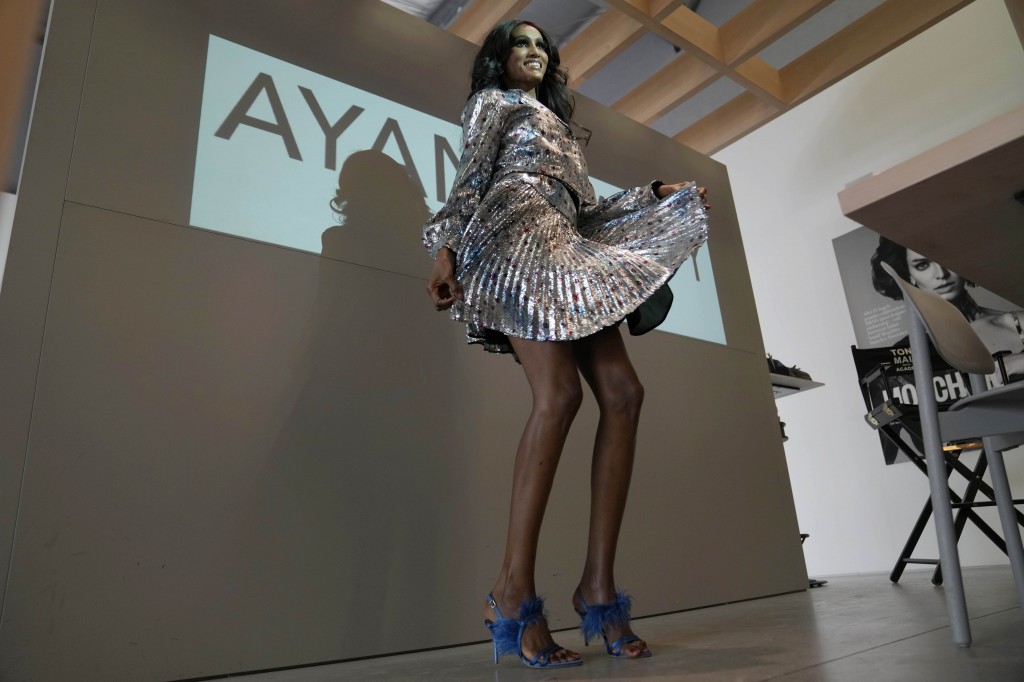 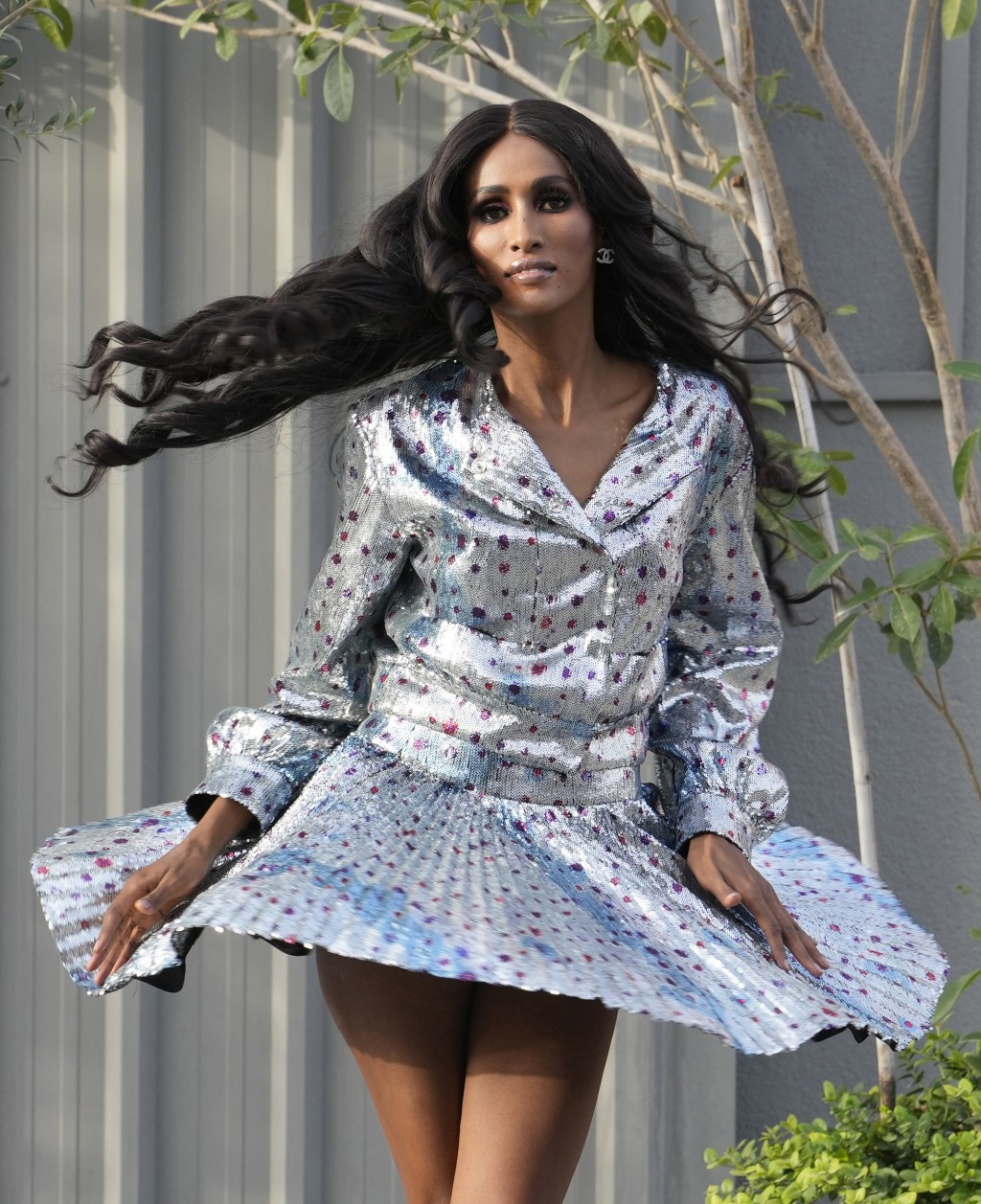 DUBAI, United Arab Emirates (AP) — The camera pans across a vast expanse of desert before careening toward an artificial island lined with luxury homes in the Persian Gulf. Eerie chords ring out, as though warning viewers: This is not your “Real Housewives of Orange County.”

For the first time in its 16-year history, the American franchise that has become an institution of reality television will take its glamor and soap opera abroad — specifically, to the skyscraper-studded sheikhdom of Dubai. While the franchise has sold countless global spinoffs from Lagos to Vancouver, none have been produced by the Bravo network before.

“The Real Housewives of Dubai” debuts on Wednesday, inducting six new women into network's crown jewel of catfights and marital meltdowns that is beloved, binged and hate-watched around the world.

Dubai might be some 13,000 kilometers (8,000 miles) away from the California gated community where the reality-show empire premiered in 2006, which a cameo by camels in the series' teaser makes clear.

But as Dubai’s “housewives” gossip over lavish lunches, bicker while sipping from stem glasses and arrive at casual gatherings engulfed in designer logos, it turns out they’re not so far from Orange County after all.

That’s a message the women want to convey. Cast members say showing off their extravagant, party-hard lives on screen debunks stereotypes about the United Arab Emirates, a Gulf Arab federation where Islam is the official religion.

“This is an opportunity for me to show the Western world, or the world in general, how a modern Arab woman can be,” Sara Al Madani, a serial entrepreneur and single mom, told The Associated Press from her quirky villa adorned with portraits of her favorite non-fungible tokens and a room full of trophies commemorating her career.

Instead of the traditional black abaya, Al Madani sported a wide-brimmed suede hat. With a nose ring, tongue piercing and arm tattoo that reads “Rebel,” she was the first to admit: “I’m not your typical Arab or Emirati.”

Al Madani is the only Emirati cast member — a ratio that comes as no surprise in a country where expatriates outnumber locals nearly nine to one.

The other “housewives” found Dubai's glitz from far afield. Caroline Stanbury, a reality star who stirred up drama in Bravo’s “Ladies of London" series moved to Dubai with her kids after getting divorced and remarrying a former soccer player.

Caroline Brooks, an Afro-Latina businesswoman from Massachusetts, rose to success in Dubai’s cutthroat real estate industry. “It's very expensive to cheat on me,” she tells viewers in the trailer. “Ask my exes.”

Chanel Ayan, a breezy Kenyan-born model who overcame prejudices in the UAE to walk for top-tier European fashion houses, is now developing a makeup line. She described herself in an interview with the AP as “outgoing, funny, crazy and insanely hot.”

Like American stars of the franchise, the women in Dubai are not housewives in the traditional sense but rather socialite business owners trying to define their brands. And Dubai, a city ceaselessly trying to market itself on the world stage, provides a fitting backdrop.

With zero income taxes, gleaming skyscrapers and countless malls, the emirate was engineered to be a global destination for the ultra-wealthy. Fortune-seekers, rich and poor, flock to Dubai from around the world, including migrant laborers from South Asia, Africa and the Philippines who work long hours for low pay. The franchise, however, takes as its focus just a tiny subset of wealthy womanhood.

The cast members described Dubai as a Westernized playground where women are free to have fun and do what they want.

“You have glitz, you have glamor, you have fashion,” Stanbury said, cradling her black Pomeranian named Taz against her sequined Prada crop top. On her coffee table was F. Scott Fitzgerald’s “The Beautiful and Damned.”

“You don’t understand how much it’s worth to live in a country like this,” she added.

But in the UAE, women are legally obligated to obey their husbands under the nation’s Islamic law. Despite major legal changes, cursing, drinking and kissing in public can still land you in trouble. Homosexuality remains forbidden, as does crossdressing. Authorities stamp out hints of political dissent.

Executives insisted that the UAE's traditional values and speech restrictions, which had long hampered the oil-rich country’s efforts to become a regional entertainment hub, did not hold the housewives back.

Fans can still expect alcohol-soaked gatherings and dramatic confrontations, said Sezin Cavusoglu, the Bravo executive in charge of the series. But there will be no drink-throwing, table-flipping, hair-pulling or otherwise ostentatious fighting in public.

“They live there. They know what’s acceptable, and what’s not acceptable,” Cavusoglu said. “They still gave us amazing content just by being who they are and having really honest and difficult conversations.”

Dubai’s government-run media office did not respond to AP requests for comment. Dubai’s Tourism Board and Film Commission approved the series and facilitated its production.

That’s already a stark shift from over a decade ago, when the Dubai government cited moral concerns in rejecting the producers of the “Sex and the City” movie sequel.

Not everyone in the UAE is glad of the “Real Housewives” limelight. Aghast at the foul-mouthed, bikini-clad women in the trailer, Emirati social media influencer Majid Alamry lambasted the series on Instagram last week.

“We are a tolerant country, but that does not mean that others can walk all over our morals,” he said in a viral clip. Local media also profiled more-down-to-earth homemakers in the UAE who were “demanding a more accurate representation.”

But the reality franchise always was escapist fare, cast and executives say, split off from the reality of ordinary viewers.

“It's meant to be just entertainment,” Stanbury said from her pristine kitchen, where on a clear day she can see elephants stalking a nature preserve and the world's tallest tower rising over the desert. “You guys get insight into all of our crazy lives.”