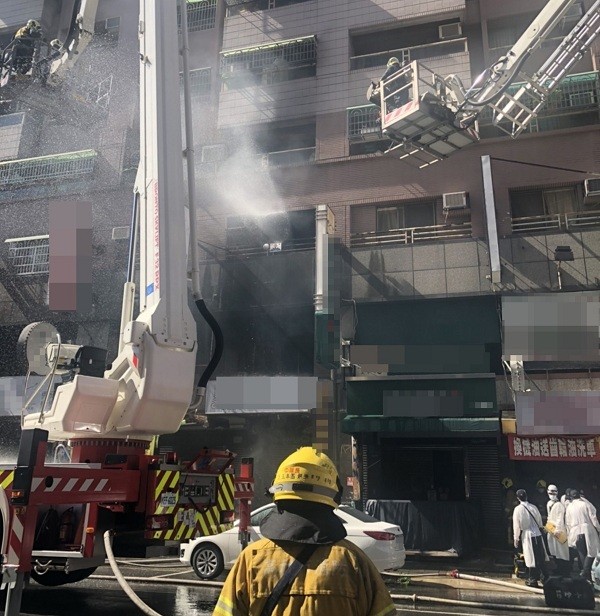 TAIPEI (Taiwan News) — A man was trapped on Sunday (May 29) in a fire and later died in Kaohsiung City because he was attempting to save his pet dog.

Kaohsiung City Fire Bureau told CNA that it received a report at around 8 a.m. that a fire had broken out in the stores on the first and second floors of a 16-story building in the city’s Sanmin District. Firefighters put out the blaze in about 15 minutes, the bureau said.

According to the bureau’s preliminary investigation, the fire started in the mezzanine between the first and second floors. When the fire broke out, the victim's young brother, surnamed Chen (陳), was asleep on the second floor. The 34-year-old elder brother detected the fire, woke up his 30-year-old brother, and told him to run out, but said that he was going back to the burning building to look for his dog.

The younger brother was sent to a hospital for treatment, but after firefighters encountered the elder brother, he suffered out-of-hospital cardiac arrest and later died in the hospital. The cause of the fire is still under investigation, per CNA.