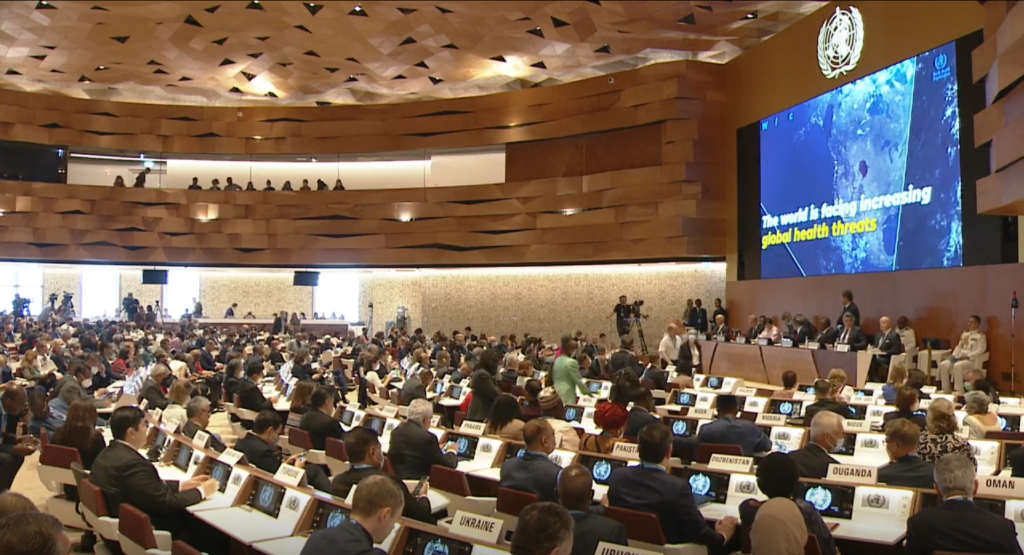 TAIPEI (Taiwan News) — Taiwan received strong support from allies and like-minded partners regarding its participation in the 75th World Health Assembly (WHA), the Ministry of Foreign Affairs (MOFA) said on Sunday (May 29).

Nations recognize that Taiwan, which actively contributes to international public health and provides humanitarian assistance, “is an indispensable stakeholder in the global public health mechanism,” MOFA said in a press release.

Thirteen of Taiwan’s diplomatic allies submitted proposals to the World Health Organization (WHO), calling for it to invite Taiwan to participate as an observer, MOFA said. Four allies, including Saint Vincent and the Grenadines, Belize, Eswatini, and Tuvalu debated Taiwan’s inclusion during the WHA plenary session and refuted China's false claims that UNGA Resolution 2758 and WHA Resolution 25.1 authorize China to represent Taiwan in the UN.

Around the world, more than 3,800 political and influential figures from 88 countries advocated for Taiwan's inclusion in the WHA, according to MOFA.

Commenting on the huge wave of support this year, MOFA said: “The international community has stepped forward, showing that they agree that only by removing political barriers and allowing Taiwan to participate in the WHO and the WHA can we build a more resilient global health system for a world that has survived the epidemic, and jointly safeguard the health and well-being of all mankind.”

The foreign ministry pledged that Taiwan will adhere to the principles of professionalism, pragmatism, and contribution, and collaborate with other countries to advance global health security cooperation.