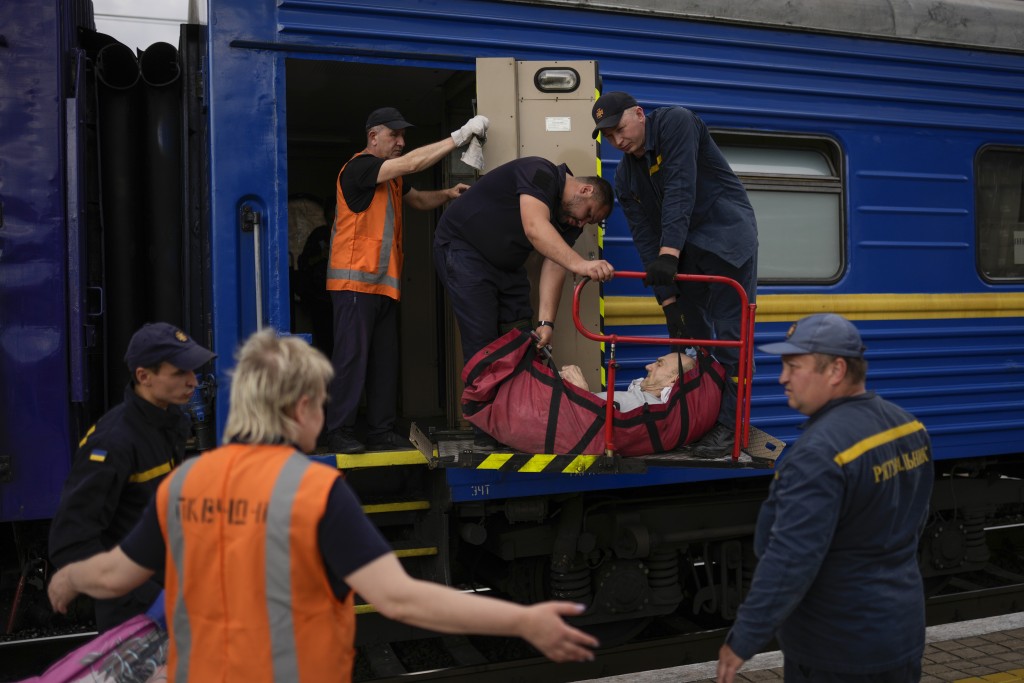 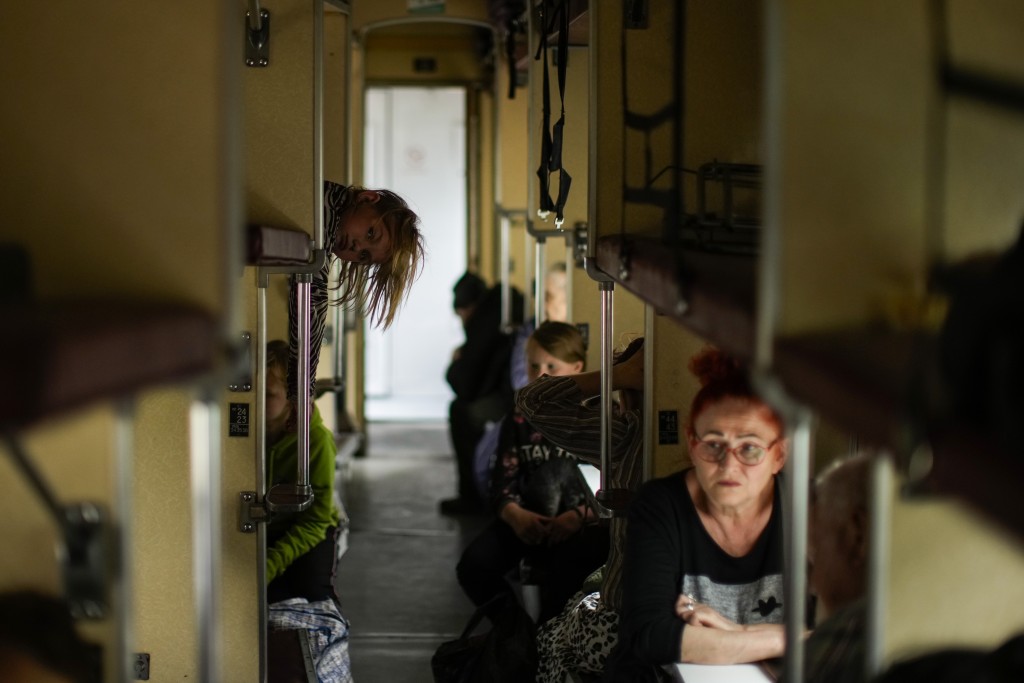 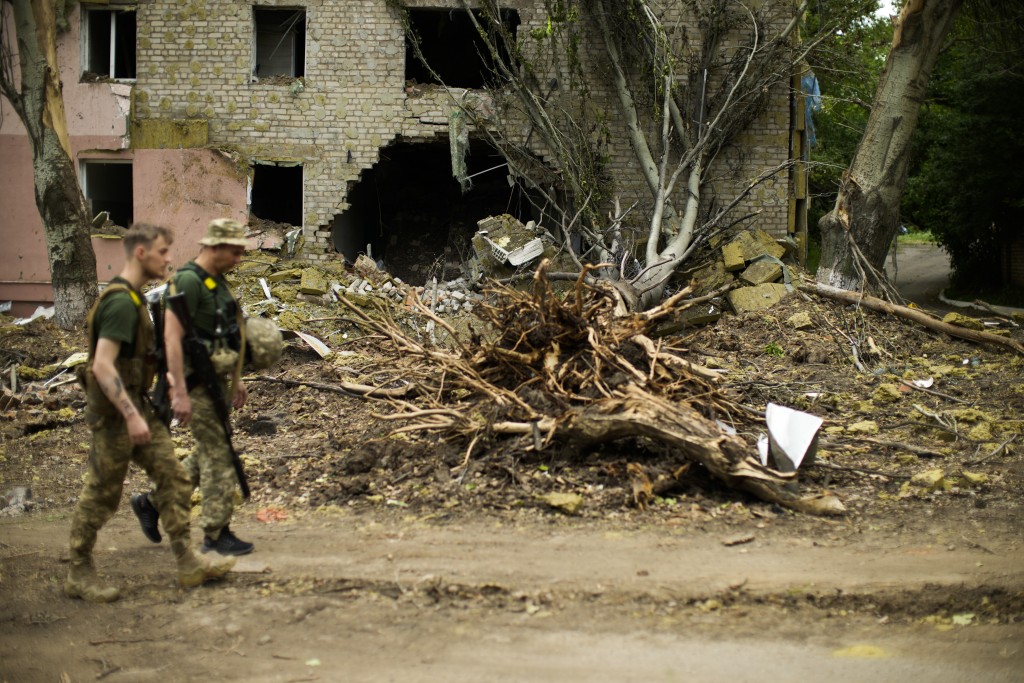 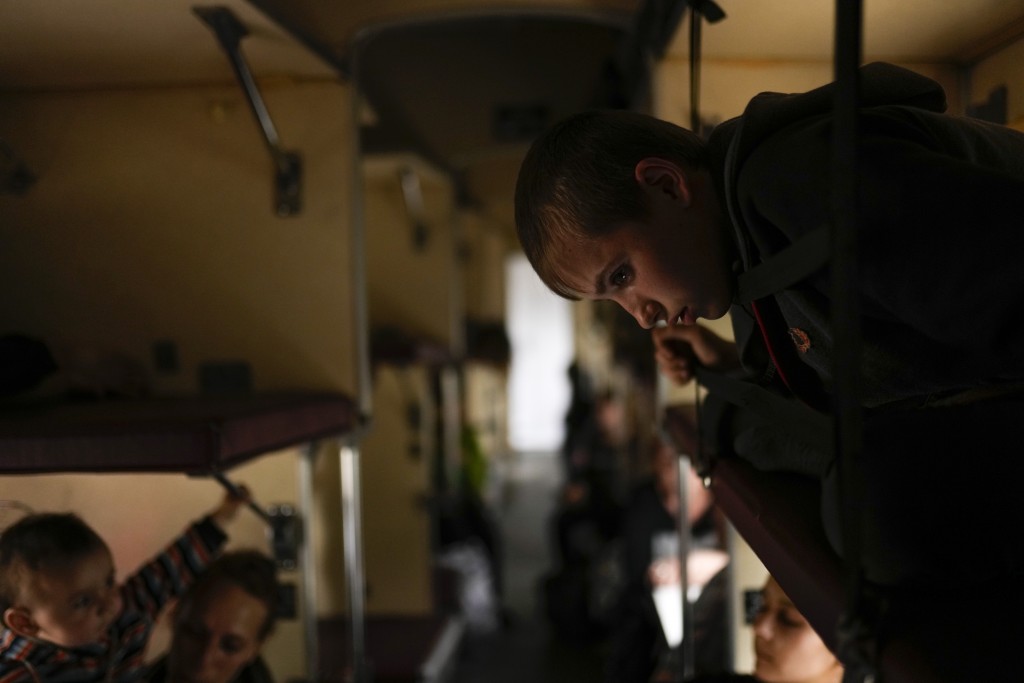 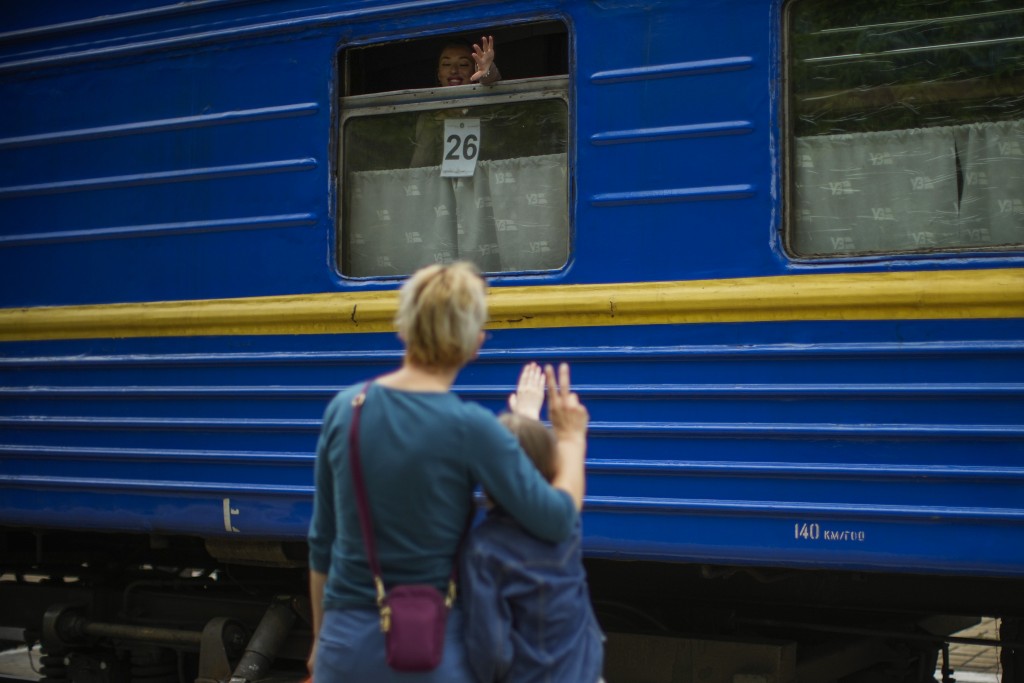 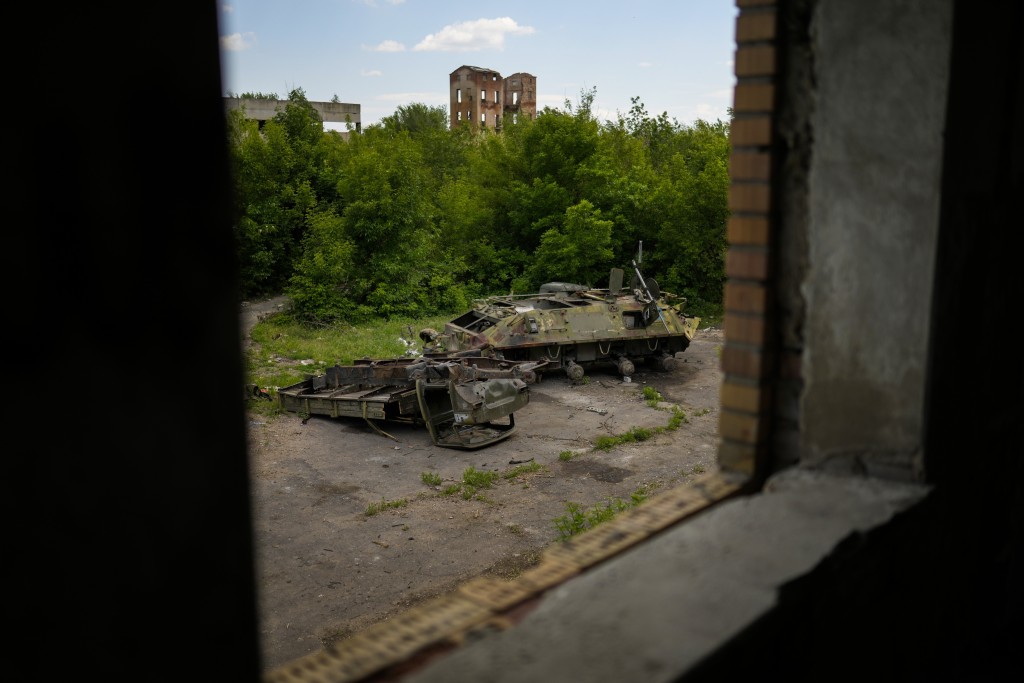 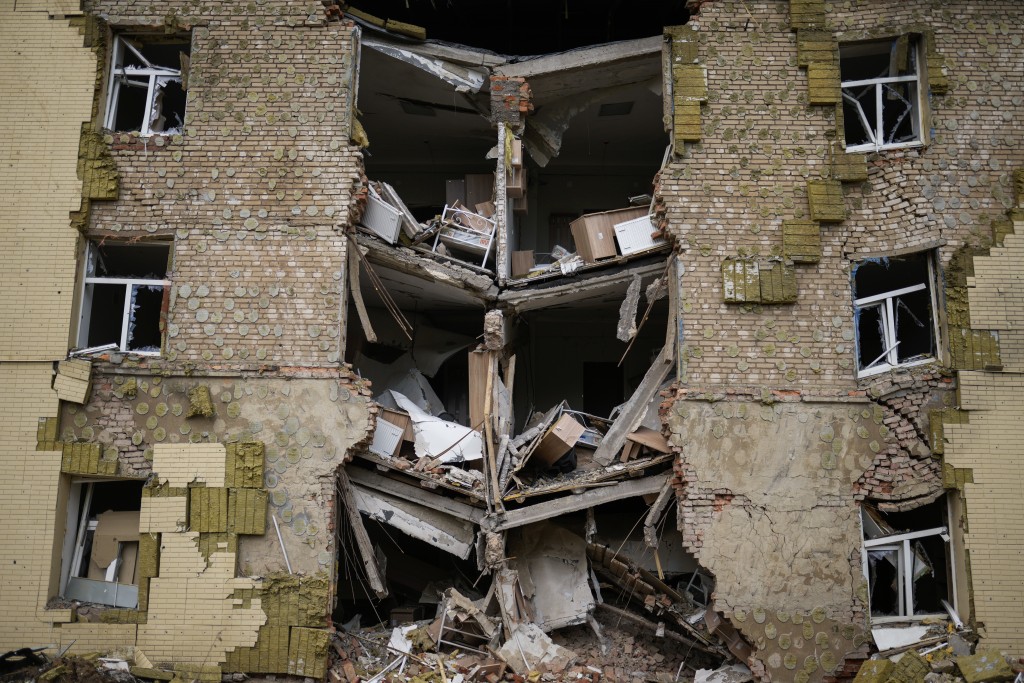 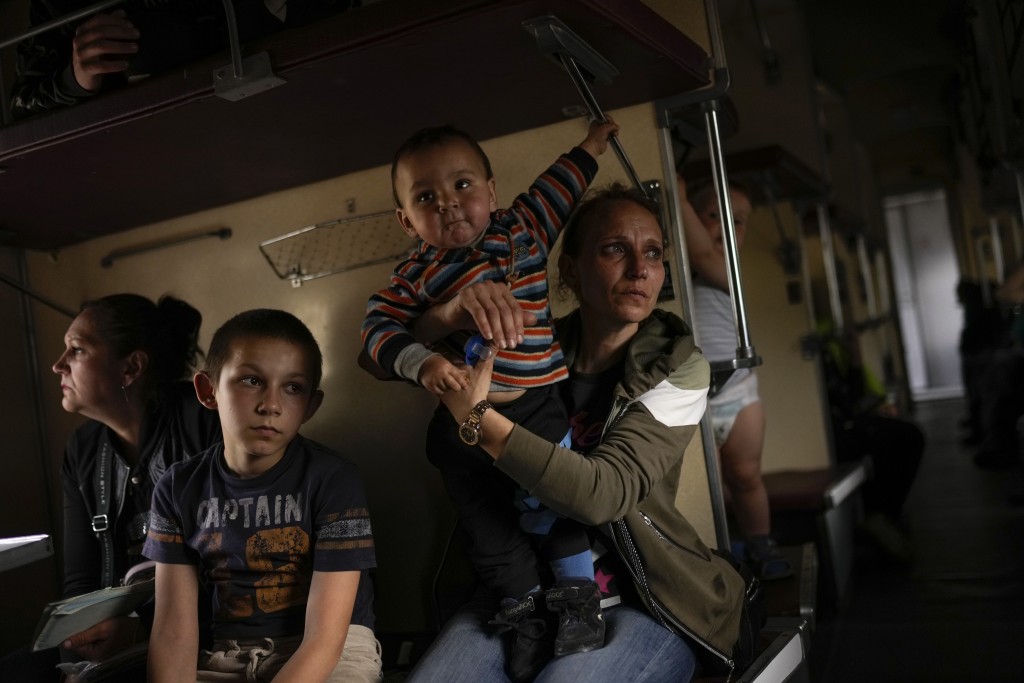 POKROVSK, Ukraine (AP) — As Russian forces press their offensive to take the eastern Ukrainian cities of Sievierodonetsk and Lysychansk, civilians who have managed to flee say intensified shelling over the past week left them unable to even venture out from basement bomb shelters.

Despite the attacks, some managed to make it to the town of Pokrovsk, 130 kilometers (80 miles) to the south, and boarded an evacuation train Saturday heading west, away from the fighting.

Fighting has raged around Lysychansk and neighboring Sievierodonetsk, the last major cities under Ukrainian control in the Luhansk region. Luhansk and the Donetsk region to its south make up the Donbas, Ukraine’s eastern industrial heartland which is the focus of Russia’s current offensive. Moscow-backed separatists have controlled parts of the Donbas for eight years and Russian forces are now trying to capture at least the whole Donbas.

Bouncing her 18-month-old son on her lap, Yana Skakova choked back tears as she described living in a basement under relentless bombing, and having to leave her husband behind when she fled with her baby and 4-year-old son.

Initially after the war broke out, there were quiet times when they could come out of the basement to cook in the street and let the children play outdoors. But about a week ago, the bombing intensified. For the past five days, they hadn’t been able to venture out of the basement at all.

“Now the situation is bad, it’s scary to go out,” she said.

It was the police who came to evacuate them Friday from the basement where 18 people, including nine children, had been living for the past two and a half months.

“We were sitting there, then the traffic police came and they said: ‘You should evacuate as fast as possible, since it is dangerous to stay in Lysychansk now,'” Skakova said.

Despite the bombings and the lack of electricity, gas and water, nobody really wanted to go.

“None of us wanted to leave our native city,” she said. “But for the sake of these small children, we decided to leave."

She broke down in tears as she described how her husband stayed behind to take care of their house and animals.

Oksana, 74, who was too afraid to give her surname, said she was evacuated from Lysychansk on Friday by a team of foreign volunteers along with her 86-year-old husband. There were still other people left behind in the city, she said, including young children.

Sitting on the same evacuation train as Skakova, she broke down and cried. The tears came hard and fast as she described leaving her home for an uncertain future.

“I’m going somewhere, not knowing where,” she wept. “Now I am a beggar without happiness. Now I have to ask for charity. It would be better to kill me.”

She had worked for 36 years as an accountant, a civil servant, she said, and the thought of now having to rely on others was unbearable.

“God forbid anyone else suffers this. It’s a tragedy. It’s a horror,” she cried. “Who knew I would end up in such a hell?”

Follow all AP stories on the war in Ukraine at https://apnews.com/hub/russia-ukraine.