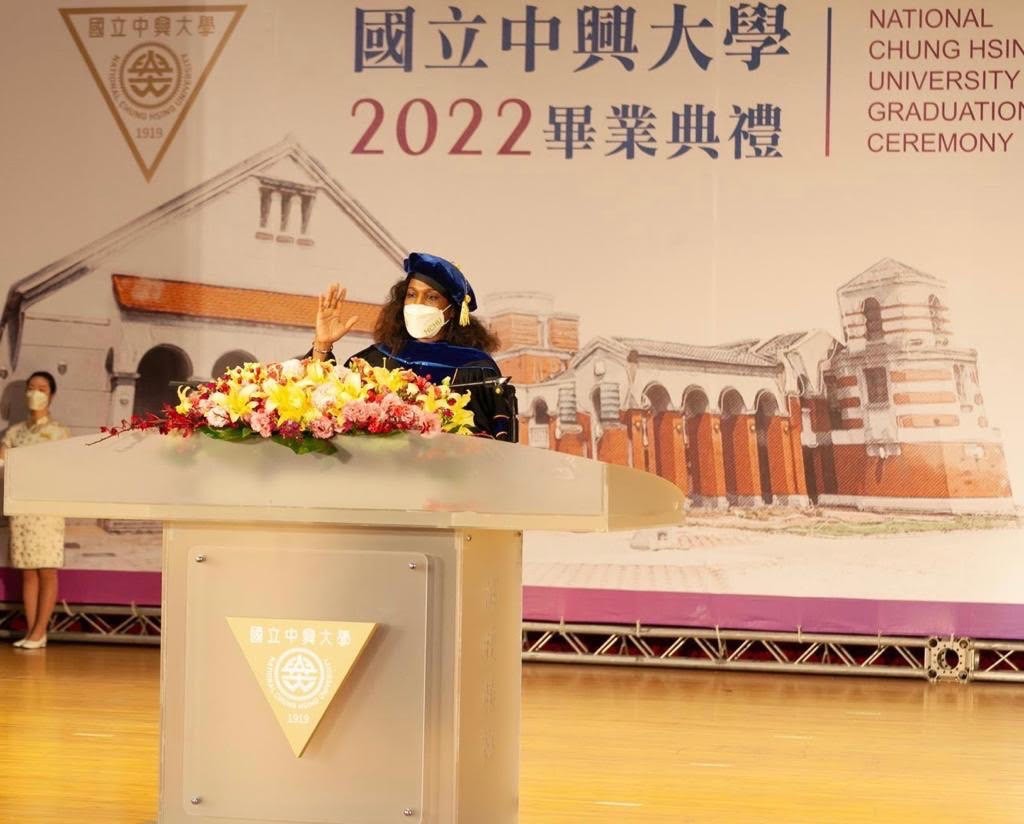 Pitts told graduates that perseverance is key to overcoming challenges and achieving life goals. She said in the midst of adversity, some may feel like Sisyphus, the Greek mythological character, who was condemned to roll a boulder up a hill for eternity.

“In the persistent rolling of that proverbial boulder, one builds discipline and character, and though one may be unable to understand at that time, moments invested with consistent efforts and diligence are moments that birth great and resilient people and memorable periods of history,” she said.

The ambassador encouraged students to “get the boulder over the hill,” which she said meant they must utilize their education, training, and talents to help make Taiwan and the world a better place for future generations. Pitts mentioned a few important Taiwanese historical figures who remained steadfast against seemingly insurmountable odds, including President Tsai Ing-wen (蔡英文), Taiwan’s first female president, and Lin Yang-min (林央敏), an artist and poet who helped define Taiwan's literary identity.

“They eventually rolled their boulder over the hill, and so must you”, she said, adding that their family, community, country, and the world need them to persevere.

This year, 120 undergraduate, master’s, and doctorate students were at the commencement ceremony, compared to 3,870 students in 2021, according to NCHU.