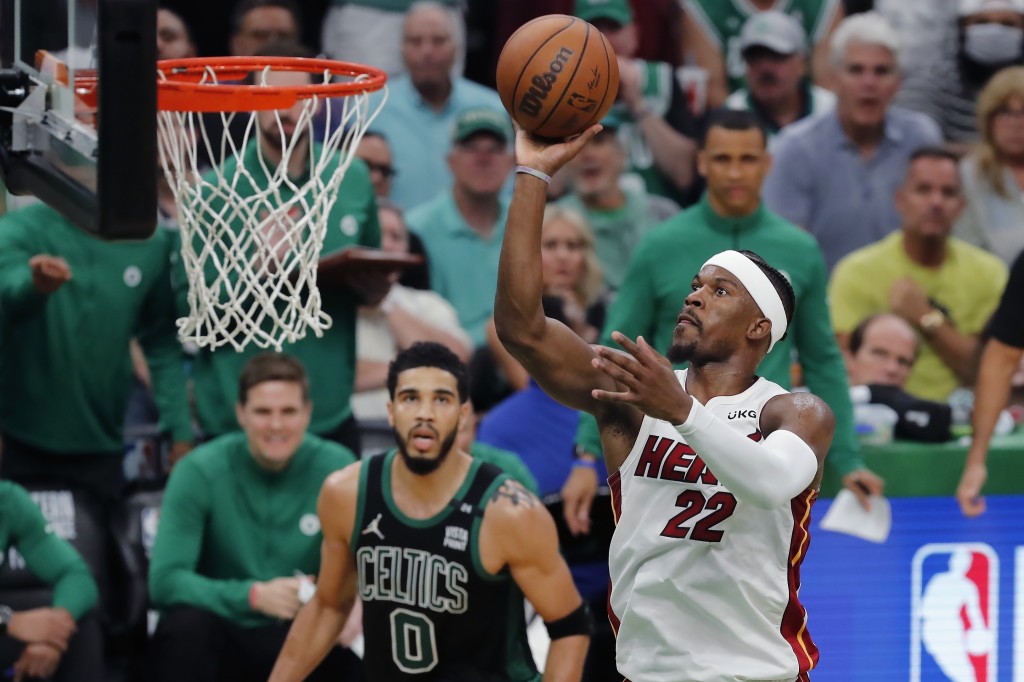 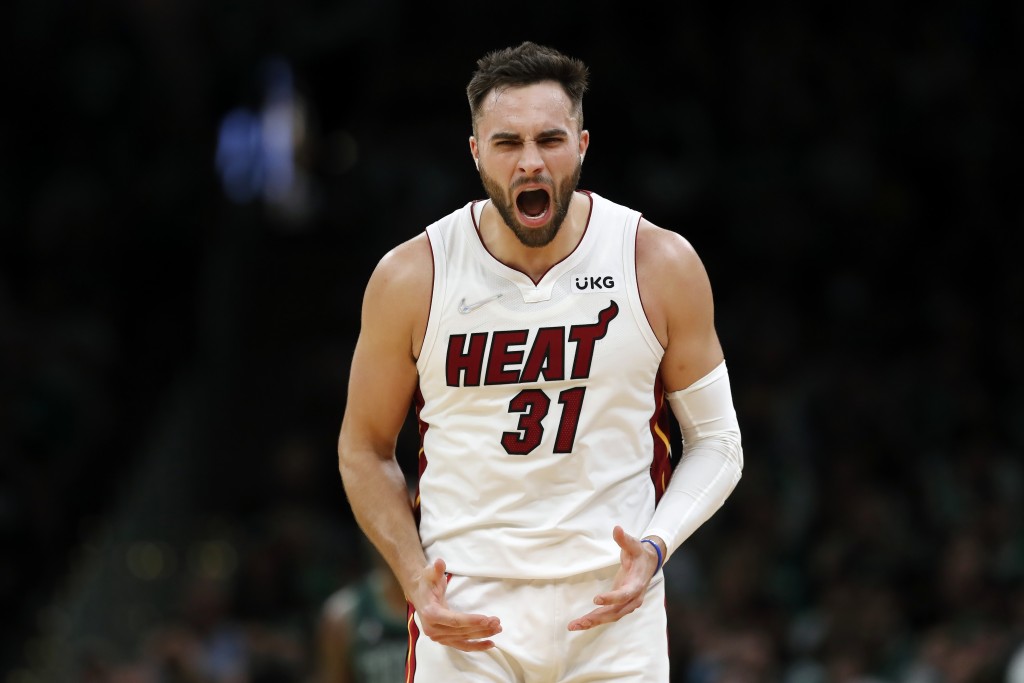 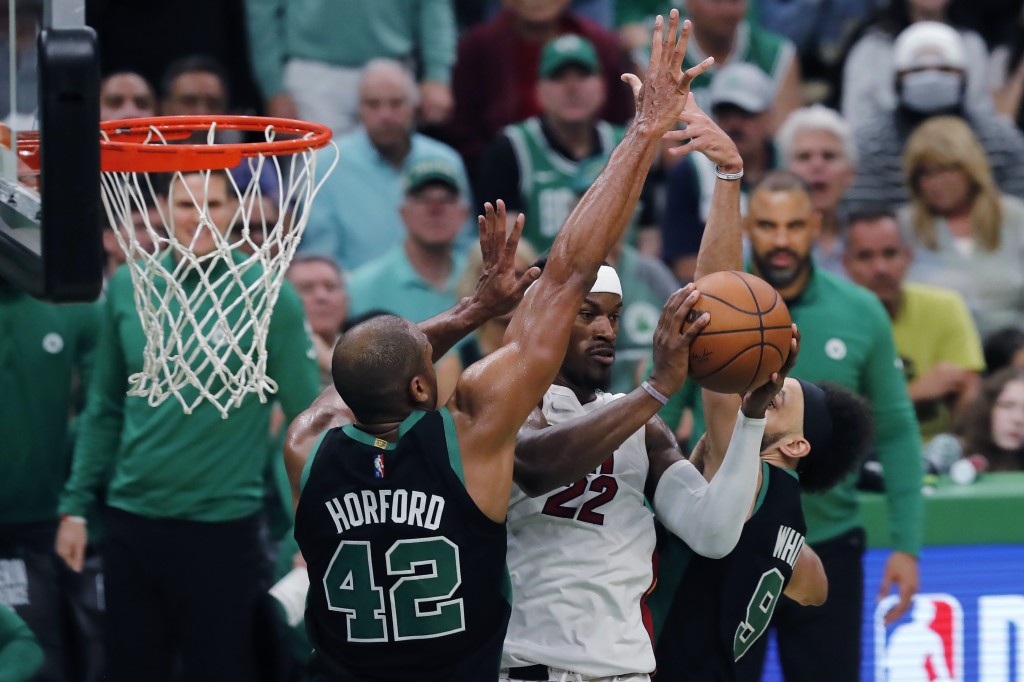 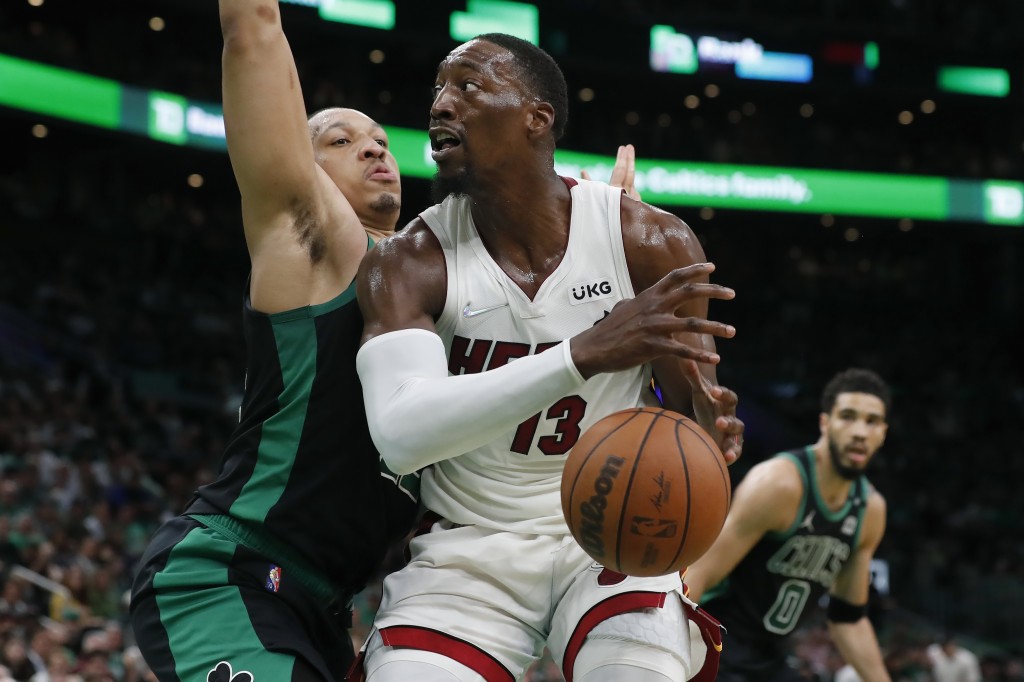 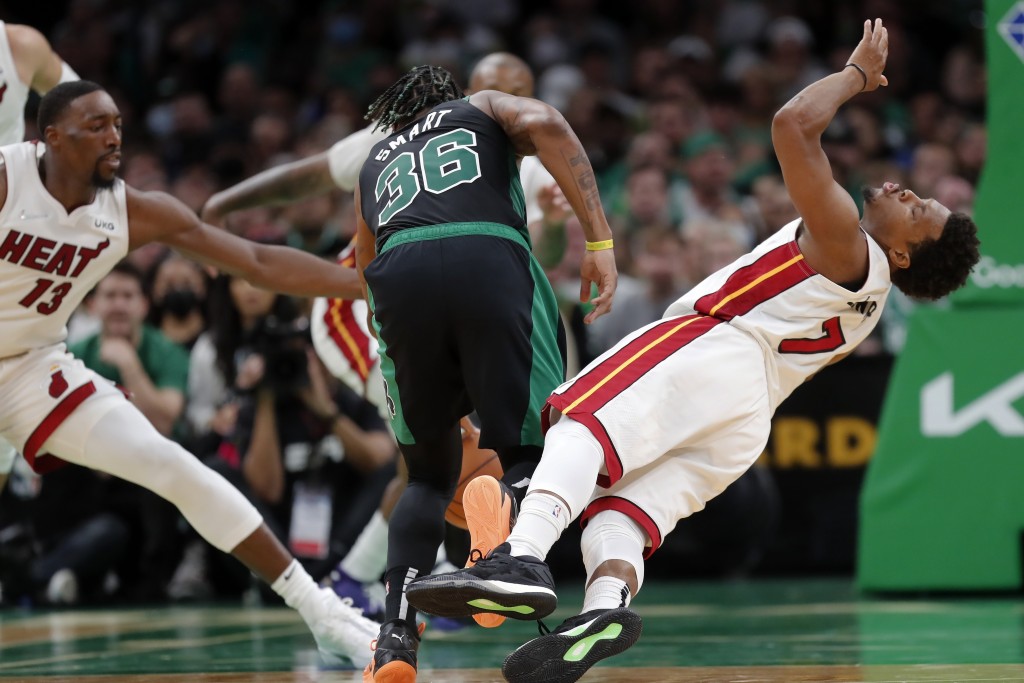 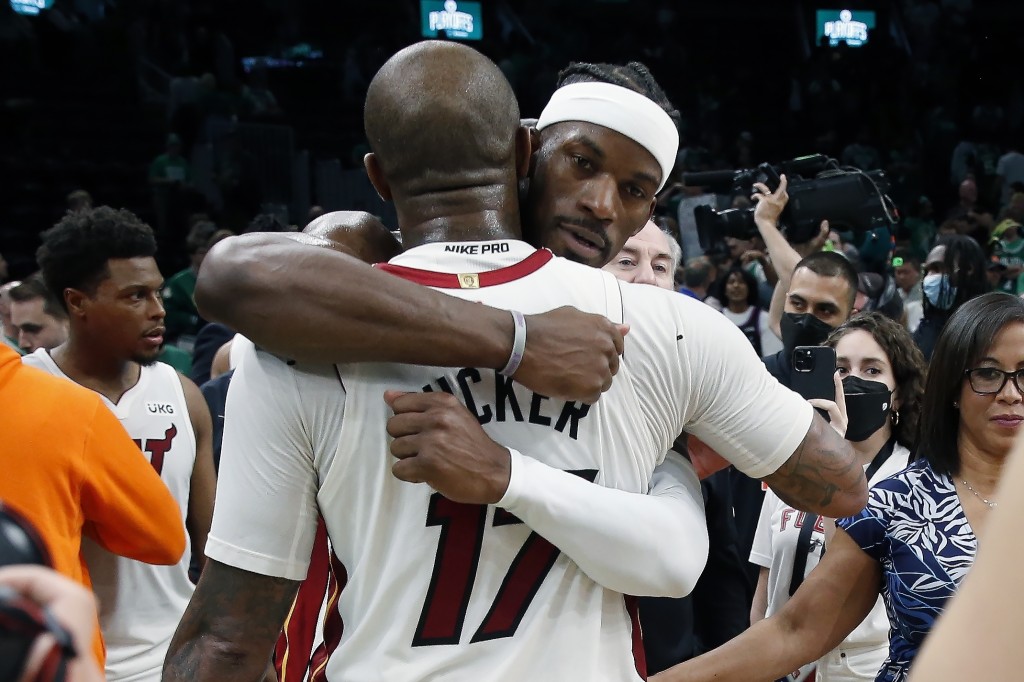 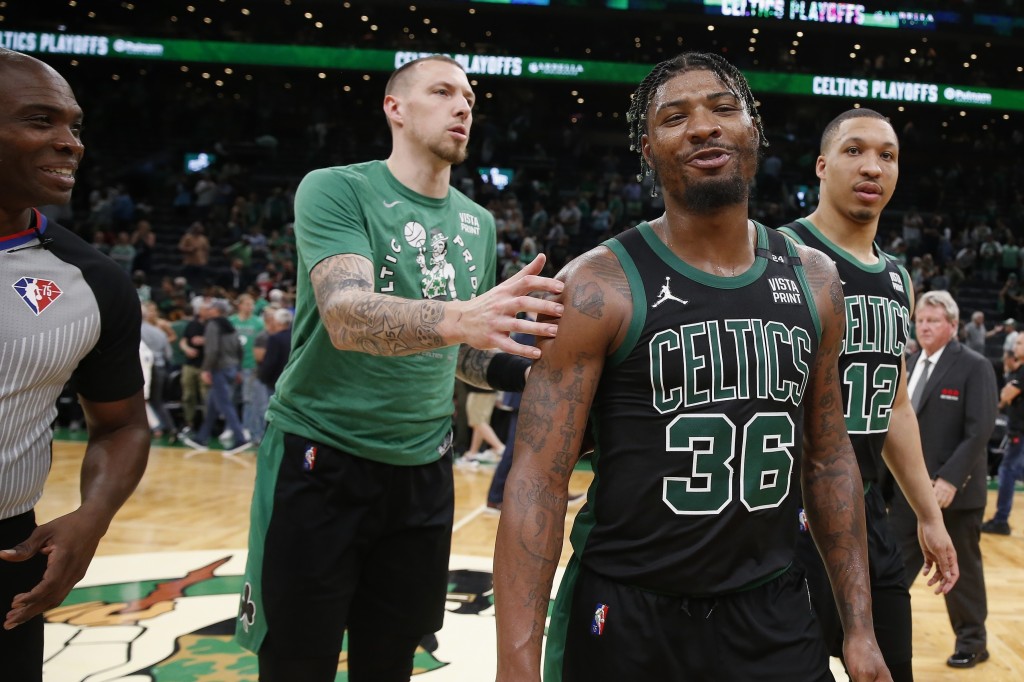 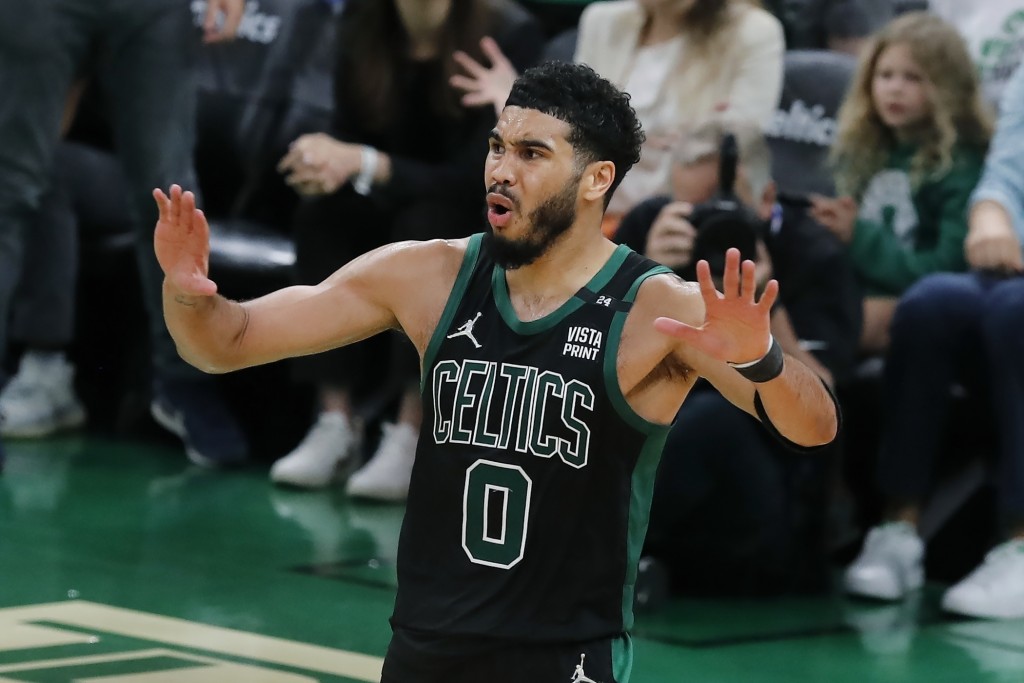 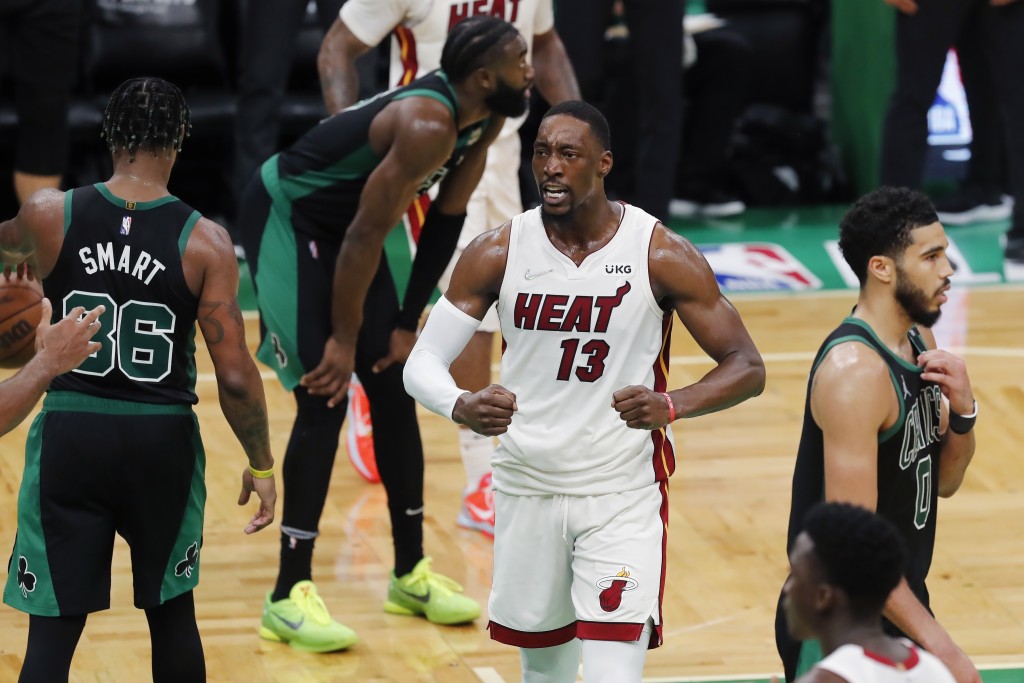 MIAMI (AP) — Erik Spoelstra didn’t even have to finish the sentence. The Miami Heat coach was speaking in the locker room after a season-extending win in Boston, players and staff standing around him in a semicircle.

“Game 7,” about a half-dozen people responded, in unison.

Game 7, for a berth in the NBA Finals. Either the Heat or the Boston Celtics will become Eastern Conference champions on Sunday night, when they’ll finally finish their series and see which club will face the Golden State Warriors in the title round.

“Look, we’re here,” Spoelstra said after Miami fended off elimination with a 111-103 win in Boston on Friday night, behind a 47-point, nine-rebound, eight-assist, four-steal effort from Jimmy Butler. “This is the way it should be with these two teams. It should have gone seven games.”

Miami has the home-court advantage for the finale, though home court has meant nothing in this series. The Heat went 2-1 in Boston, the Celtics have gone 2-1 in Miami so far with the two wins coming by a combined 38 points and Boston’s 6-2 road record is the best of any teams in this season’s playoffs.

And that has the Celtics brimming with confidence, even though road teams are 34-110 all-time — a winning percentage of .236 — in Game 7s.

“Scale of 1 to 10? Ten. I mean, it shouldn’t be any less than that, right?” Celtics forward Jayson Tatum said when asked how certain he is that Boston can win the series on Miami’s floor. “You know, it’s the last game. That’s what it’s all about.”

Injuries have been one of the major storylines of the series, and that remains the case Sunday.

Butler has been dealing with knee issues and twisted an ankle late in Game 6 though still came through with arguably the best game of his career. Kyle Lowry and Max Strus — who had big bounce-backs Friday after posting a combined zero points in Game 5 — still have hamstring concerns. For Boston, Marcus Smart’s ankle has been balky, Robert Williams III’s knee is an ongoing question and Jaylen Brown banged a knee on a drive in Game 5 though finished the game with no obvious ill effects.

“This time of year, there’s nobody 100% healthy, both sides,” Miami’s P.J. Tucker said. “I’m sure they got a bunch of guys, too, just trying to figure it out and give what they can. Try to win. That’s it. You can’t get these days back. It’s living in the moment, trying to just do what you can.”

The Heat might get one key piece back: Tyler Herro, who has been sidelined for the last three games with a strained groin, is going to try some on-court work Sunday in hopes of playing in Game 7.

“For us, it’s just another opportunity,” Celtics coach Ime Udoka said Saturday. “You put yourself in this position, going up 3-2, to have two games to win one. And so, as much as you’d love to finish it on your home court, we’ve been up and down in the series and due to that it’s where it is right now. ... It’s just another opportunity and we obviously see the big picture ahead.”

The Celtics last went to the NBA Finals in 2010. This is their fifth trip to the East finals since, and Friday’s loss made them 0-5 in potential East clinchers over that span.

From Miami's perspective, the seeds began being planted for this just moments after Game 5. The Celtics had just won in Miami to take a 3-2 series lead, and Spoelstra stepped into a defeated locker room to lay out the objective. He repeated it, over and over.

“Bring this thing back on the 29th,” Spoelstra kept saying.

They brought it back. Game 7 awaits.

“There’s nothing like a Game 7,” Spoelstra said. “And I’m just really excited that we all get to experience that together.”

The NBA fined Miami $25,000 on Saturday for violating league rules regarding team bench decorum. The league said “on multiple occasions, several players stood for an extended period in Miami’s team bench area, stood away from the team bench, and were on, encroaching upon or entering the playing court during live game action” during Game 6 in Boston.

It has been a point of emphasis for the league of late. Dallas was fined a total of $175,000 for three similar infractions.

No opposing team has ever won three games at Miami in the same playoff series, a trend that Boston will aim to break on Sunday.

This deep into the playoffs — conference finals or NBA Finals — such a feat has occurred only 10 times in the last 40 seasons, most recently when Toronto won three times at Golden State in the 2019 NBA Finals.

Miami has two players who have scored at least 30 points in a Game 7. Lowry had 35 for Toronto in a 2016 romp over the Heat, and Victor Oladipo had 30 for Indiana in a 2018 loss to Cleveland. Tatum has averaged 24.0 points in four previous Game 7s, the best of anyone on this Boston roster.

There have been two Game 7s so far in these playoffs, both in the second round: Boston beat Milwaukee by 28 and Dallas won at Phoenix by 33.