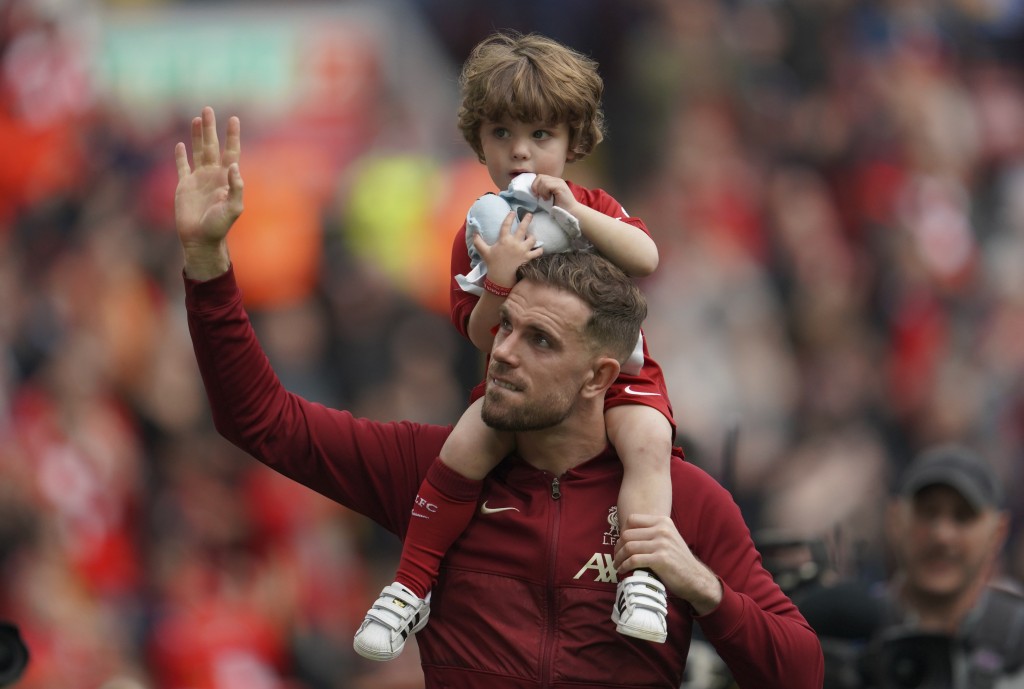 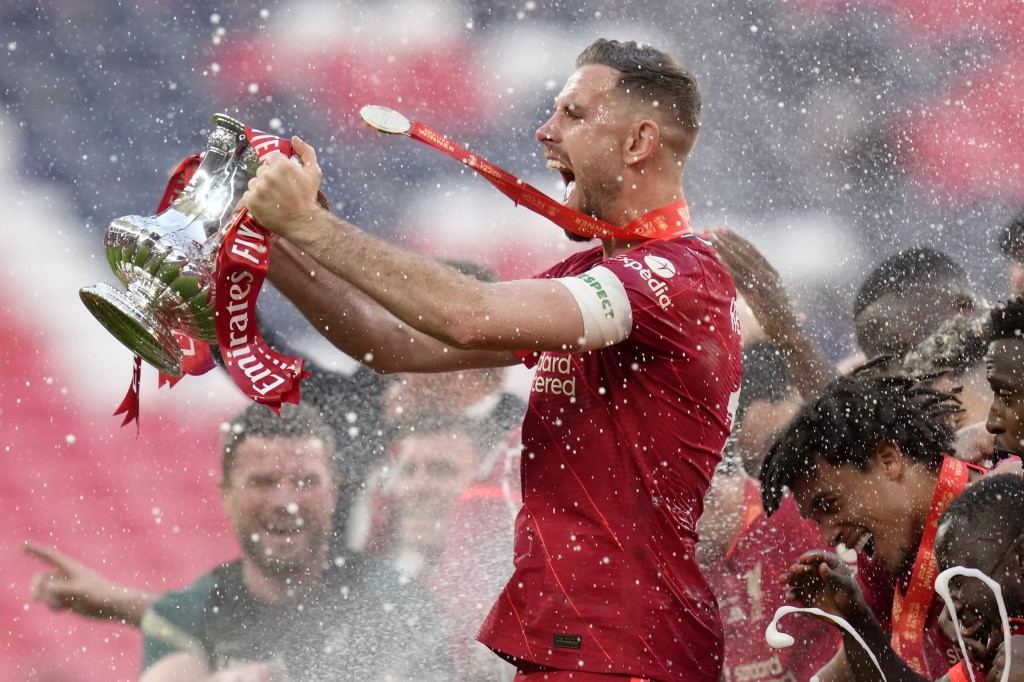 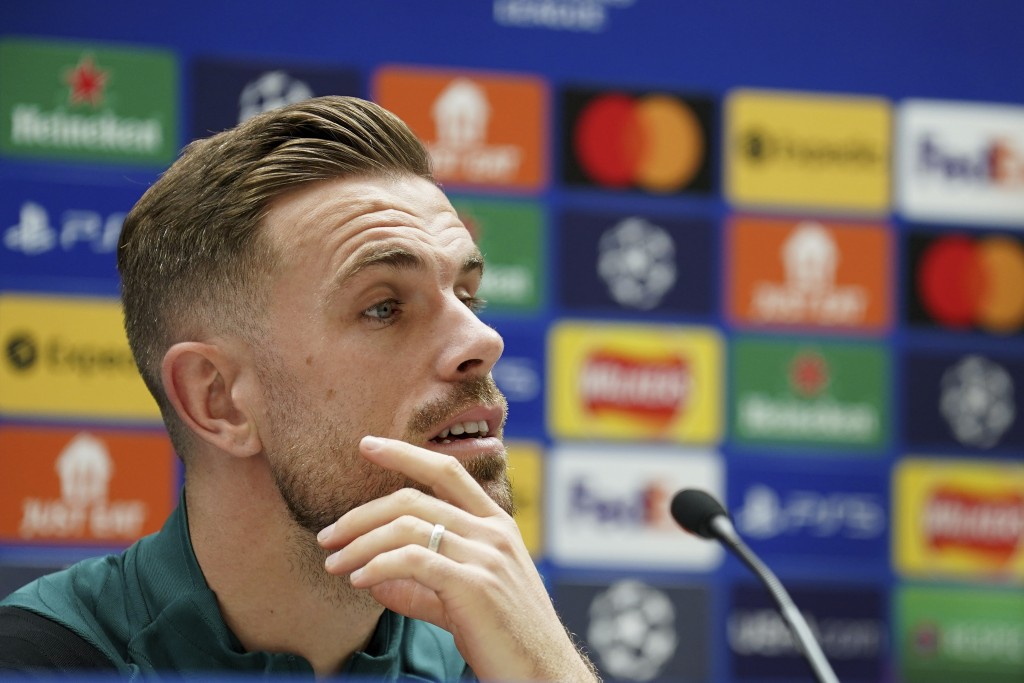 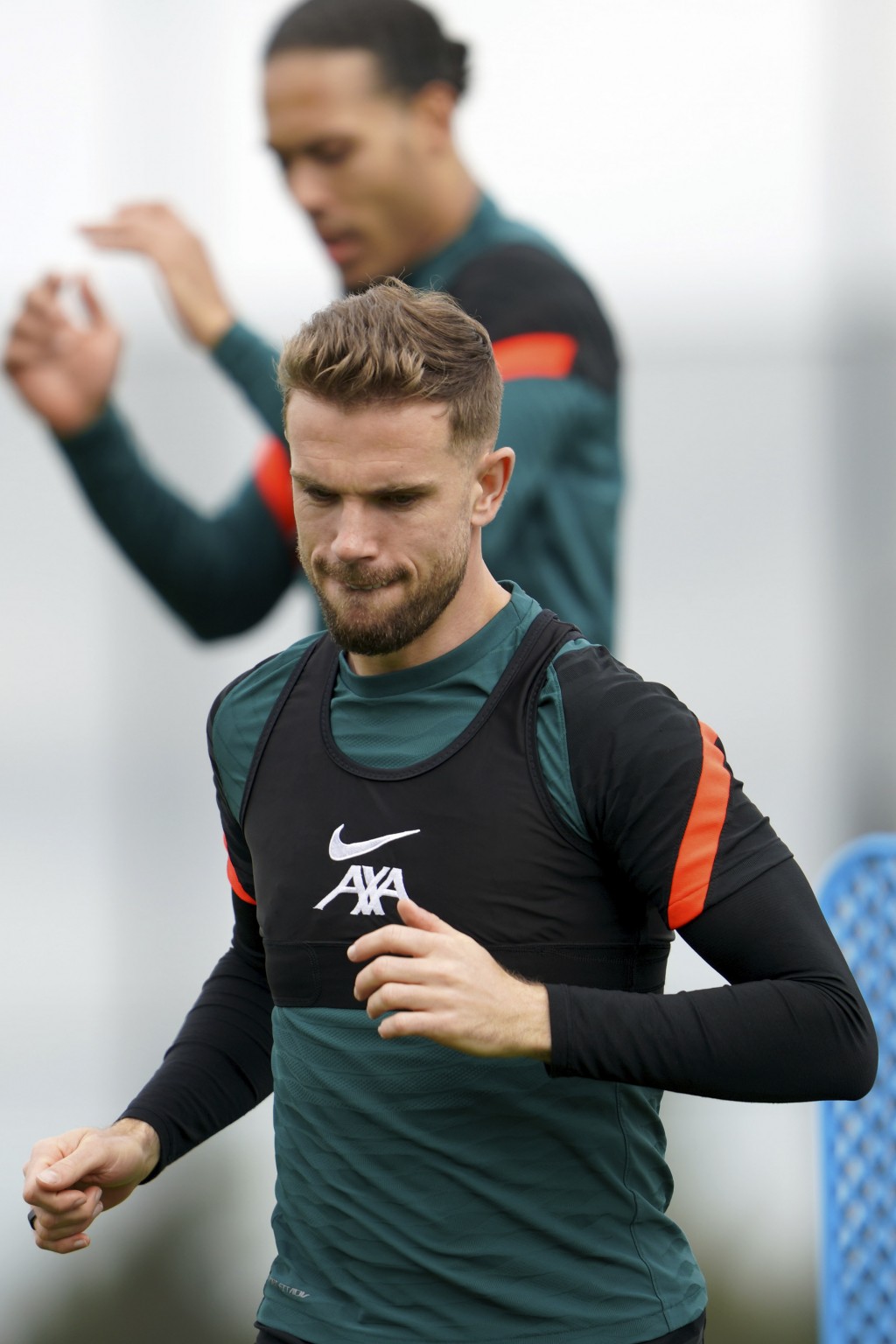 PARIS (AP) — The Cruyff Turn. The Makelele Role. It might be time to add the Henderson Shuffle to the soccer lexicon.

Especially if Liverpool wins the Champions League again on Saturday.

Jordan Henderson dancing a little jig before raising aloft a trophy has become a regular sight on podiums and in locker rooms on the club game’s biggest stage these days.

It’s happened six times now — across six different competitions — since Liverpool ended its title drought under Jurgen Klopp by capturing the Champions League in Madrid in 2019.

That Henderson, a hard-working 31-year-old midfielder from a working-class background, is the driving force behind one of the greatest-ever Liverpool teams is testament to a guy who has proved adept at answering back to the critics.

From the soccer field to the British parliament.

Henderson, after all, has a heart of gold to go along with his dancing feet.

It was Henderson who, in 2020 when soccer stars were called on by Britain’s health secretary to “take a pay cut and play their part” at the start of the pandemic, reached out to his fellow Premier League captains in leading an initiative to raise money for the overwhelmed National Health Service.

He was honored with an MBE — or Member of the Order of the British Empire — for his fundraising. It might have felt especially important to Henderson to help give something back to health workers following his father’s treatment for cancer in 2013.

Fittingly, Brian Henderson was there inside Madrid’s Wanda Metropolitano Stadium to see his son lift the European Cup in ’19. They shared an emotional embrace by the side of the field after the 2-0 win over Tottenham, making for one of the standout images of a final which launched Liverpool’s latest era of success.

“You realize,” Henderson said about his team, “actually it’s about the journey and getting there, doing it all over again and enjoying it.”

Henderson’s journey with Liverpool began in 2011 when he was signed by then-manager Kenny Dalglish, three years after penning his first professional contract with his hometown club, Sunderland.

Within a year, Henderson was given the option to leave Anfield, having been told in a frank discussion with Liverpool’s new manager, Brendan Rodgers, before a preseason friendly that he wouldn’t be starting very often that season.

Henderson said he “cried a little bit and was devastated” but decided to stay on and “prove people wrong.” By 2015, he had been appointed as captain — taking the armband off club great Steven Gerrard — and has gone on to win more than Gerrard ever did, including that elusive Premier League title in 2020.

Henderson, nicknamed “Hendo” by his teammates, will become the first Englishman to lead a team in three European Cup finals — he also did so in the 2018 loss to Real Madrid — and could join a select band of players to be the title-winning captain twice.

Not bad for a player who was overlooked by the great Manchester United manager, Alex Ferguson, because of his awkward running style.

“We noticed,” Ferguson wrote in his 2013 autobiography, “that Henderson runs from his knees, with a straight back, while the modern footballer runs from his hips.

“We thought his gait might cause him problems later in his career.”

Well, Henderson is about to finish the 14th season of his pro career having made 57 appearances for Liverpool — more than any other player this season — and 62 for club and country.

“Physically, I think again my numbers probably speak for themselves this season,” Henderson said this week, in comments which could easily have been directed at Ferguson. “I played a lot of games, I’ve felt really good.”

So expect Henderson to start in central midfield alongside fit-again anchorman Fabinho and either Naby Keita or Thiago Alcantara, who is fighting to recover from an Achilles tendon injury.

Henderson doesn’t always finish Liverpool’s games, though, and it’s that kind of fitness management which has allowed the captain to stay the course in this most grueling of seasons where his team has played every match possible in all the competitions it competed.

“You never know when the last chance to play a Champions League final is. That is why the next opportunity is the biggest one and this opportunity on Saturday is huge,” he said.

“It is everything to us and that is why we will give it everything. Things can change so quickly in football.”

With his career arc, Henderson is the personification of that.