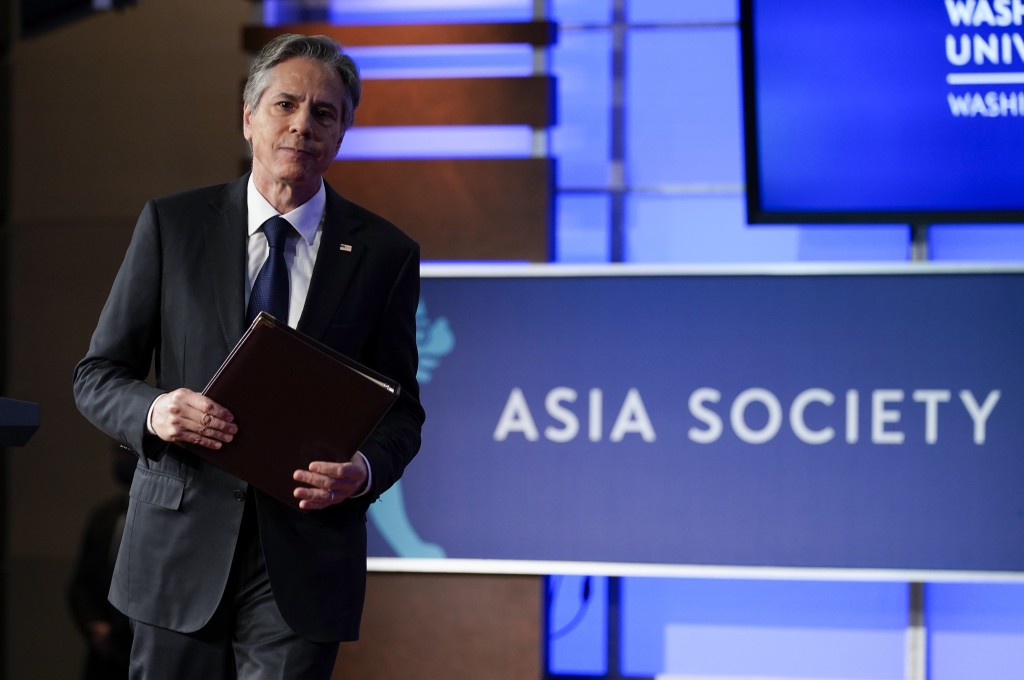 Blinken made the remarks while speaking at an Asia Society Policy Institute event held at George Washington University, where the secretary of state laid out the Biden administration’s policy toward China.

During the speech, Blinken emphasized that U.S. policy toward Taiwan has not changed, and that Washington remains committed to its “one China policy." This is guided by the Taiwan Relations Act, the Three Joint Communiques, and the Six Assurances.

“We oppose any unilateral changes to the status quo from either side. We do not support Taiwan independence. And we expect cross strait differences to be resolved by peaceful means,” he said. Blinken added that America has an interest in maintaining peace across the Taiwan Strait and helping provide a sufficient self-defense capability as laid out in the Taiwan Relations Act.

Washington enjoys a strong, unofficial relationship with Taipei, and the U.S. will continue to expand cooperation with the country, while also supporting Taiwan’s meaningful participation in the international community and deepening economic ties, Blinken said.

While U.S. policy has not changed, Blinken noted what has changed is Beijing’s growing coercion toward Taiwan. He noted China’s attempts to cut off Taiwan’s relations with other countries in the world and its efforts to block Taipei from participating in international organizations.

“Beijing is engaged in increasingly provocative rhetoric and activity,” Blinken said, “Like flying PLA aircraft near Taiwan on almost a daily basis.” He added, “These words and actions are deeply destabilizing. They risk miscalculation and threaten the peace and stability of the Taiwan Strait.”