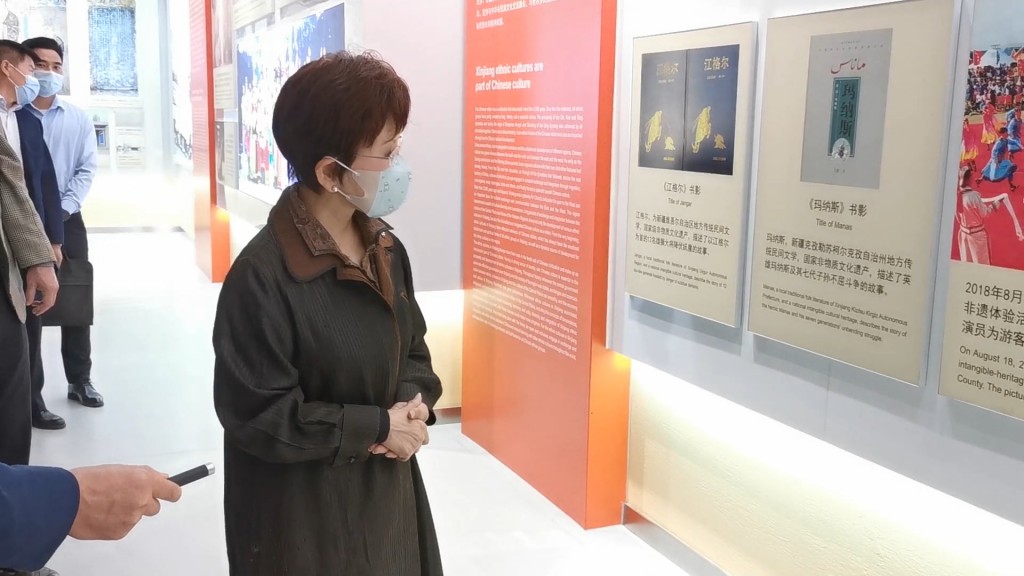 Hung uploaded a post announcing that she had arrived in Xinjiang and uploaded photos of her visiting a cultural center. She claimed that in recent years Xinjiang has been "used by Western countries as one of the subjects to question human rights issues in mainland China."

Hung vowed that "no matter how much this land is covered by the dust of political saliva, we believe that there is always one truth!" She asserted that only by visiting Xinjiang in person can one "see and hear clearly why these disputes came about."

As part of her investigation into the situation in Xinjiang, Hung's first choice was to visit the "Xinjiang Anti-Terrorism and De-radicalization Struggle Exhibition." Hung wrote, "Many friends may not know that since the end of the last century, all parts of Xinjiang have been shrouded in the shadow of terrorist attacks."

Hung said the exhibition displayed many "bloody photos and videos, as well as weapons used by thugs." According to Hung, every scene told a story of "one tragic terrorist attack after another."

The former KMT chairwoman then rattled off a list of alleged terrorist attacks in the 1990s, early 2000s, and 2010s that were reported in Xinjiang, as well as the 2014 Kunming attack. Hung alleged that such incidents are "just the tip of the iceberg" and that in the past in Xinjiang there were "several terrorist attacks every year."

She wrote that efforts to fight terrorism in Xinjiang have taken many years of hard work at an "extremely high price." She added that over the past five years, there have been no terrorist attacks or riots in Xinjiang.

Hung boasted about visiting many tourist attractions over the past few days, and "saw that people of different ethnicities, skin colors, and dialects can get along with each other, singing and dancing together, and working hard for life together." She reflected on "how hard it is to live a stable and peaceful life," and pledged to post further accounts of her tour of Xinjiang.

That same day, a massive trove of more than 10 gigabytes of hacked Chinese police photographs and documents verifying human rights violations in the region called the Xinjiang Police Files was published by an international consortium of 14 media companies. According to the consortium, the files prove the "prison-like nature of re-education camps," demonstrates direct involvement by top Chinese leaders in the mass internment campaign, and provides an inside look at the internment of 1-2 million Uyghurs and other ethnic groups in Xinjiang.

Among the information leaked is documentation showing that Chen Quanguo, the former Chinese Communist Party Committee Secretary of Xinjiang, had issued shoot-to-kill orders for any prisoners trying to escape the "vocational education and training centers" in 2018. The leaked data also shows that from 2017 to 2018, 12% of adult Uyghurs from just one Uyghur county had been detained, with the youngest being 15 years old. 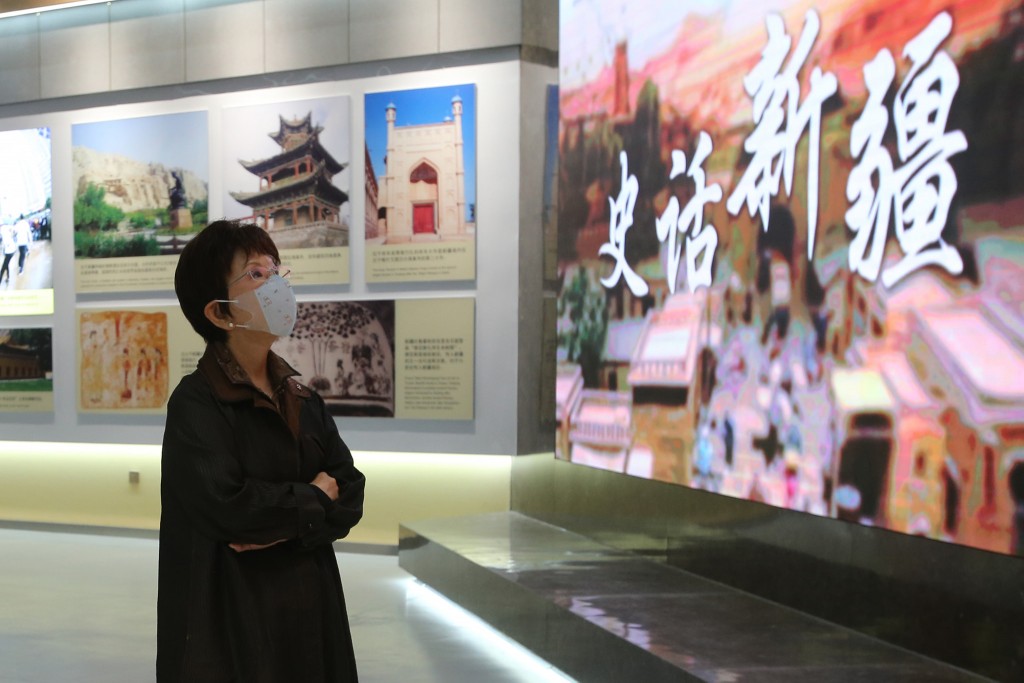