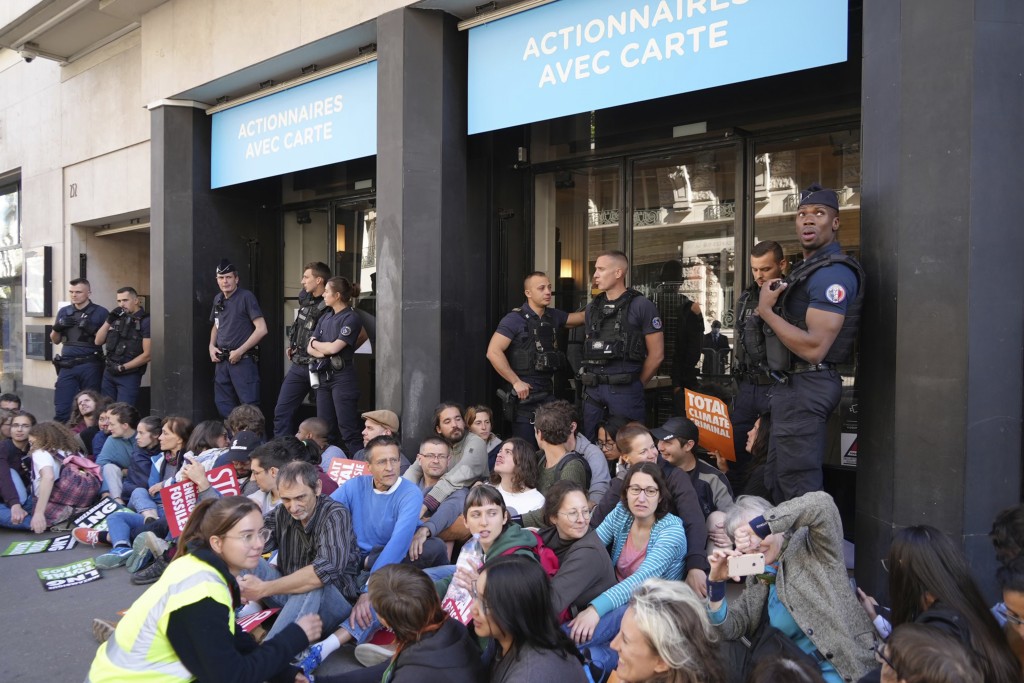 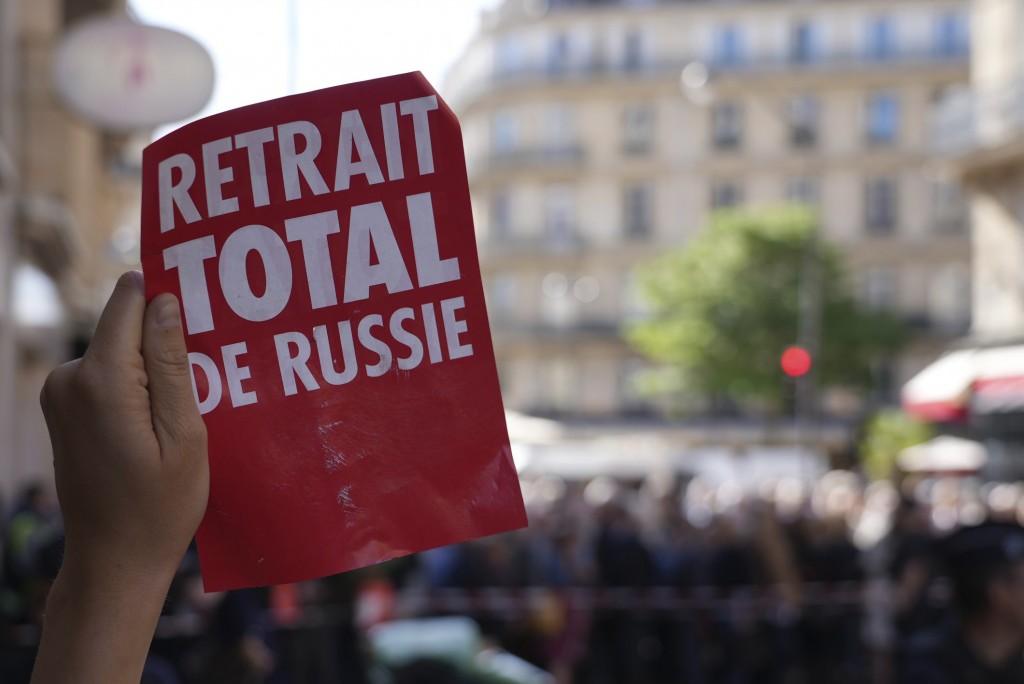 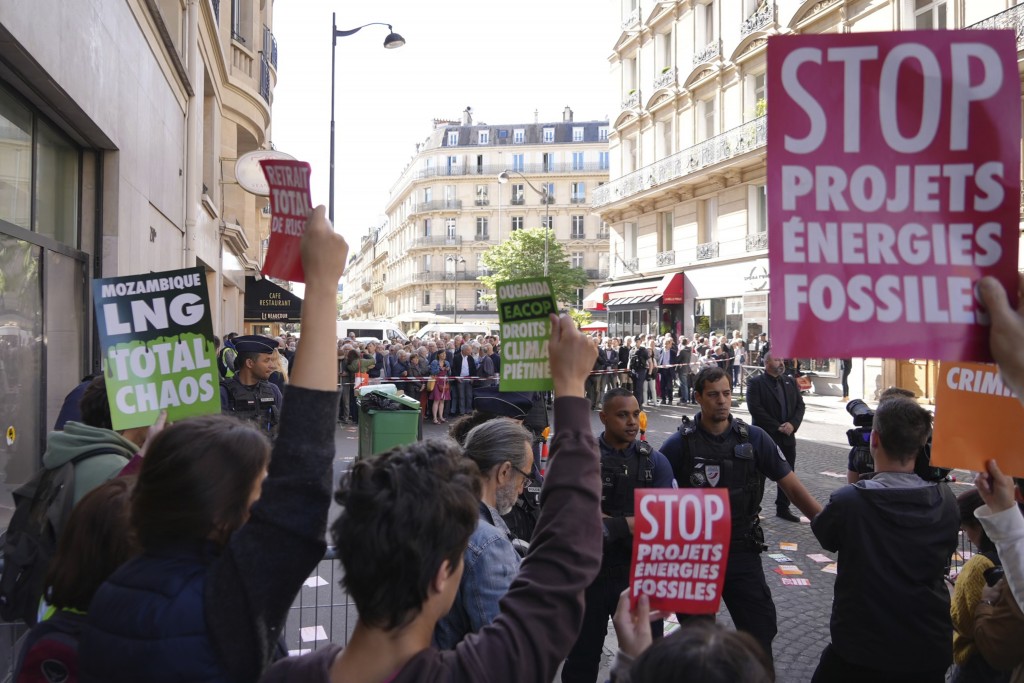 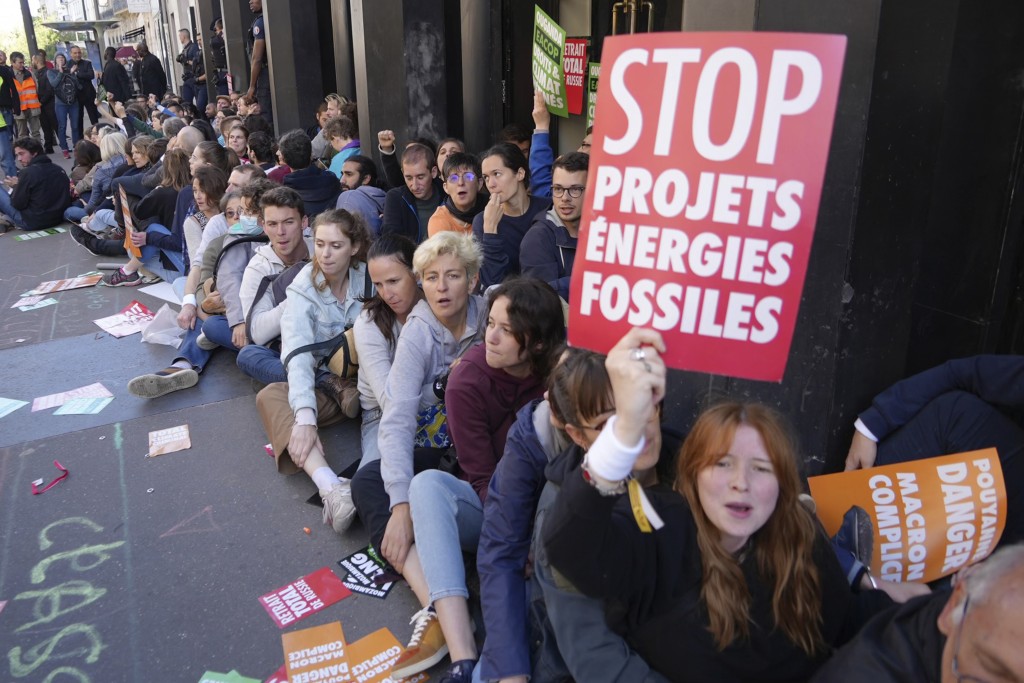 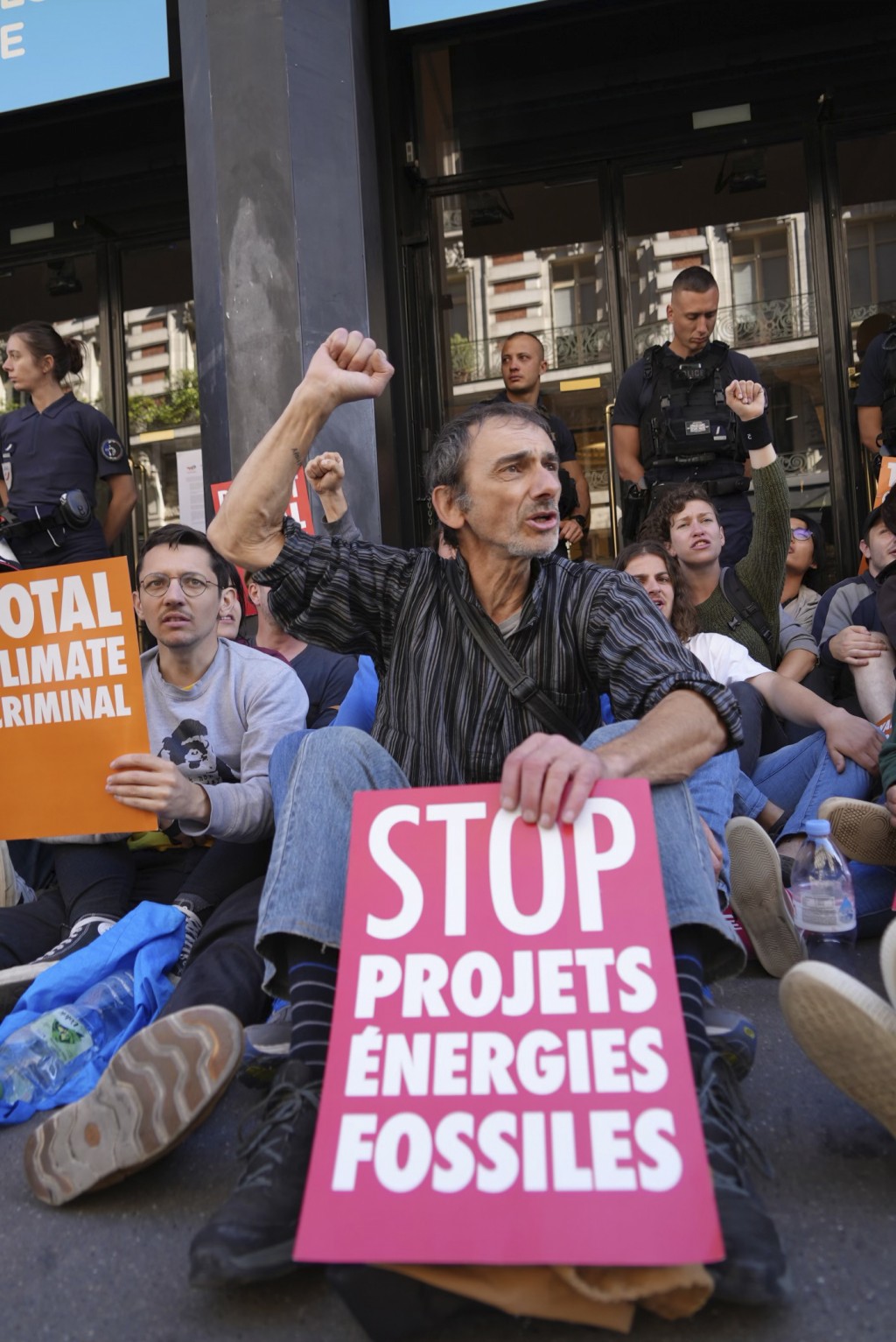 TotalEnergies, which was renamed last year from Total, tweeted that due to activists impeding access to the meeting, “it unfortunately won’t be possible for our shareholders to join us.” It said interested viewers could follow the meeting on the company website.

Protesters representing Greenpeace, Friends of the Earth and other environmental organizations denounced TotalEnergies for its huge presence in Russia as well as an oil pipeline project in Uganda and Tanzania that the protesters denounced as a “climate bomb.”

In a statement, TotalEnergies did not comment on the protest disruption or on Russia, but highlighted its progress on sustainability. It said it was on track to going carbon neutral by 2030.

TotalEnergies published in March its “principles of conduct” in Russia, which said the company would “gradually suspend its activities" there and strictly comply with European Union sanctions “no matter what the consequences on the management of its assets in Russia.”

The statement said TotalEnergies does not operate oil or gas fields or liquefied natural gas plants in Russia, but has numerous stakes in various Russian firms. It said the company continues supplying Europe with liquefied natural gas from a plant in Russia's Yamal Peninsula to honor long-term contracts “as long as Europe’s governments consider that Russian gas is necessary.”