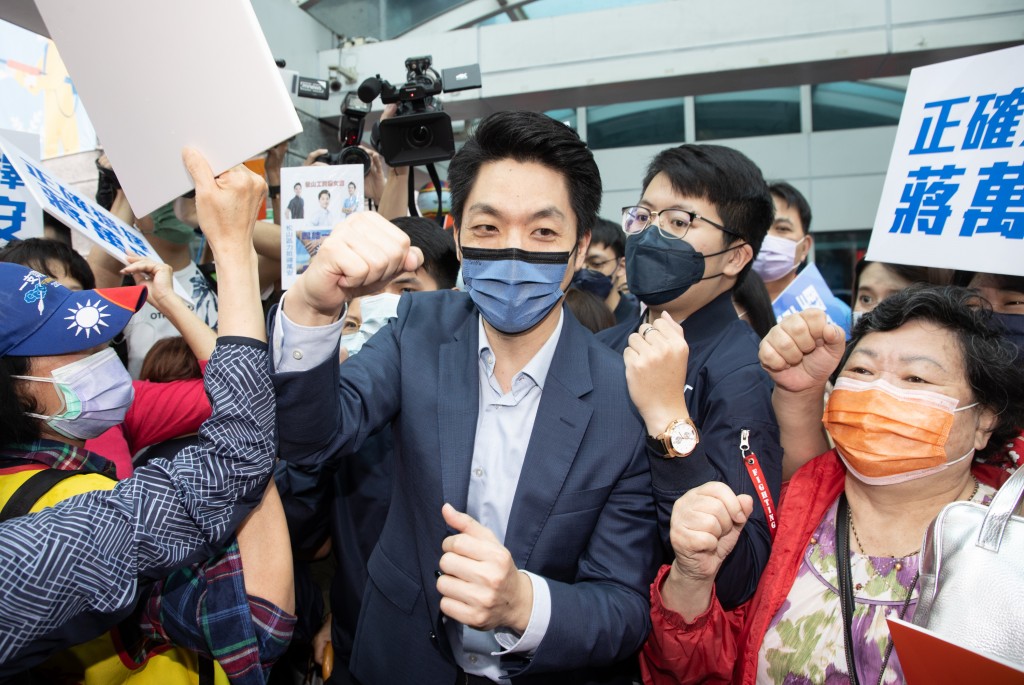 TAIPEI (Taiwan News) — The Kuomintang (KMT) on Wednesday (May 18) named Legislator Chiang Wan-an (蔣萬安), a great-grandson of the late dictator Chiang Kai-shek, to run for mayor of Taipei City in the Nov. 26 election.

Chiang, 43, is a son of former Foreign Minister John Chiang (蔣孝嚴), who was born in China out of wedlock to Chiang Kai-shek’s son, Chiang Ching-kuo (蔣經國), and a woman surnamed Chang (章). He originally took his mother’s surname, but he and his family later changed their names to Chiang.

Chiang Wan-an, also known as Wayne Chiang, studied and practiced law in the United States before returning to Taiwan and winning a seat in the Legislative Yuan in 2016.

At present, no other party has named an official candidate for the capital’s top position yet, but Health and Welfare Minister Chen Shih-chung (陳時中) and former Transportation Minister Lin Chia-lung (林佳龍) have often been mentioned by the media as potential Democratic Progressive Party (DPP) candidates.

At Wednesday’s meeting, the KMT also nominated former lawmaker Hsieh Kuo-liang (謝國樑) as its candidate for mayor of Keelung City and Legislator Hsu Shu-hua (許淑華) as its candidate to run for Nantou County, CNA reported.

The nominations followed the local uproar about KMT Chair Eric Chu’s (朱立倫) selection of former Premier Simon Chang (張善政) as the party’s candidate for mayor of Taoyuan City. Chu and Chang have since apologized for the suddenness of the announcement and scheduled meetings with disgruntled local politicians.