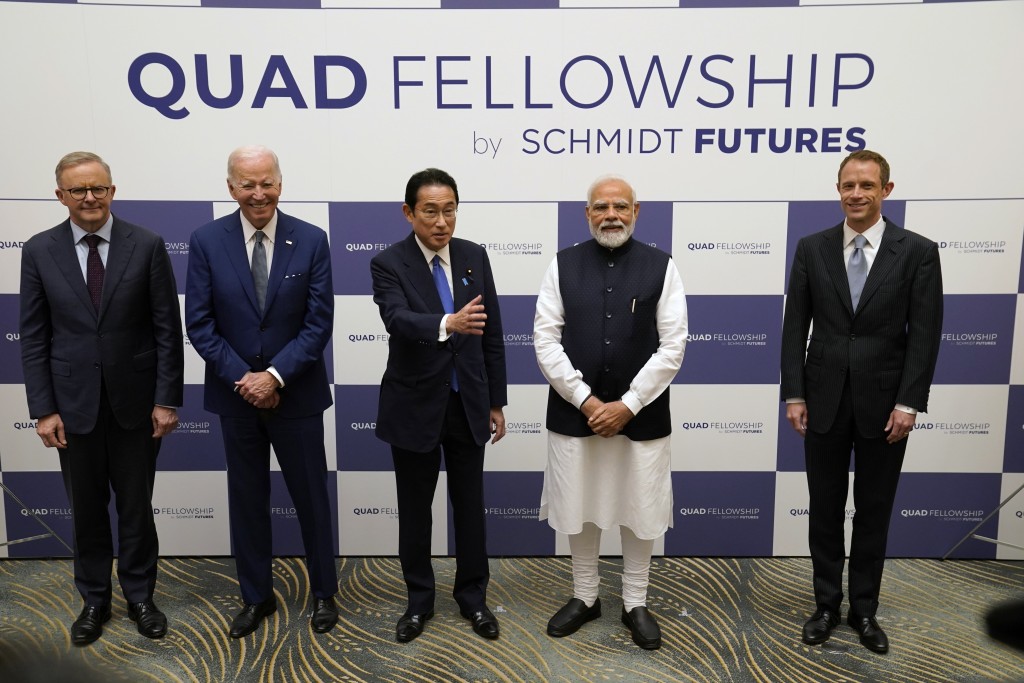 TOKYO, May 24 (Reuters) - Leaders of the Quad grouping of countries, including India's Narendra Modi, shared concerns over the situation in Ukraine at their meeting in Tokyo, Japanese Prime Minister Fumio Kishida said on Tuesday.

"The four leaders had candid discussion on the impact of the Ukraine situation on the Indo-Pacific region, and we, including India, expressed our concern over the tragic war in Ukraine, and confirmed that principles such as the rule of law, sovereignty and territorial integrity should be observed in any region," Kishida said.

All four, including Modi, also agreed on the importance of the rule of law, sovereignty and territorial integrity, Kishida said.

India has frustrated the United States with what Washington regards as a lack of support for U.S.-led sanctions on Russia and condemnation of the invasion of Ukraine.

Moscow describes its military action in Ukraine as a "special operation".

Although India has developed close U.S. ties in recent years and is a vital part of the Quad grouping aimed at pushing back against China, it also has a long-standing relationship with Russia, which remains a major supplier of its defence equipment and oil supplies.