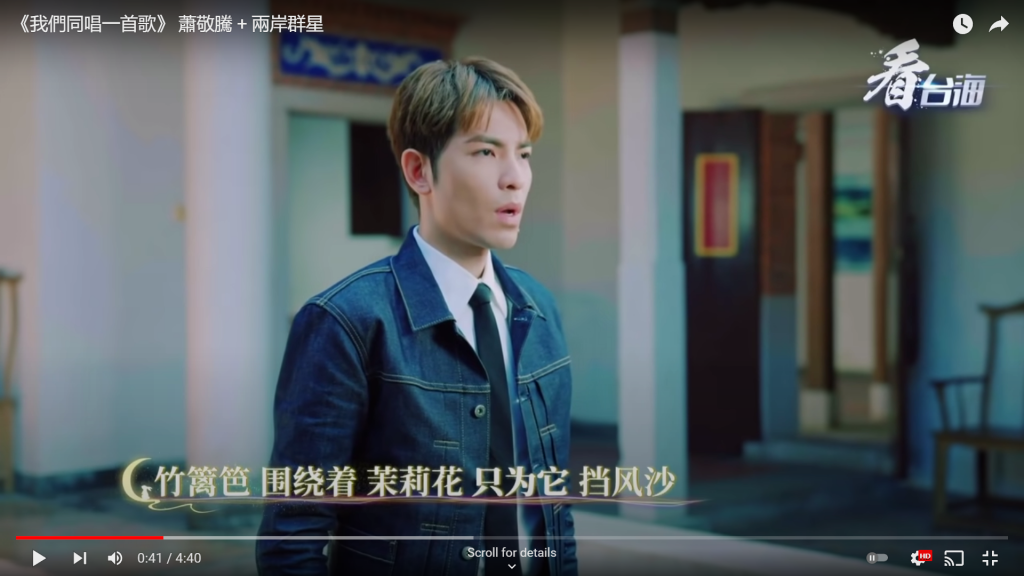 During a Legislative Yuan meeting, Parod said he regrets the statements made by some Taiwanese Indigenous celebrities in China, adding that they should not forget their ancestors. He pointed out that their behavior should be condemned, CNA reported.

Although these people may only be half Indigenous, their ancestors are still Taiwanese, and they should not make remarks that hurt Taiwan for their own personal interests, he said.

Additionally, Democratic Progressive Party Legislator Wang Mei-hui (王美惠) said that China is carrying out numerous United Front campaigns against Taiwan's Indigenous community. Indigenous celebrities like Hsiao and Tien go to China and say that they love China very much, which has a big impact on the Taiwanese public, CNA cited her as saying.

Tien recently released a video in which she said, "I am China's, China's Taiwan, Taiwan Alishan's, Alishan Tsou ethnic group." Tien was born in Chiayi County's Alishan Township in 1967; her father is from Shandong, China, while her mother is a member of Taiwan’s Indigenous Tsou tribe.

Meanwhile, Hsiao appeared in a music video with other Taiwanese singers in January that promoted unification with China.