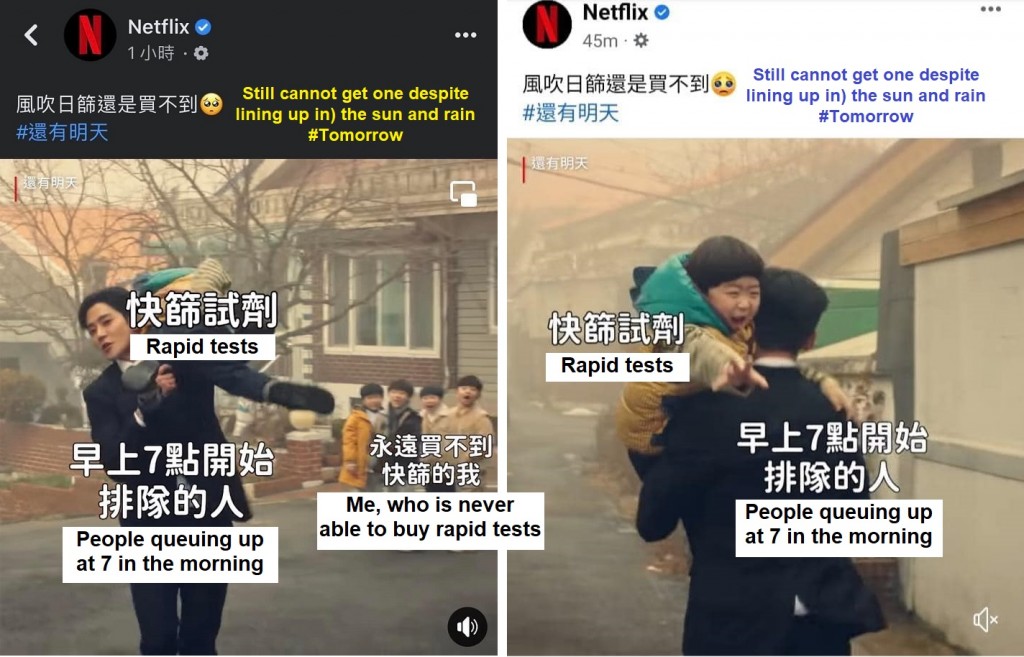 TAIPEI (Taiwan News) — Netflix Taiwan issued a public apology after receiving backlash for posting a meme about people “unable to purchase rapid tests” on Saturday (May 21).

In a Facebook post that has since been deleted, Netflix Taiwan shared a video clip from the Korean drama series “Tomorrow” that showed a man walking away from a group of children, carrying a distressed child on his shoulder. The man was labeled “People queuing up at seven in the morning,” the distressed child “rapid tests,” and the group of children “me, who is never able to buy rapid tests.”

Amid the controversy that ensued, film director Gilles Yang (楊雅喆) wrote on Facebook, “Netflix is still publicly spreading rumors. I’ve unsubscribed, bye.” He posted a screenshot of a subscription cancelation page, on which he cited “made up rumors about the [shortage]” of COVID-19 rapid tests as the reason for unsubscribing.

Attorney and author Lu Chiu-yuan (呂秋遠) responded to the incident by writing on Sunday (May 22), “If the company wants to offend someone, social media managers can comment on political issues, but political commentary is not the same as spreading rumors.”

Regarding Netflix’s deletion of the post, he wrote, “Deleting a post is not the same as apologizing. Deleting a controversial post is a choice, but if you need to apologize for spreading a rumor, deleting the post will only trigger more anger as it shows a lack of sincerity.” He added that there is no point in deleting the post anyway, as netizens are always quick to save images from the internet.

“This isn’t about being fragile! This is about spreading rumors among anxious people living in a country with almost 100,000 confirmed infections a day. It is not funny at all, and is hugely different from humor,” Lu wrote. “Politics is not just politics and entertainment is not just entertainment. For example, Netflix still cannot operate within China. Even with this post by the social media manager, the company still cannot enter the Chinese market.”

On Monday (May 23), Netflix posted an apology for the post, stating it was “inappropriate and could easily mislead the public” and did not “take into full consideration the seriousness of anti-pandemic information.” Netflix added that it would exercise more caution, reinforce its employees’ understanding of current events and social issues, and ensure its social media staff clearly realize the impact of social media marketing.

However, the apology sparked another round of debate among netizens, many of whom accused those offended by the meme of being “fragile” like supporters of the Chinese Communist Party. Some questioned why Netflix would need to apologize in a country that enjoys freedom of speech. 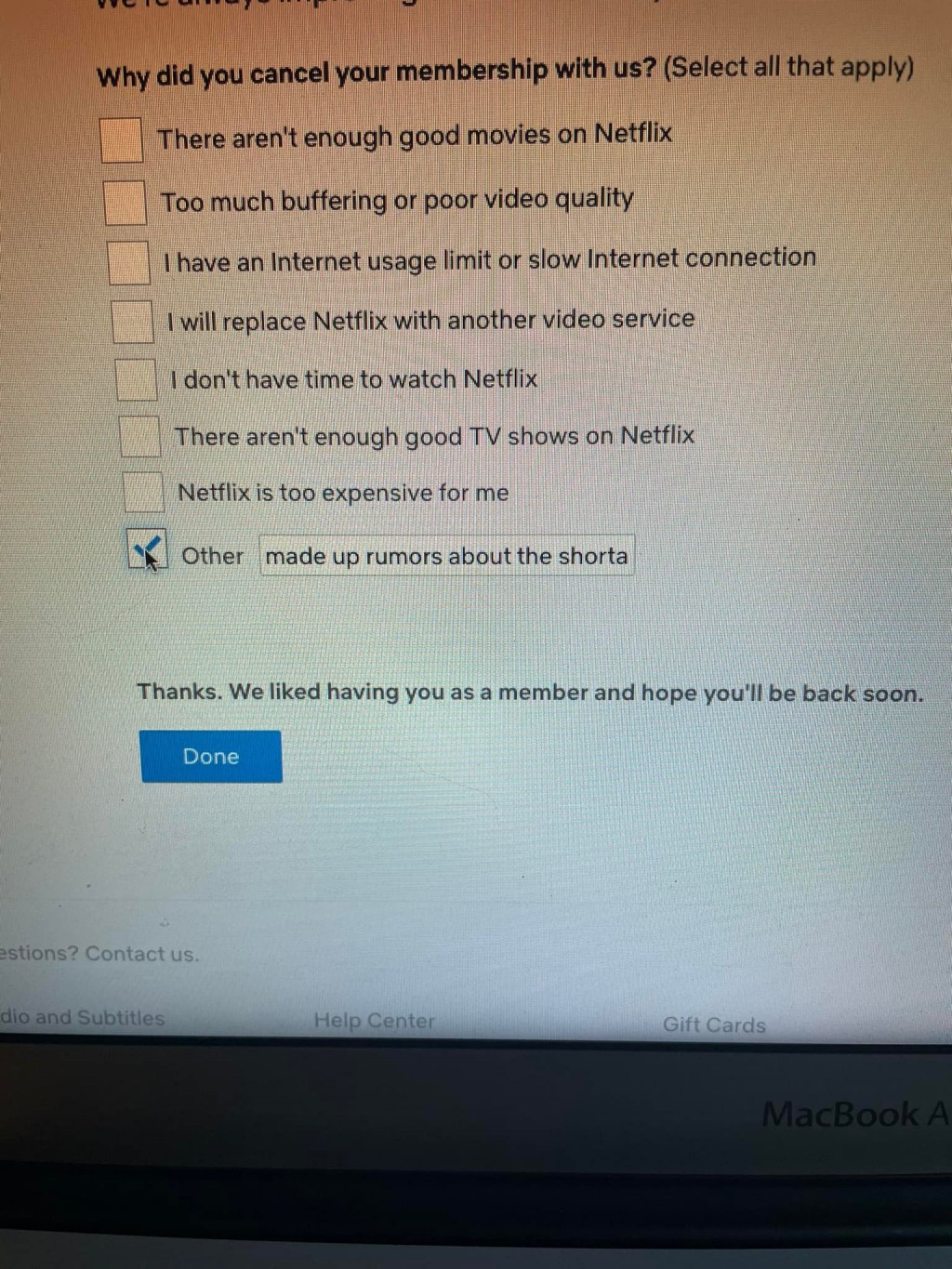