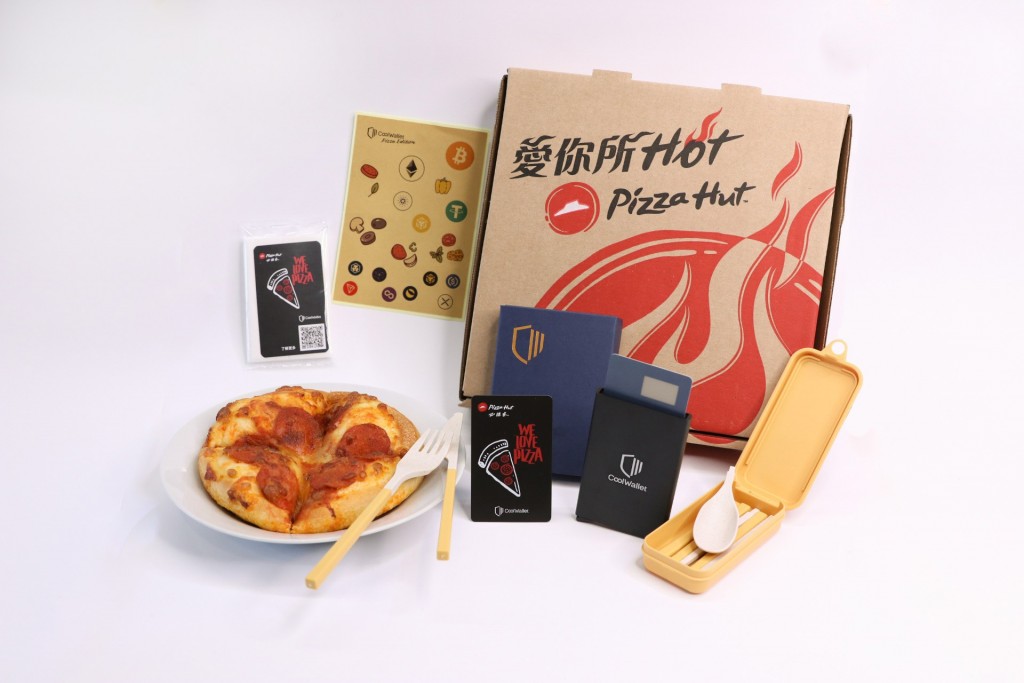 Bitcoin Pizza Day can be traced back to May 22, 2010, when American programmer Laszlo Hanyecz bought two slices of Papa John's pizza for 10,000 Bitcoins. It marked the first commercial transaction to use Bitcoin.

CoolBitX’s “CoolWallet Pro” supports 1inch and MetaMask, which allows users to save NFTs quicker and with less effort, according to the company's press release. The limited edition cold wallet costs US$159 (NT$4,703).

Additionally, CoolBitX is also hosting a raffle to give away four million Satoshi Bitcoins (1 Satoshi = 0.00000001 Bitcoin) for those who participate in the online event. From May 22 to 24, Pizza Hut customers will also be eligible for a raffle to receive free Satoshi coins or a limited edition cold wallet if they purchase a double pepperoni pizza.