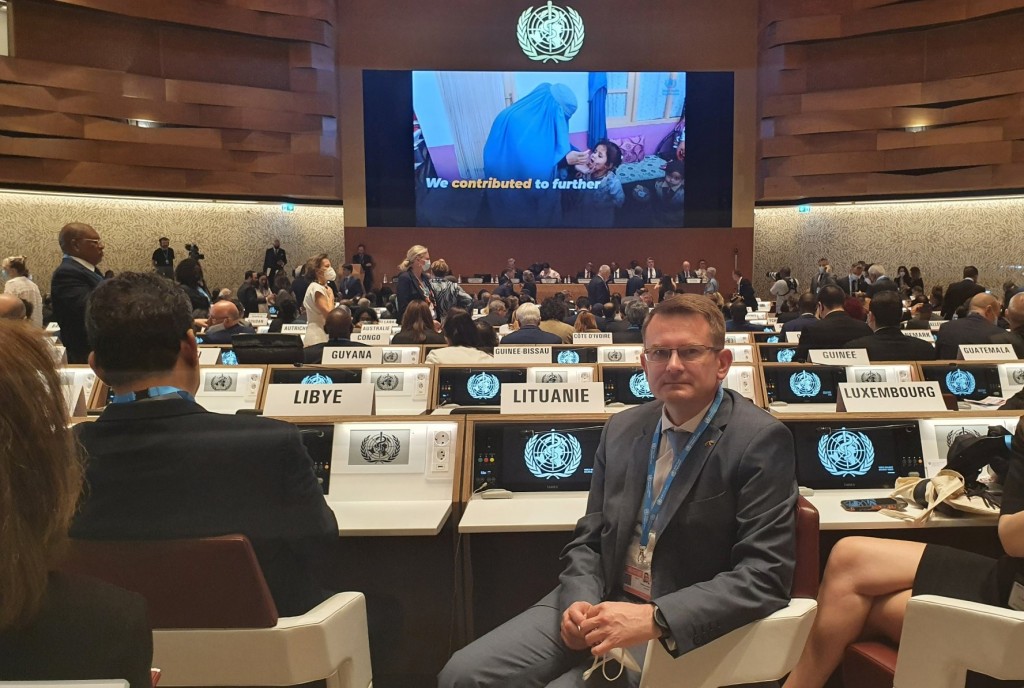 The Lithuanian Ministry of Health confirmed the meeting in a Twitter post, saying the two discussed potential future cooperation in health and agreed that the goal of this collaboration is to establish a healthy and friendly society.

Lee, who is leading a delegation of health officials, has arrived in Geneva, Switzerland, to hold meetings with other nations on the sidelines of the 75th World Health Assembly (WHA). She said she would try her best to hold bilateral talks with friendly nations.

Thirteen of Taiwan’s diplomatic allies have submitted a supplementary proposal to the World Health Organization, calling for the invitation of Taiwan in the WHA. The proposal will be reviewed behind closed doors and a final decision will be announced during the plenary session, CNA reported.