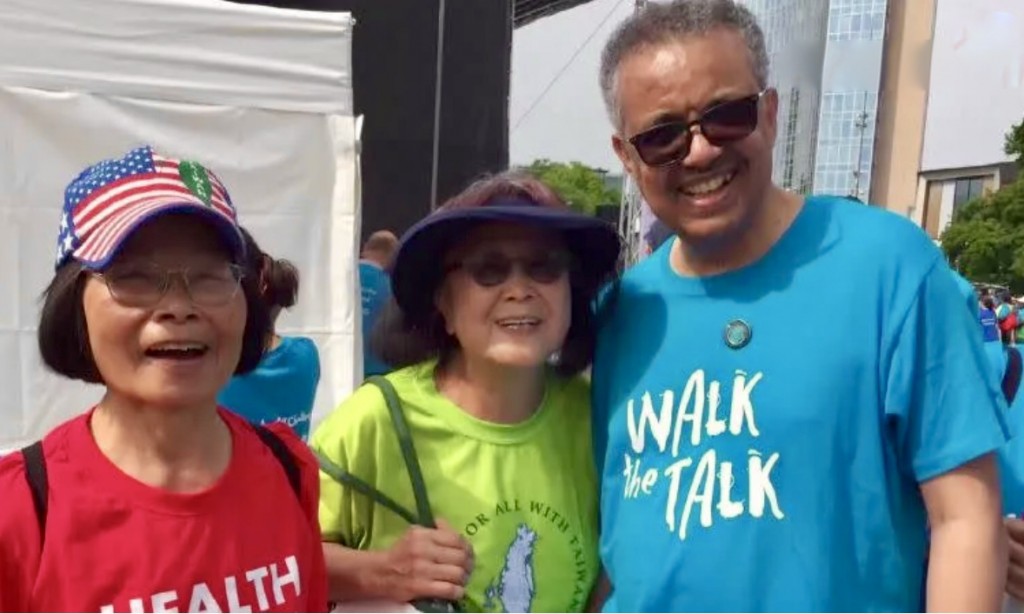 TAIPEI (Taiwan News) — On the sidelines of the 75th World Health Assembly (WHA) in Switzerland’s Geneva, a pair of activists encountered the World Health Organization (WHO) secretary-general and made it clear to him that Taiwan should be allowed to participate.

Wearing T-shirts saying, “Health for all, WHO for Taiwan” and “Health for all with Taiwan,” the Taiwanese activists met Tedros Adhanom Ghebreyesus on a walkabout. According to an SETN report, Tedros was wearing a T-shirt saying, “Walk the Talk.”

He agreed to take a picture, noted the activists' T-shirts, and reportedly told them, “Taiwan is very friendly.”

Tedros’ positive attitude contrasts with the start of the COVID epidemic two years ago when he accused some Taiwanese of being racist in their criticism of him. Since he was elected in 2017, he has been a supporter of China.

After taking up the reins of power, Tedros stopped Taiwan from attending WHO meetings as a non-voting observer. Even so, he will likely be reelected for another five-year term this month, according to reports.

Taiwan has sent representatives to Geneva to meet with health officials on the sidelines of the summit, but is not allowed to participate. However, it has put up prominent adverts at Geneva airport supporting Taiwan's bid to be included in the health organization.

The WHA is being held from May 22-28 and is the first in-person event since the start of the COVID-19 pandemic. It is being webcast with simultaneous interpretation.